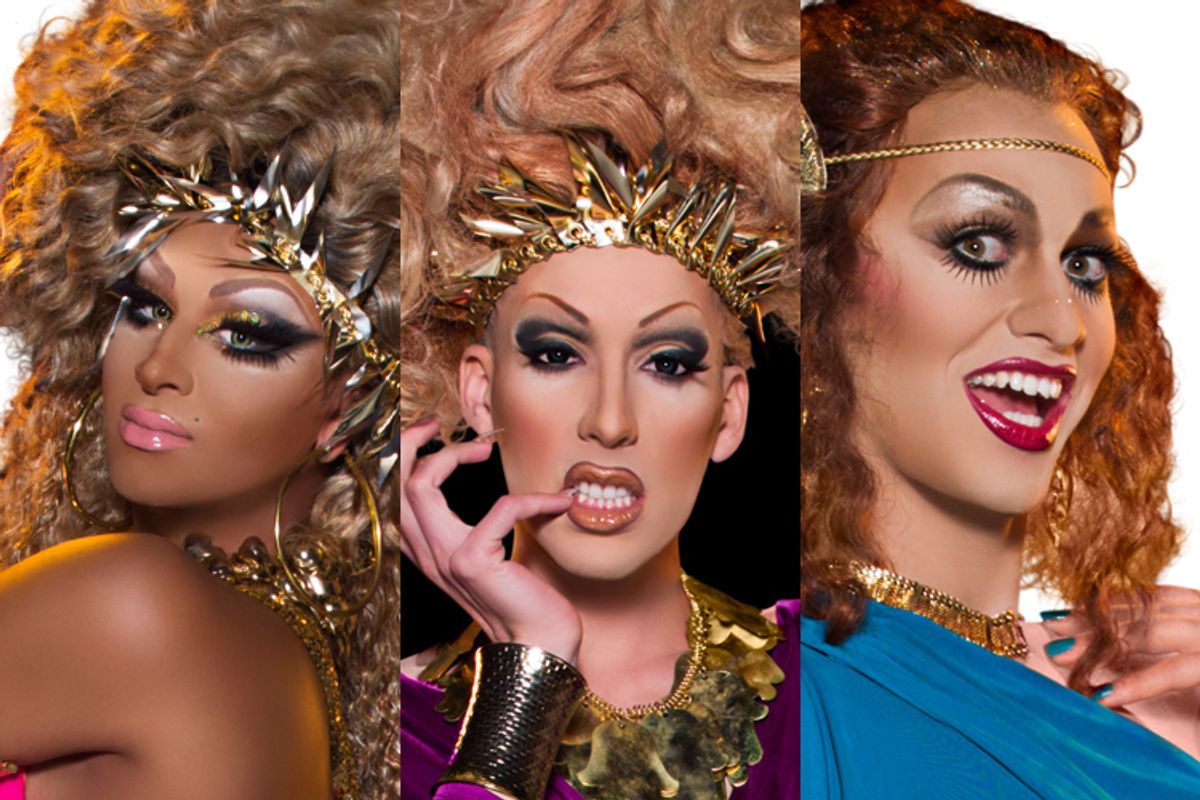 Viewers of "RuPaul's Drag Race," which will declare its winner on May 6, may have been surprised by a recent exhortation by head judge RuPaul after the final lip-sync.

The show, which features a slowly dwindling group of female impersonators fighting for RuPaul's approval, has traditionally determined eliminations and winners on the basis of its judges' whims. However, RuPaul asked viewers to show their support for finalists Roxxxy Andrews, Jinkx Monsoon, or Alaska by retweeting, commenting on Facebook and Instagram, and reblogging on Tumblr.

It's a novel way to help determine a winner -- judging won't just be based on how the queens did on the runway but how their personalities came across to those watching at home. ("Ru has not made his final decision" but will be informed by the queens' popularity, a Logo representative said via email.) And it's one that's shown results for the small cable network Logo, whose representatives boasted in an email to Salon that they had received 60,000 Facebook comments and 15,000 retweets.

"The queens have no knowledge of what’s headed their way as the season unfolds," wrote a Logo representative. "They didn’t see it coming or have prior knowledge."

"If contestants are involved in a contest and while they are involved in a continuing contest and suddenly producers change the rules -- anyone would find an ethical issue in this." However, he noted, competition-reality shows like "Survivor" have long found ways to issue surprise twists mid-game -- changing contestants' expectations of what was required to win -- thanks to contracts that make contestants "subservient to what the producers want to do."

The FCC rules governing game shows indicate that contestants must be apprised of the rules of a game show before participating:

In general, the time and manner of disclosure of the material terms of a contest are within the licensee's discretion. However, the obligation to disclose the material terms arises at the time that the audience is first told how to enter or participate and continues thereafter.

However, the FCC declined to comment on a case that had not been brought to their attention through a viewer's complaint.

Compared to the flagrant game show manipulations of the 1950s and dubious reality shows of recent years, though, "RuPaul's Drag Race" seems perhaps to be ethically pure. Though the degree to which retweets and comments on behalf of each of its three finalists would be weighed was unclear, Logo's endgame is giving viewers a victor that they're satisfied with. The only way an advantage can be earned is by winning over the audience with personality and talent -- just as, in past seasons, how contestants were supposed to win over RuPaul.