In an email to Congress, the right wing news site asked for help pushing a debunked Saudi National conspiracy 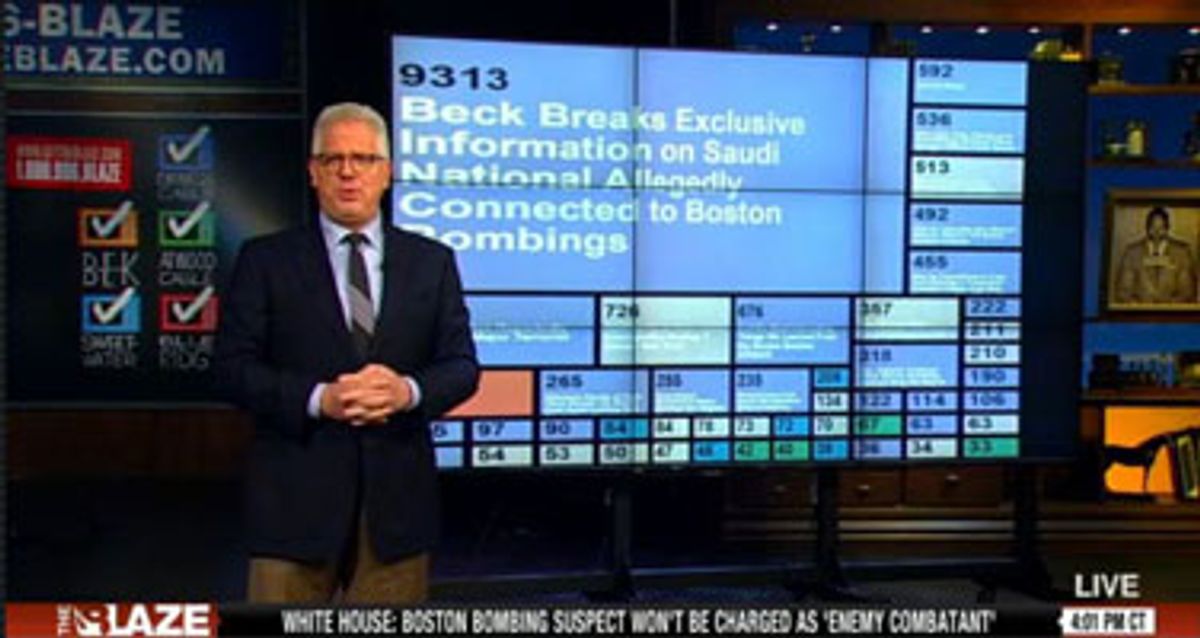 The email was obtained by Media Matters and can be found in full below:

Over the past two weeks TheBlaze has been reporting on the Saudi National, Abdul Rahman ali Al-Harbi, who was briefly detained as a potential suspect after the Boston bombing. Shortly after a search of his apartment in Revere, Massachusetts an event file was issued by the NTC designating him as a terrorist under the Immigration Nationality Act 212 (a)(3)(B)(ii)(II)  and making reference to involvement in the bombing. Twenty four hours later the file was amended to remove the terrorist designation and a short time after that removed from the system altogether. To date Homeland Security Secretary Janet Napolitano has refused to comment on the terrorist designation, first even denying Mr. Al-Harbi had ever been a person of interest before finally admitting to Congress on Tuesday that he had, in fact, been placed on the Watch List for a short time. TheBlaze believes the public has a right to know why Al-Harbi went from terrorist to nobody in the span of 48 hours. What evidence led to the designation in the first place and what transpired to reverse it a short time later.

Would you be willing to raise those issues with Ms. Napolitano or Mr. Robert Muller at the FBI and report your findings to the American public?