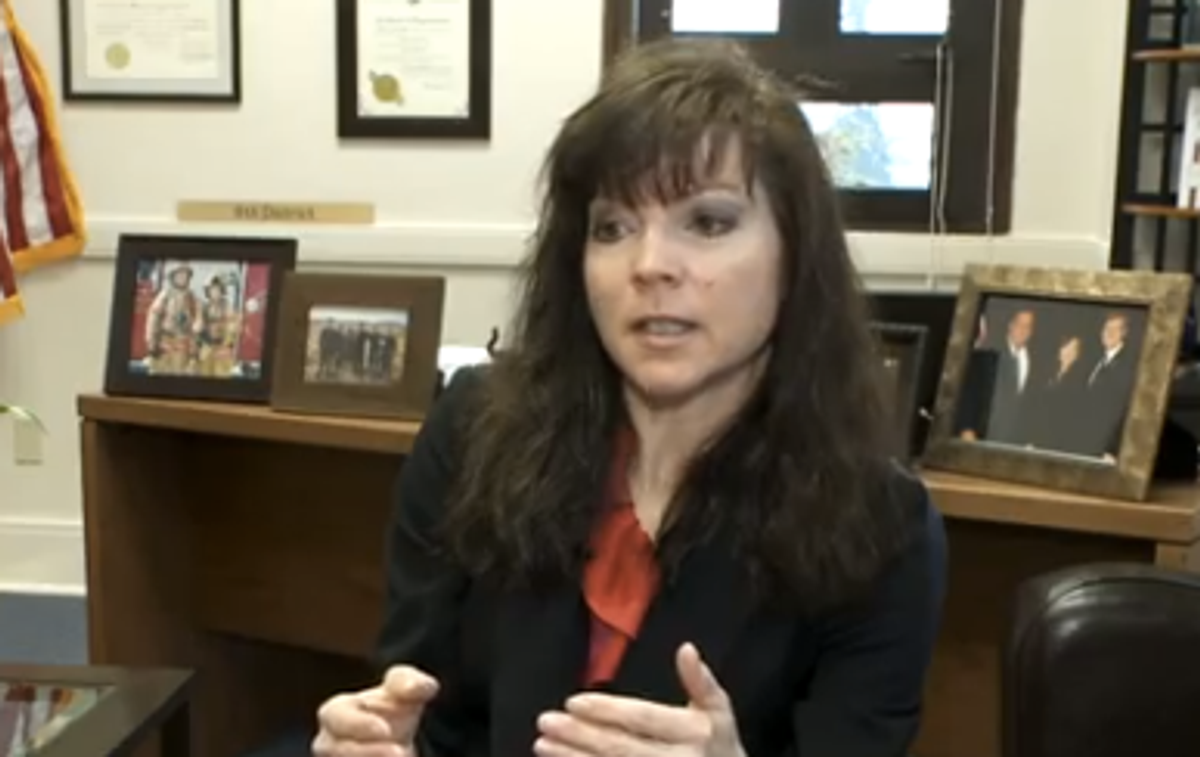 Washington state Sen. Sharon Brown and 11 other Republican lawmakers have introduced a bill to legalize discrimination against gays and lesbians based on a business owner's "sincerely held" religious beliefs, philosophical beliefs or "matters of conscience." The measure would also undermine current state anti-discrimination law.

Senate Bill 5927 would not allow businesses to deny services to people based on race, religion, disability or other protected classes under federal law; but being gay or transgender is not a protected class, so discriminating against them is fair game, according to the bill:

The right to act or refuse to act in a manner motivated by a sincerely held religious belief, philosophical belief, or matter of conscience may not be burdened unless the government proves that it has a compelling governmental interest in infringing the specific act or refusal to act and has used the least restrictive means to further that interest.

Brown defended the measure as "protection" for people and religious organizations "burdened" by, it seems, the very existence of gay people: "There's a glaring lack of protection for religion in state law," she told the Associated Press.

Josh Friedes, a spokesman for Equal Rights Washington, said the bill "undermines our entire approach to ensuring the equality of all Washingtonians in commerce," calling it "discrimination, pure and simple."

The measure comes on the heels of state Attorney General Bob Ferguson's decision to file a consumer protection lawsuit against Arlene’s Flowers and Gifts in Richland. Shop owner Barronelle Stutzma refused to provide flowers for a gay couple's wedding, citing her "relationship with Jesus Christ" as a justification. Ferguson's complaint states: “Under the Consumer Protection Act, it is unlawful to discriminate against customers based on sexual orientation.  If a business provides a product or service to opposite sex couples for their weddings, then it must provide same-sex couples the same product or service.”