Elephant poaching on the rise in Central African Republic 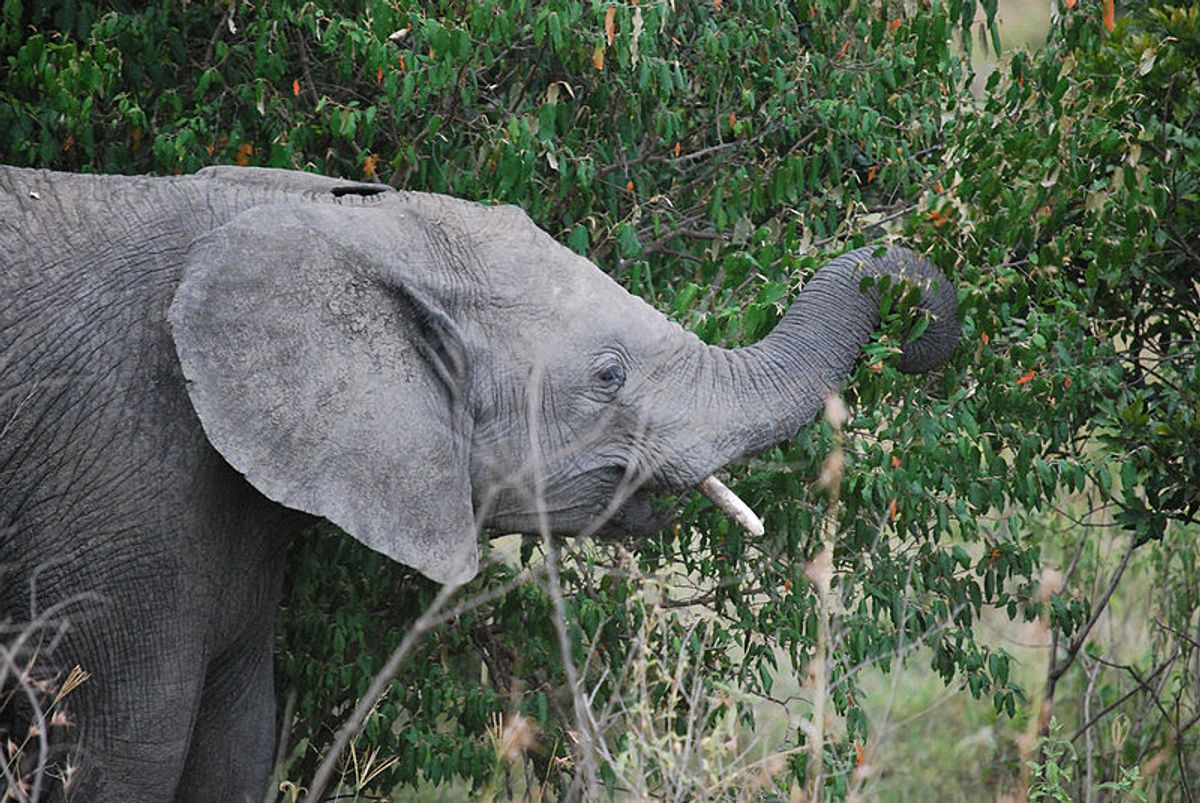 NAIROBI, Kenya — Elephant poachers in the Central African Republic are taking advantage of political turmoil to hunt in protected areas to sell the animals' meat and tusks.

The already-rampant poaching trade — fueled by high ivory demand from Asia and responsible for the slaughter of between 20,000 and 30,000 elephants a year in Africa — has been further exacerbated by the ousting of President Francois Bozizé last month, Reuters reported.

"The situation is really quite dangerous," Bas Huijbregts, the World Wildlife Fund's head of policy in the region, told Reuters.

The World Wildlife Fund, which has been working on conservation projects in the CAR since the 1980s, reported that the poaching is occurring in protected areas like the Dzanga-Sangha, a UNESCO World Heritage Site.

Although it did not offer exact numbers, the WWF said in their statement that "initial reports indicate [the slaughter] may be extensive" and that poachers were openly selling elephant meat in local markets.

Poaching has long been a problem across central Africa where government control over territory is often tenuous and easy access to weapons means poaching gangs are frequently more heavily armed than the rangers or soldiers meant to protect wildlife.

Herds have been catastrophically reduced in recent years as demand for ivory in China and elsewhere in the Far East has soared because growing economies have provided greater disposable income for luxury items.

In just a couple of weeks early last year, as many as 200 elephants were killed by poachers in Chad.

The World Wildlife Fund and the Wildlife Conservation Society are calling on CAR's new government to increase security for the animals in order to stop the "slaughter," but with rebel leaders struggling to establish their grip on power, the elephants aren't likely to be a high priority.

Africa's elephant population has declined since the late 1970s from 1.3 million to as low as 472,000, National Geographic reported.

"Heroic rangers are standing firm in the face of immense danger, but they alone cannot safeguard the special species and places the world treasures," WWF director Jim Leape said in a joint statement with the Wildlife Conservation Society.

Both organizations have pulled their staffs out of the region as the violence has escalated.

"I recently visited CAR and saw first-hand that without a full-time conservation presence in the region, these elephants are in jeopardy from poachers," said WCS President Cristian Samper.

Eight conservation organizations in the Congo basin, including the African Parks Network and TRAFFIC, met in Brazzaville to discuss ways to curb the poaching.

They have urged the African nations affected to solidify their relationships with Asia's biggest ivory importers, such as China and Thailand, to stem the flow of illegally-poached ivory, NBC News reported.

Representatives from the affected regions' governments will meet next week to discuss proposals.