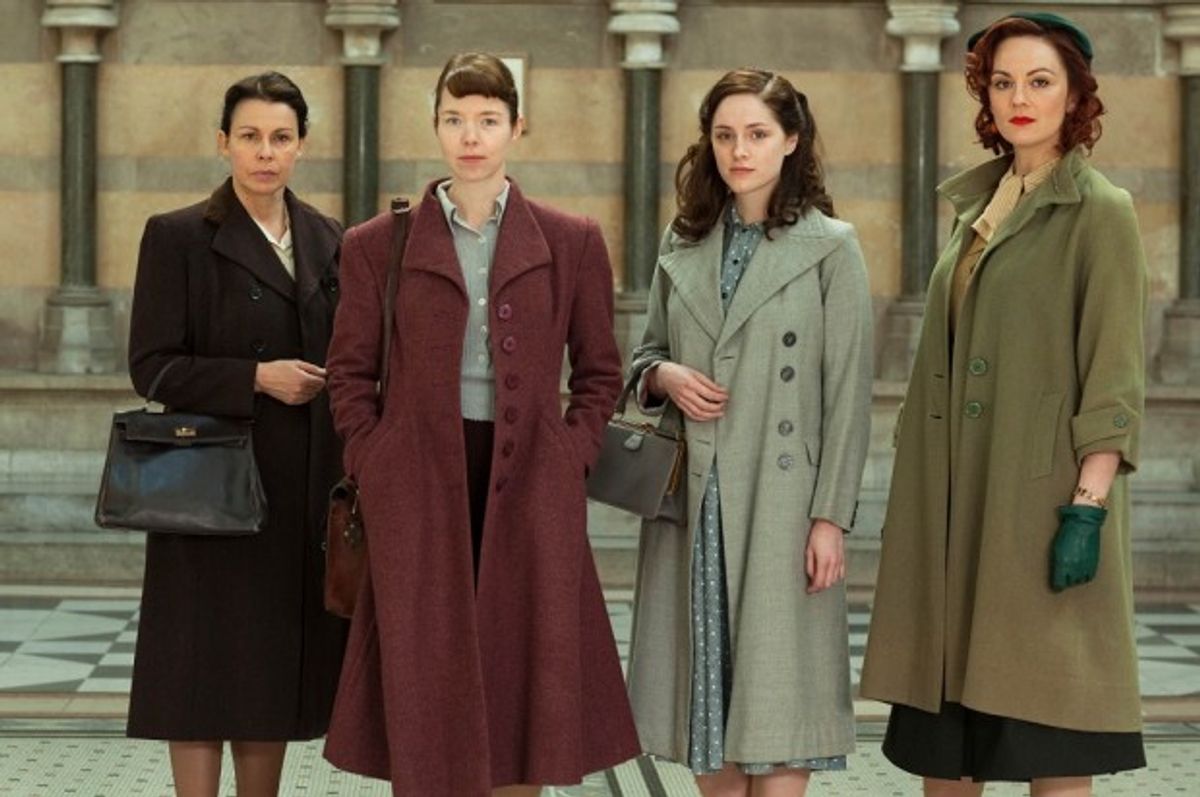 Laura Miller, who generally does not have “patience for the touchstones of foodie literature,” was pleasantly surprised by Michael Pollan’s “Cooked,” written from the perspective of a journalist and gardener rather than a celebrity chef:

His effort to deepen his understanding of the process of turning food into meals is the subject of his latest book, “Cooked: A Natural History of Transformation.” I wish I could say “Cooked” is entirely free of moments of flabby philosophizing (“Isn’t it always precisely when we are most at risk of floating away on the sea of our own inventions and conceits that we seem to row our way back to the firm shore that is nature?”), but they are rare. Admittedly, the book’s thematic structure is also a shade precious. It’s divided into four sections according to what the ancients perceived to be the four elements — fire, water, air and earth — each attributed to a different cooking method — grilling, braising and other forms of cooking in liquids, baking and fermentation. As ever, Pollan makes each of these themes the occasion for real thought as well as some energetic reporting.

Kyle Minor recommends listening to “Let’s Explore Diabetes With Owls,” narrated by author David Sedaris himself, for the depth and emotion that the author’s voice adds to his comedic writing:

This special quality — Sedaris writes for the listener first, and the reader second — is not the only reason why “Let’s Explore Diabetes With Owls” is three or eight times more pleasurable than audiobook editions of otherwise better books that would certainly make for superior reading experiences on the page.

Equally important is that the listener gets to hear the stories in the voice of the human being who made them. Instead of the grandstanding inflections that too often come with professional voice talent — the bombast and over-enunciation of the stage actor, the too-polished, too-understated public radio-ishness of those who come from the world of broadcast media — we get the rises and falls of the person who built them into the sentences. Andrew O’Hehir makes the case that Michael Bay, the oft-memed action movie director who loves blowing things up on set, has been in on the joke the whole time, and lets us know in “Pain & Gain” -- a feat that makes the movie worth watching:

Have I now talked my way back around to the position that “Pain & Gain” is a fundamentally immoral and hypocritical picture, a scathing satire about the great Ponzi scheme of American life that simultaneously serves to justify it? Well, of course. This is a Michael Bay movie: Hypocrisy and immorality are its text and subtext and footnotes, the coke it snorts off a Croatian hooker’s spray-tanned bum and the exploding green goo on its stolen banknotes. If anything, Bay tries to drive home the point way too forcefully here, the point being that he’s one of the most important, influential and (certainly) representative American film directors of the last 20 years. Did I say he was “good,” or that I “liked” him? I did not, and your insistence on such old-fashioned categories is charming, in a way. Don’t even pretend you don’t want to see this, and don’t come complaining to me if you feel dirty afterward. Isn’t that the whole idea? Willa Paskin introduces us to “The Bletchley Circle,” another must-watch Sunday night show:

“The Bletchley Circle” is a refreshingly brief — three episode — miniseries from ITV; more precisely, it is a feminist, period, murder mystery miniseries from ITV. The first episode, which aired last week, began during World War II at Bletchley Park, the center of British code-breaking, with four women cracking a code about German troop movements. The series picks up in 1952, with those women — and everyone else who worked at Bletchley Park — having signed the Official Secrets Act, forbidding them from disclosing their work during the war, a return to normalcy that has left some of them unfulfilled.