It's catching fire online but a House member's plan to impose congressional term limits is idiotic. Here's why 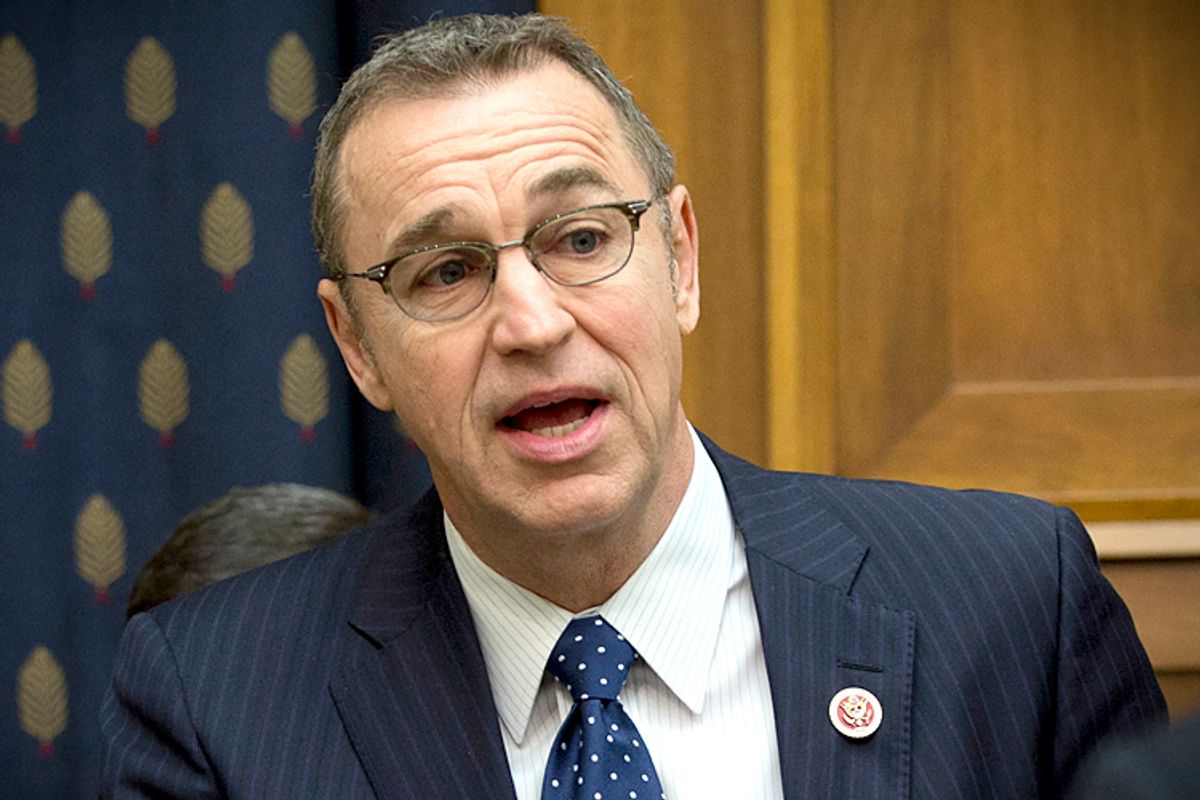 While catching fire in conservative circles this week, a constitutional amendment proposed by Republican Matt Salmon to impose congressional term limits is a terrible solution to a non-problem. Republicans used to love term limits, when they believed that incumbency advantages were depriving them of what they thought was a deserved majority in Congress. Once they won control of the House and Senate in the mid-1990s, most Republicans promptly forgot about the idea. But some die-hards are still pushing it, and this week Salmon called for limiting politicians to a maximum of six years in the House and 12 in the Senate.

It’s just as bad an idea now as ever.

Just to briefly remind everyone why it’s such a bad idea, it really comes down to this: The federal government is going to develop policies. Liberal policies, conservative policies, whatever: The government will develop and carry out choices about public policy. Each of these choices winds up being a struggle among a whole lot of players: the president; members of the House and the Senate; the political parties; interest groups; the permanent bureaucracy in executive branch departments and agencies.

Sure, politicians who are term-limited might be even more likely to keep their primary residencies in Chicago and Dallas and Altoona instead of Washington, DC. But so what? Keeping representatives just like their constituents means they’ll also be just as ... well, I’ll put it bluntly. It would keep representatives just as ignorant of the issues, and of how to get things done, as most constituents are.

Again, that wouldn’t mean that the policies adopted in such a system would be closer to what most voters want; they would be closer to what bureaucrats want, and to what interest groups with strong Washington presences want. It would hardly mean smaller government; bureaucrats, whatever their other virtues, have never been known to inherently support smaller government.

Besides, recent Congresses have had rapid turnover anyway, with several “wave” elections and unusually high retirements from the Senate. The current Congress is far from stagnant.

Perhaps a better question is: Why, after these arguments have been thrashed out for years – and after term limits in the state governments produced exactly the results political scientists predicted, rather than the results conservative term limit advocates predicted – do some conservatives still push for term limits?

I think there are more or less three reasons.

Much of the post-policy Republican Party isn’t really up to the task of writing complex legislation. So instead of a policy, we get slogans. Term limits have one virtue: a term limit constitutional amendment is really easy to write, especially since one can just use the old text (it’s not like energy or healthcare where the issues change over the years). Supporting term limits is easy!

It’s also true that, for better or worse, everyone hates Congress – even if they do usually like their own representative. Now, if there were term limits, people would still hate Congress, but as it is, any kind of Congress-bashing is going to be popular. Term limits may be a foolish policy, and counterproductive, but looked at as a rhetorical opportunity it has many excellent advantages. Especially, again, for Republicans who are terrified of seeming “establishment” or otherwise drawing the wrath (and primary challenges) of Tea Partyers. Congress-bashing, and thus term limits, must seem reasonably safe.

And, third, it’s quite possible that conservative proponents of term limits actually don’t know anything about what a discredited idea term limits has become. Trapped in the conservative information feedback look, they’re not likely to be exposed to sound arguments against the scheme. For that matter, many within that loop may not even realize that the real rationale behind term limits, a supposed permanent Democratic House majority, disappeared almost 20 years ago. Think that’s silly? Listen to talk radio or read the conservative blogs sometime; there are all kinds of long-discredited notions still floating around out there, including some that long since stopped serving the partisan purposes they were originally designed for (or, to be slightly less cynical, the purposes they were adopted for).

At any rate: Term limits for members of Congress is an idea whose time never came, and really should be dropped for good.