"I think it's ineffective law enforcement to go after a particular community" said Ellison, who is Muslim 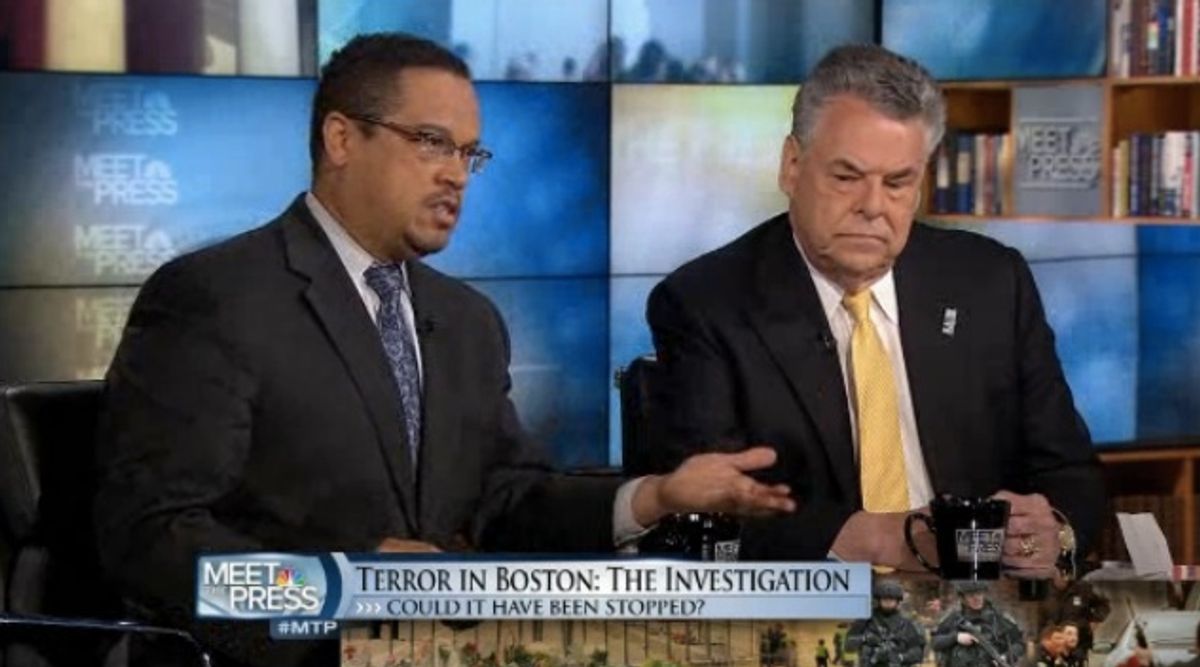 On Sunday's Meet The Press, Reps. Peter King, R-N.Y. and Keith Ellison, D-Minn., clashed over whether or not law enforcement should increase surveillance of Muslim communities in the wake of the attacks in Boston.

"Most Muslims are outstanding people, but the threat is coming from the Muslim community," said King, who was behind the House hearings on Muslim radicalization.

He continued: "And in previous times, when certain elements in a community are the ones responsible for crime, the police focus on it. For instance, in Boston, the F.B.I. never spoke to the Boston police about the older brother. And afterwards, there were no intelligence files in Boston on these type of people, these people inclined to terrorism. The F.B.I. never even got to examining him."

"I think it's ineffective law enforcement to go after a particular community," said Ellison, who is Muslim. "Once you start saying, "We're going to dragnet or surveil a community," what you do is you ignore dangerous threats that are not in that community and you go after people who don't have anything to do with it."