Watch Obama and Conan's speeches at the Correspondents' Dinner

The President cracked birther jokes, and Conan took on the NRA's Wayne LaPierre 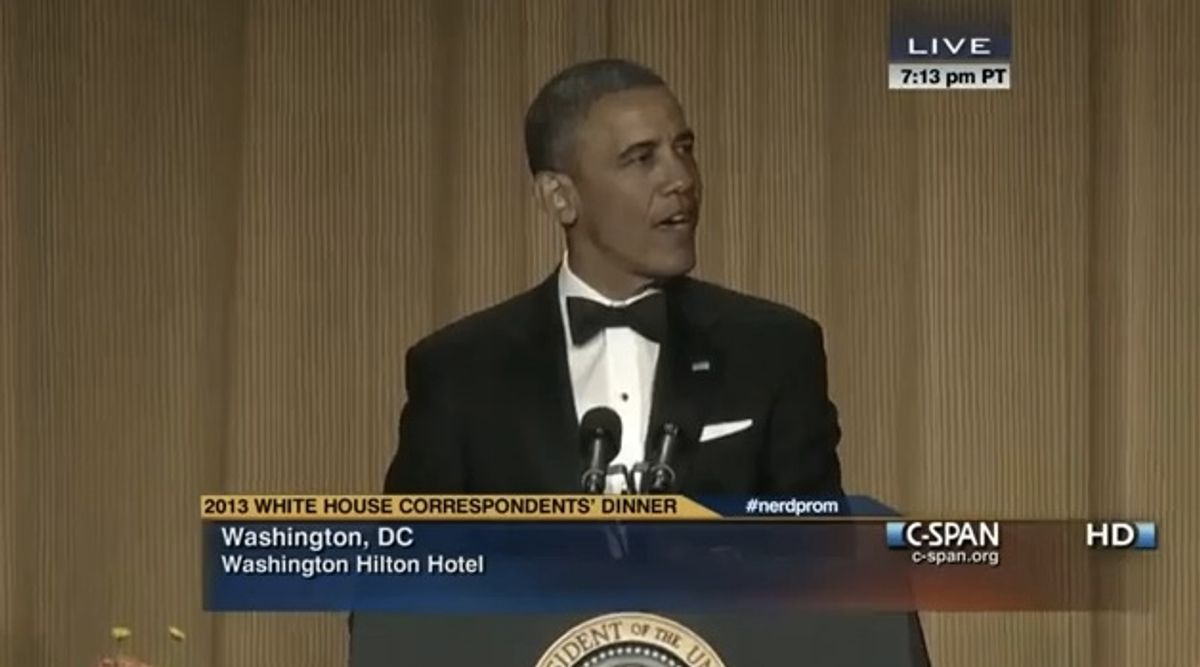 At the annual White House Correspondents' Dinner, President Obama joked about his birthplace ("I'm also hard at work on plans for the Obama library. Some have suggested that we put it in my birthplace but I'd rather keep it in the United States") and Conan O'Brien knocked the NRA's Executive Vice President Wayne LaPierre for not having the top title in the group (“Which begs the question, how freaking crazy do you have to be to be the actual president of the NRA?”)