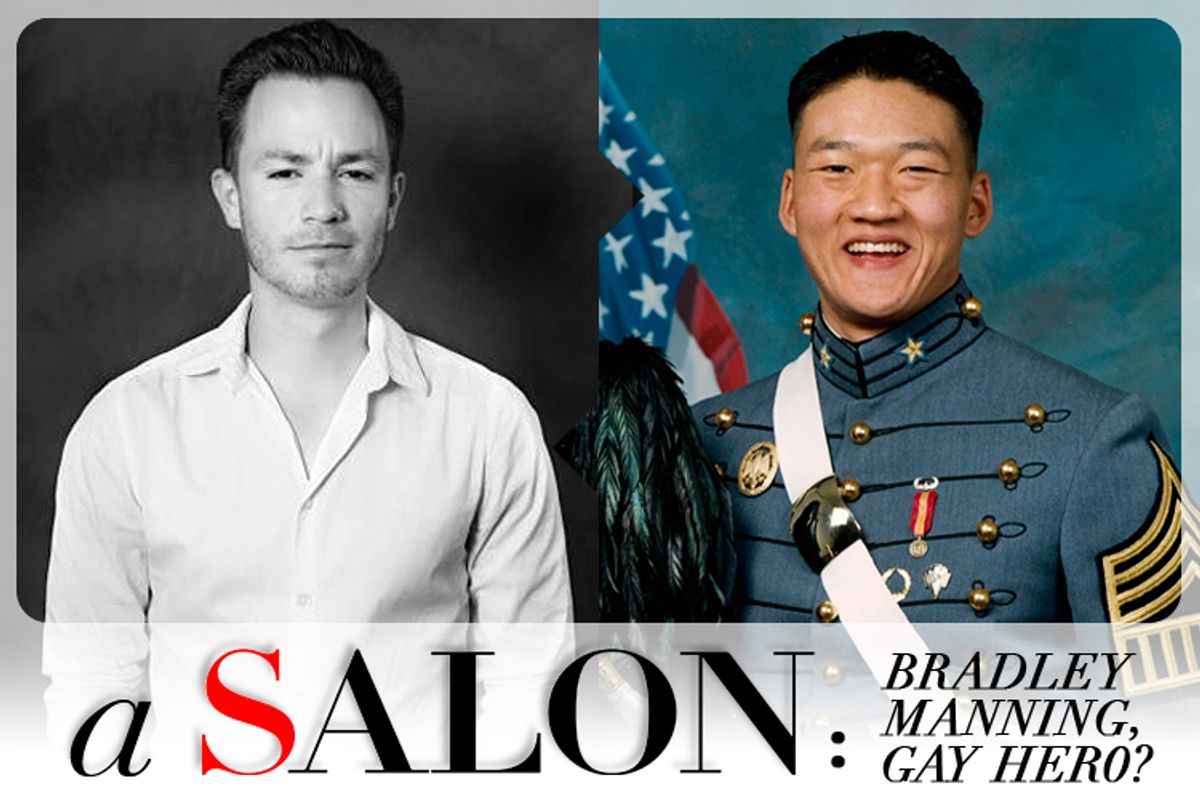 The court martial trial of Bradley Manning, the U.S. soldier who admits to leaking a trove of intelligence to WikiLeaks, is scheduled to start in June. But Manning, who is gay, was put on trial in the past week by gay activists, who battled over whether or not he deserved to be honored. SF Pride initially had made Manning a grand marshall of its legendary Pride Parade this year, before a scandal erupted, a boycott threatened, and SF Pride ultimately  folded like a flimsy, rainbow-colored tent, with SF Pride president Lisa Williams calling it a "mistake," and taking the opportunity to blast Manning.

Two prominent Gay military activists -- Dan Choi and Sean Sala -- are on opposite ends of the conversation. Sala, a Navy vet and blogger, started a boycott as soon as word of Manning's grand marshall appointment was reported, calling Manning "a traitor to the United States." Choi famously came out in 2009 to Rachel Maddow while an infantry officer serving under "Don't Ask Don't Tell." He's a Manning backer, and has said, "what [Manning] did as a gay American, as a gay soldier, he stood for integrity, I am proud of him."

We'll be discussing the subject with both today at 3:30 p.m. ET.