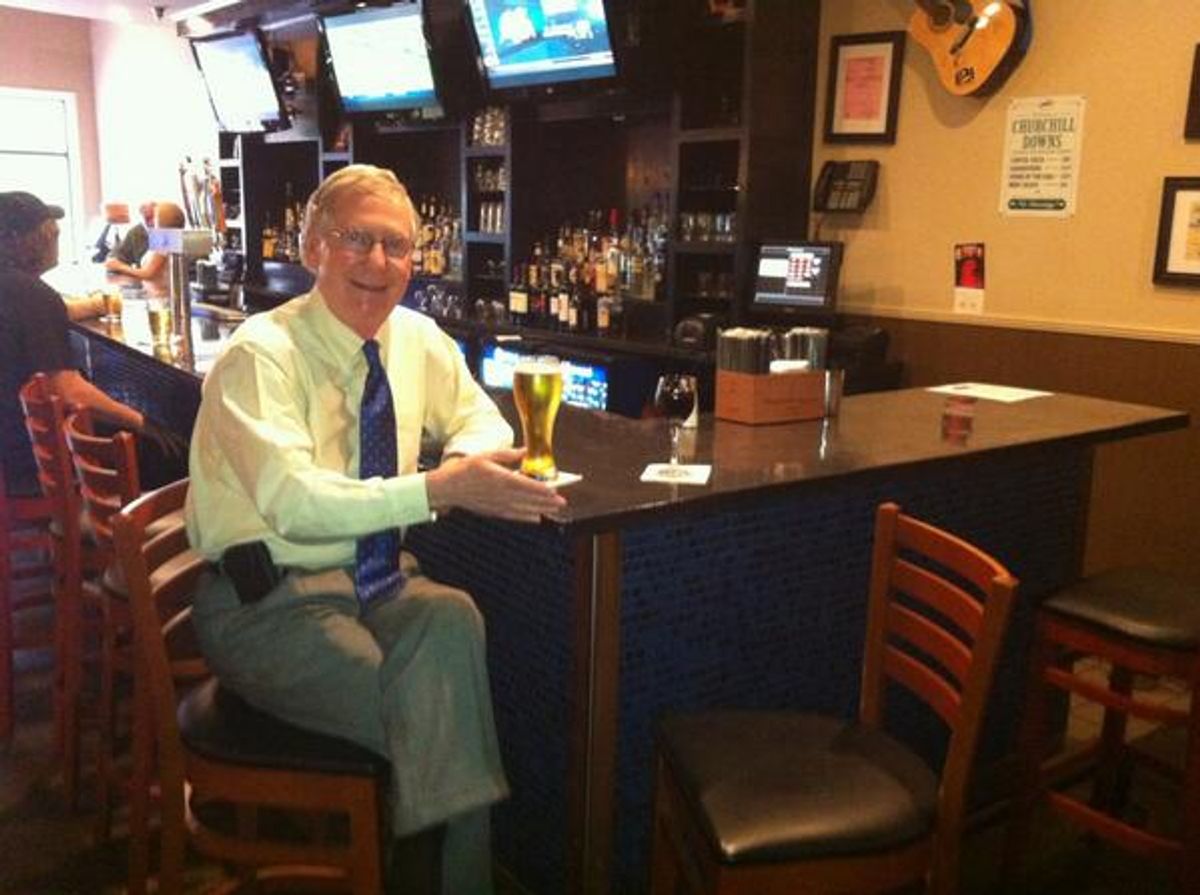 Senate Minority Leader Mitch McConnell responded to a crack President Obama made about him at the White House Correspondents' Dinner with a reference to Clint Eastwood's empty chair bit at the Republican National Convention.

McConnell responded during an appearance before the Southeast Kentucky Chamber of Commerce, the Washington Post reports, saying: “I’m shocked. He’s obviously not seeing my soft side.”

His campaign Twitter account also tweeted a picture of McConnell drinking with an empty chair, also looping in Clint Eastwood: