When a domestic violence victim is legally a "nuisance" 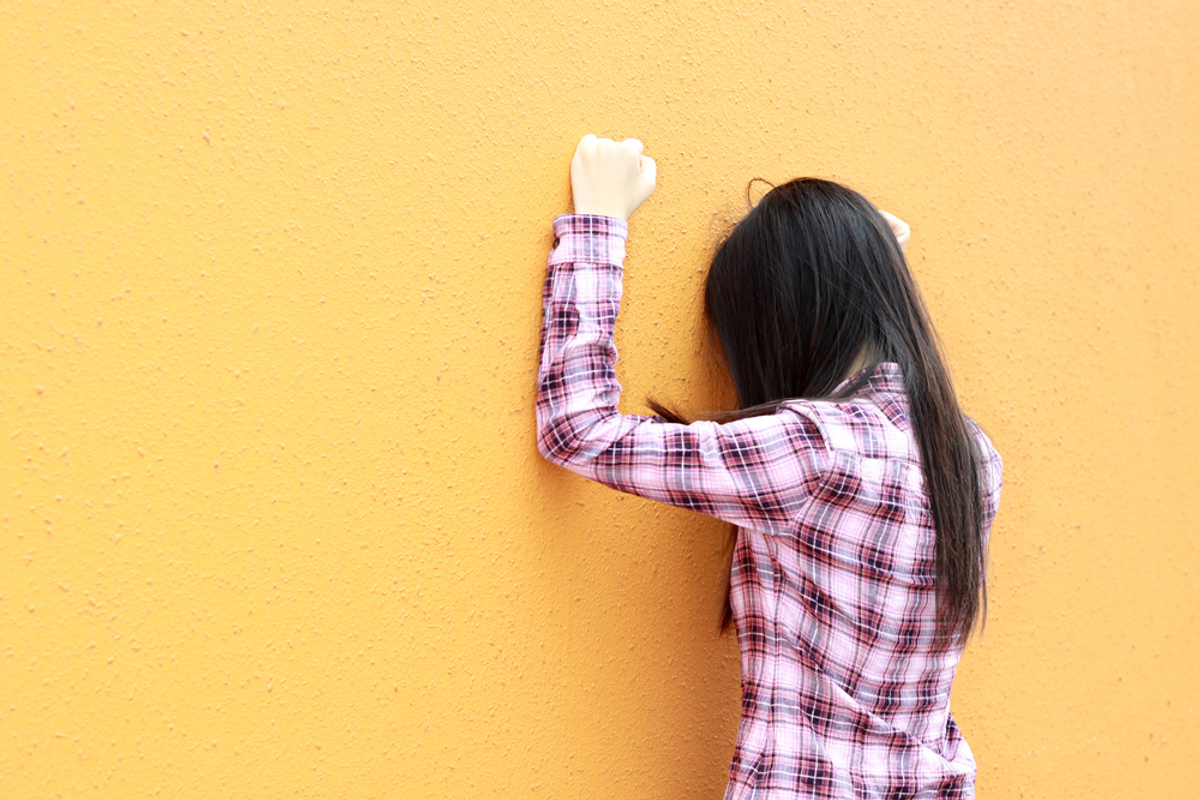 Imagine getting kicked out of your home because your ex beat you up too many times. That’s exactly what could happen in cities and towns around the country, according to the American Civil Liberties Union.

The group is suing the borough of Norristown, Pa., on behalf of a battered woman who said police threatened her with eviction after they were summoned to her home for a domestic disturbance.

In a lawsuit filed Wednesday in the U.S. District Court for Pennsylvania's Eastern District, the ACLU, its state chapter and a local law firm challenged a Norristown ordinance they say punishes tenants who require police assistance during domestic disputes. The civil-liberties organization blasted the ordinance as “unconstitutional,” saying it violates tenants’ First Amendment right to petition the government. In the complaint, filed by the Pepper Hamilton LLP law firm, the ACLU also said the ordinance violates the Violence Against Women Act, a 19-year-old federal law that increases protections for victims of domestic violence. The law was renewed by the U.S. Congress in March after a brief lapse that caused widespread criticism of Republicans in the House of Representatives.

The ACLU said the ordinance encourages landlords to evict tenants when police are called to a property for disorderly behavior three times in four months. The group filed the lawsuit on behalf of Lakisha Briggs, a woman who said police were called to her home after her ex-boyfriend physically assaulted her. According to a blog post by the ACLU’s Sandra Park Wednesday, when police arrived at Briggs’ home, they told her that she was on her “third strike,” and as a result they were going to tell her landlord to evict her.

“After her first ‘strike,’ Ms. Briggs was terrified of calling the police,” Park wrote. “She did not want to do anything to risk losing her home. So even when her now ex-boyfriend attacked her with a brick, she did not call. And later, when he stabbed her in the neck, she was still too afraid to reach out. But, both times, someone else did call the police.”

In a statement released Thursday, Robert Glisson, Norristown’s interim municipal administrator, said he was unable to comment specifically on the lawsuit, as the municipality had not yet seen it. He added that the provision in question -- part of Norristown’s Rental License Ordinance -- was designed to reduce incidences of disorderly behavior by requiring landlords to “assist” in their reduction.

Exactly how the provision does that is unclear. IBTimes reached out to Glisson to request a full copy of Rental License Ordinance, but he did not immediately respond. Updates will be posted here when he does. In his statement, however, he did deny the ACLU’s claim that the ordinance punishes victims of domestic violence.

“The ordinance provision allegedly being attacked by the lawsuit does not, in any way, discriminate against any persons, nor does it punish victims of domestic violence,” Glisson wrote. “Domestic violence is abhorrent to society, and the Norristown Police Department remains constantly vigilant for those crimes. Until the lawsuit is served and reviewed by legal counsel, Norristown cannot respond to specific allegations.”

Park disagrees. In her blog post, she said the ordinance “specifically includes ‘domestic disturbances’ as disorderly behavior that triggers enforcement of the law.” She also said that Norristown is among an increasing number of cities and towns adopting so-called nuisance ordinances. Indeed, a recent study of such ordinances was published in theAmerican Sociological Review, and the results are not encouraging. In the study, Harvard University’s Matthew Desmond and Columbia University’s Nicol Valdez assessed the consequences of nuisance ordinances in cities and towns in every region in the U.S., including Dallas, Los Angeles, Pittsburgh and Seattle, among dozens of others.

In most cases, these ordinances threaten property owners with fines if they fail to put a stop to nuisance behavior that takes place in their units. But the authors found that, out of 59 municipalities, only four took precautions to exclude domestic violence from the list of acceptable nuisance activities. Meanwhile, a full 39 ordinances “include assault, sexual abuse, battery, or domestic violence among their list of nuisance activities,” according to Desmond and Valdez.

A full copy of the ACLU’s complaint is available here. According to Justia.com, Glisson is also named in the lawsuit, along with Norristown Police Chief Russell J. Bono and others. Click here to read the Borough of Norristown’s initial response to the lawsuit.