A "Gossip Girl" star becomes Jeff Buckley: "I was not his most rabid fan"

Penn Badgley says he's proud of his work for the first time, in a fictionalized look at Jeff Buckley's life 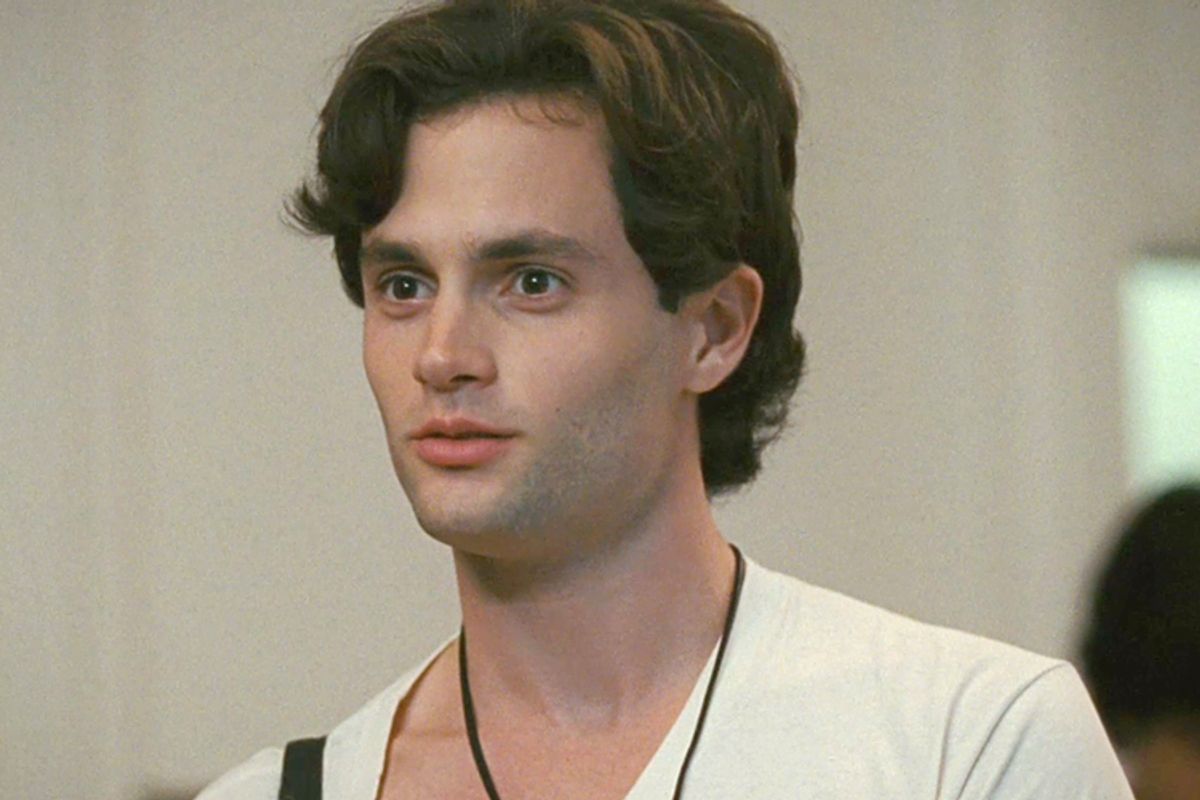 Penn Badgley as Jeff Buckley in "Greetings from Tim Buckley"
--

Penn Badgley didn't go into his role as the late singer Jeff Buckley with much of a plan. "I did not have any clear-cut method to the point that sometimes I’d be like, 'What the fuck am I doing?,'" he told Salon at his hotel recently before a Tribeca Film Festival screening of "Greetings From Tim Buckley."

"I’d just be like, 'Wait a second, there’s no rules that anyone’s asking me to follow. No one’s checking in with me.'"

Part of Badgley's liberation in playing Buckley came from the fact that there wasn't any input from the Buckley estate. "Greetings From Tim Buckley," which takes place before Buckley's rise to fame and premature death (by drowning, at 30), does not use any of Buckley's music; the filmmakers did not obtain the rights to his music. Indeed, a competing Buckley biopic titled "Mystery White Boy," endorsed by Buckley's mother, Mary Guibert, and set to star "Spider-Man: Turn Off the Dark" stage actor Reeve Carney, is in development at present.

Guibert has been a gatekeeper for Buckley's legacy on film, rejecting proposed projects about her son both for being too truthful and not truthful enough.

And yet the lack of access to Buckley's music, documenting the singer's one-in-a-generation vocal skill, may have helped Badgley, an actor famous for the teen soap "Gossip Girl" whom some "Grace" fans viewed spuriously when his casting was first announced. ("I live with an Italian Greyhound named (Jeff) Buckley, and I’m pretty sure my Buckley is better suited for the role," wrote a blogger at Stereogum in 2011.)

"I was not his most rabid fan," said Badgley, "but from one person to another, simply at that simple human level, I was compelled to do everything I could, you know? And beyond that, what more can you ask of anyone? If I can’t do what Jeff could, which I can’t, what the fuck more do you want from me?"

He gets at a Buckley-ness, at times, through a manic sort of improvisation; in one key scene, Badgley wildly toggles between singing styles in a record store while trying to woo a love interest (Imogen Poots). And it helps that he's not the sole focus of the film; Tim Buckley, the father to whom Jeff pays tribute at an early-career concert at film's end, is shown in flashback (played by Ben Rosenfeld). His neglect informs Jeff's introspection and searching later in life.

For his part, Badgley is trying to establish an adult career after years on "Gossip Girl" and light movie fare like "Easy A." He said that "Greetings From Tim Buckley is "not gonna win any awards, but I think it’s the kind of thing that 10 years from now, everybody will watch and it will have just as much emotional resonance then.

"To be proud of something is a really nice feeling. And it's a new feeling, and it's something that I wanna keep going with. I can walk a little taller feeling that I don't have to be constantly apologizing for the work that I’ve done in the past."

Up until the closing concert, there's far more acting than there is singing in "Greetings From Tim Buckley," something that suited Badgley fine. "If I had to like sing “Lover, You Should’ve Come Over” note for note, which a lot of people can do, even if they can’t do it the way he did, that would’ve been a whole other thing," he said, methodically squeezing all the liquid out of a teabag. "I’m so glad I didn’t have to do that. Because then people would’ve had to listen to 'Lover, You Should’ve Come Over,' listen to mine, and be like, 'It’s not as good.' And yeah, like of course it’s not, no shit. That’s why we’re making a movie about Jeff Buckley."

Then again, the film's director, Daniel Algrant, said in a separate interview that the Buckley story was merely a framework for a larger, archetypal story. "Why make a story about Jeff Buckley? There isn’t a story that I think sort of earned a narrative film ... But you’re onto that universal theme, and you’re onto a story about sons and fathers."

Though Algrant said that the late Tim Buckley's wife had been enthusiastic about the film, he had not been in contact with Guibert, Jeff Buckley's mother. "I know that she was very much trying to make a film and she’s talked about this film, but there is no film. There is no other film. And I hope she sees our film, and I think she might appreciate it. I hope she does."

Referring to a documentary Guibert had made about Buckley, Algrant said: "Mary made a movie about Jeff Buckley, but she didn’t mention Tim Buckley in it." He'd previously alluded to what he'd read as early misreporting of the substance of his film: "I dunno whose publicists were feeding the stories out. I might have an idea, but it doesn’t – it didn’t matter to me." (Neither Guibert nor the "Mystery White Boy" producers responded to repeated requests for comment directed at a representative.)

Much of the film is fictionalized -- the love interest, for instance. "Those relationships I think are really based on what would happen in a situation," said Algrant. "The idea of anything being real or authentic is complicated." He compared the film to "Lawrence of Arabia," another limited portrait of a figure.

"I like to think that he would like this, or wouldn’t like this, but really we’re left with what he left us, and we’re just honoring that in our own way."

Badgley was particularly proud of the manner the film portrayed Jeff Buckley's tribute to his late father -- and was optimistic about how audiences would react. "What’s so beautiful about it is the story, as factually skewed as it might be, is emotionally very accurate to what was going on ... The show that he played was called 'Greetings From Tim Buckley.' This is him, like, in some strange, mystical, totally ambiguous shapeless way, receiving some kind of welcome into the world of music through his father. And, you know --" Badgley began to laugh: "Buckley probably always sells some seats."