Colbert Busch goes there in debate with Sanford 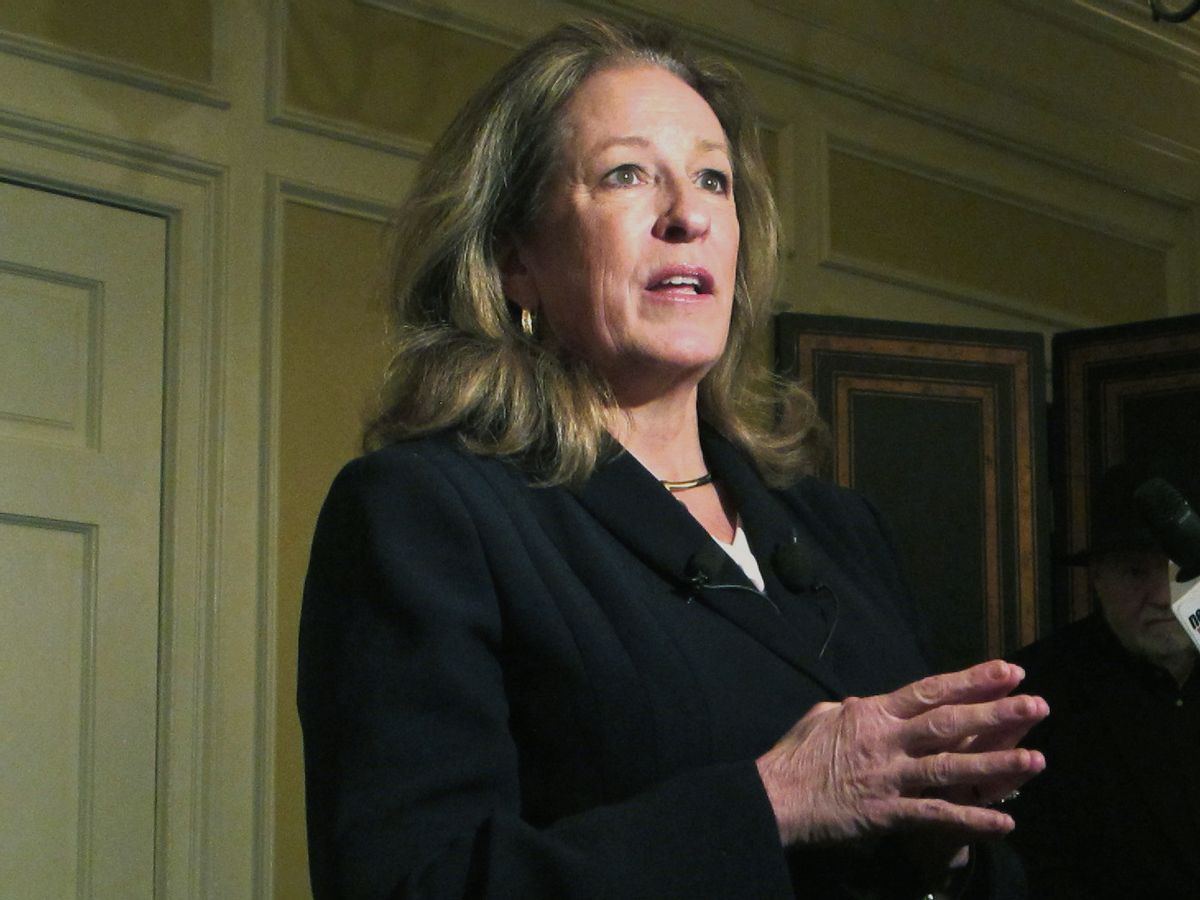 CHARLESTON, S.C. (AP) -- Republican Mark Sanford and Democrat Elizabeth Colbert Busch planned to hit the campaign trail a day after a spirited debate in their race for a vacant congressional seat along the South Carolina coast.

"I rocked it," Colbert Busch said following Monday's 75-minute debate before an audience of about 500 at The Citadel, which was telecast on C-SPAN. Sanford, a former two-term governor trying to revive a political career damaged by an extramarital affair, said he would let the pundits decide who won.

With Election Day just a week away, both have separate appearances Tuesday, then appear before a Charleston Metro Chamber of Commerce group on the city's waterfront before attending a forum sponsored by the Goose Creek NAACP. During both appearances, the candidates will address attendees but won't debate.

They did debate Monday, before a lively audience where supporters frequently broke into shouts or applause.

Early on, Colbert Busch, the sister of political satirist Stephen Colbert, reminded Sanford that he once used taxpayer funds to "leave the country for a personal purpose" - referring to the extramarital affair with an Argentine woman he had while governor. In general, Colbert Busch has refused to bring up Sanford's personal past during the campaign.

Later, Sanford, a former three-term congressman and two-term governor, was reminded by a questioner that when he was in Congress during the 1990s he voted to impeach President Bill Clinton because of his involvement with Monica Lewinsky and asked if he would vote that way again.

"I would reverse the question," Sanford responded. "Do you think President Clinton should be condemned for the rest of his life for a mistake he made in his life?"

In 2009, Sanford, after telling his staff he was out hiking the Appalachian Trail, returned to the state to reveal that he was in Argentina with a woman he later became engaged to after divorcing his wife, Jenny. Before leaving office, Sanford avoided impeachment but was censured by the Legislature over state travel expenses he used for the affair. He also paid the largest ethics fine ever in South Carolina, $70,000.

Colbert Busch, who worked for years for a shipping company, criticized Sanford for voting in Congress against money for dredging the Charleston Harbor shipping channel and building a higher bridge so the Port of Charleston can handle a new generation of larger container ships.

Sanford shot back that if it bothered her so much before, she wouldn't have written him a "$500 check as I left the Congress to run for governor." He added "I was against earmarks before being against earmarks was cool."

Colbert Busch also said that, if elected, she would return 10 percent of her congressional salary to the government.

The candidates differed over issues such as immigration reform, the federal health care overhaul and abortion during the debate sponsored by the Patch news service, the South Carolina Radio Network and Charleston television station WCBD.

Sanford repeatedly tried to tie Colbert Busch to House Democratic Leader Nancy Pelosi and labor unions but she said she would be an independent voice and responsible only to the residents of the district. They also had different takes on the state of affairs.

"We're at an incredible tipping point as a civilization and I think if we don't get spending right in Washington, D.C., there will be real consequences," Sanford warned.

"Here's the fundamental difference," Colbert Busch responded. "This is not the end of our time as we know it. The sky is not falling Henny Penny. In fact our best days are ahead of us."

The debate was their first joint appearance in the campaign that began after then-U.S. Rep. Tim Scott was appointed to the U.S. Senate seat vacated by fellow Republican Jim DeMint.

Sanford and Colbert Busch are vying along with Green Party Candidate Eugene Platt in the May 7 special election in the district.