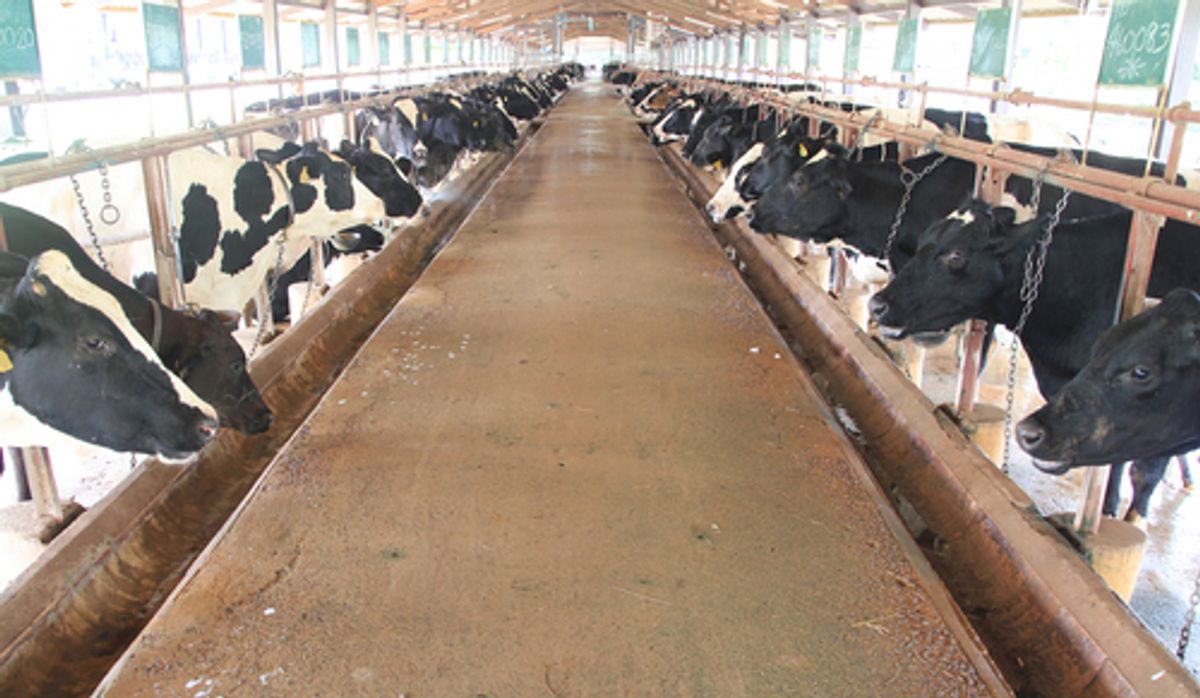 A Utah woman this week was the first to be arrested and face charges under the state's new so-called ag-gag laws, aimed to protect factory farms from whistle-blowers. As Will Potter reported on Green Is the New Red, Amy Meyer, standing on public land, filmed with her smartphone what she believed to be a sick, live cow being towed away from a slaughterhouse. Via Potter:

When the slaughterhouse manager came outside and told her to stop, she replied that she was on the public easement and had the right to film. When police arrived, she said told them the same thing. According to the police report, the manager said she was trespassing and crossed over the barbed-wire fence, but the officer noted “there was no damage to the fence in my observation.”

Meyer was allowed to leave. She later found out she was being prosecuted under the state’s new “ag-gag” law. This is the first prosecution in the country under one of these laws, which are designed to silence undercover investigators who expose animal welfare abuses on factory farms. The legislation is a direct response to a series of shocking investigations by groups like the Humane Society, Mercy for Animals, and Compassion Over Killing that have led to plant closures, public outrage, and criminal charges against workers.

However, as a follow-up story from Potter within 24 hours reported, the charges against Meyer were dropped by the Draper City prosecutor’s office. Potter believes public outrage at the woman's arrest played some role:

The charges were dismissed without prejudice, which means there’s a possibility of them being filed again, but her attorney says this is highly, highly unlikely — especially after the massive outpouring of outraged after yesterday’s article. To give you an idea: the article made it on the front page of reddit.com today, and in a few hours hundreds of thousands of people visited this website (crashing it for about an hour as we scrambled to adjust the servers).

As noted here previously, with ag-gag laws already recently on the books in Iowa and Missouri and harsh similar bills under consideration in Nebraska, North Carolina, Pennsylvania, Tennessee and Vermont (based on ALEC model legislation, it's worth noting), Meyer will not be the first to face arrest for daring to record questionable activity at factory farms.