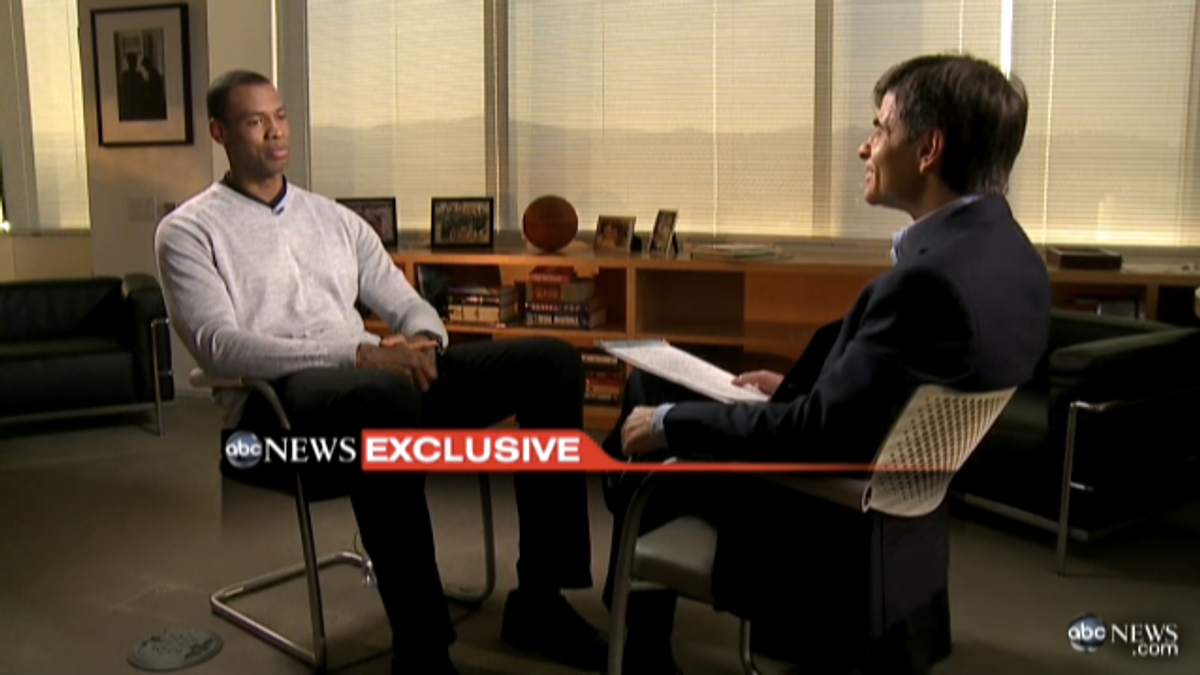 With the Monday announcement that he is gay, NBA free agent Jason Collins broke a historic barrier in men's professional sports. And the experience of being the first active out player in major team sports has been "mind-boggling," he told George Stephanopoulos on ABC News.

"That's kind of mind-boggling. I think I talk about that. That, you know, I never set out to be the first," he said.

"You're sort of waiting around for somebody else to … raise their hand," Collins went on to explain. "I'm ready to raise my hand but, you know, you still look around like, 'OK, come on, guys.' It's time for someone else in the room to raise their hand and say, 'You know what? Yeah, so big deal. I can still play basketball. I can still help the team win, and that's what's most important.'"