"Turn in your arms. The government will take care of you," says the billboard's sarcastic message 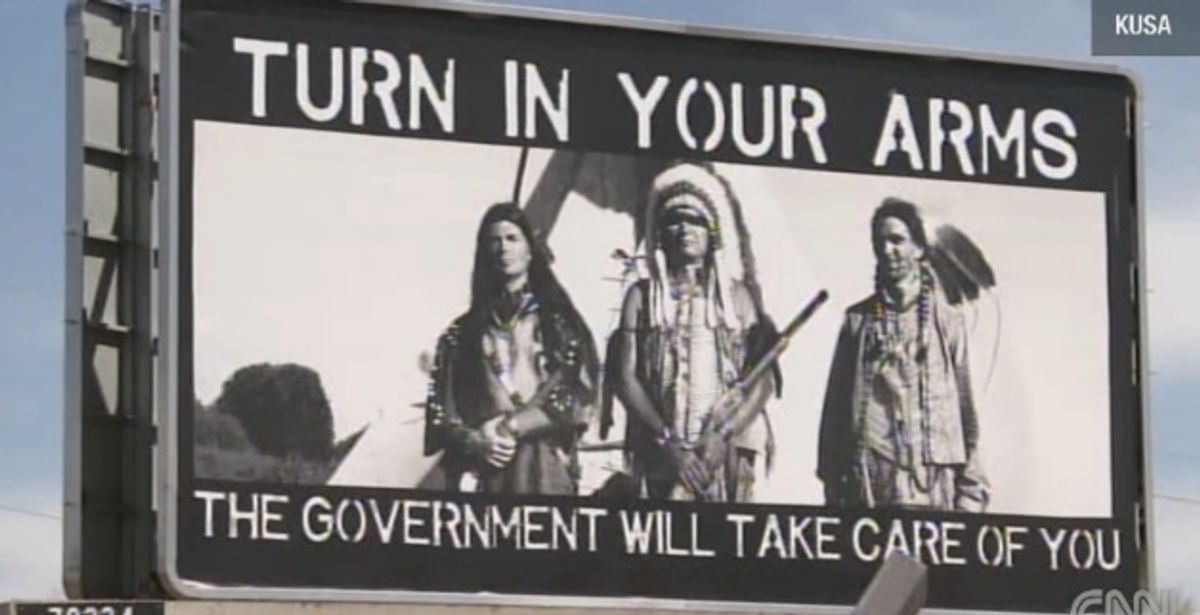 A billboard in Greeley, Colorado, is causing outrage among residents because of its use of Native Americans to oppose gun control. The billboard features a picture of three Native Americans with the sarcastic message: "Turn in your arms. The government will take care of you."

The billboard was paid for by a group of locals who asked to remain anonymous, according to Lamar Advertising, which spoke with KUSA.

Irene Vernon, a Colorado State University professor and chairwoman of the ethnic studies department, said the message on the billboard is taking a narrow view of a much more complicated history of the Native American plight. She said it's not as if Native Americans just gave up their guns and wound up on reservations.

"It wasn't just about our guns," said Vernon, a Native American.

Greeley resident Maureen Brucker, who has worked with Native American organizations and who frequents the Pine Ridge Indian Reservation in South Dakota as an honorary family member, said she thinks the billboards are making light of atrocities the federal government committed against Native Americans.