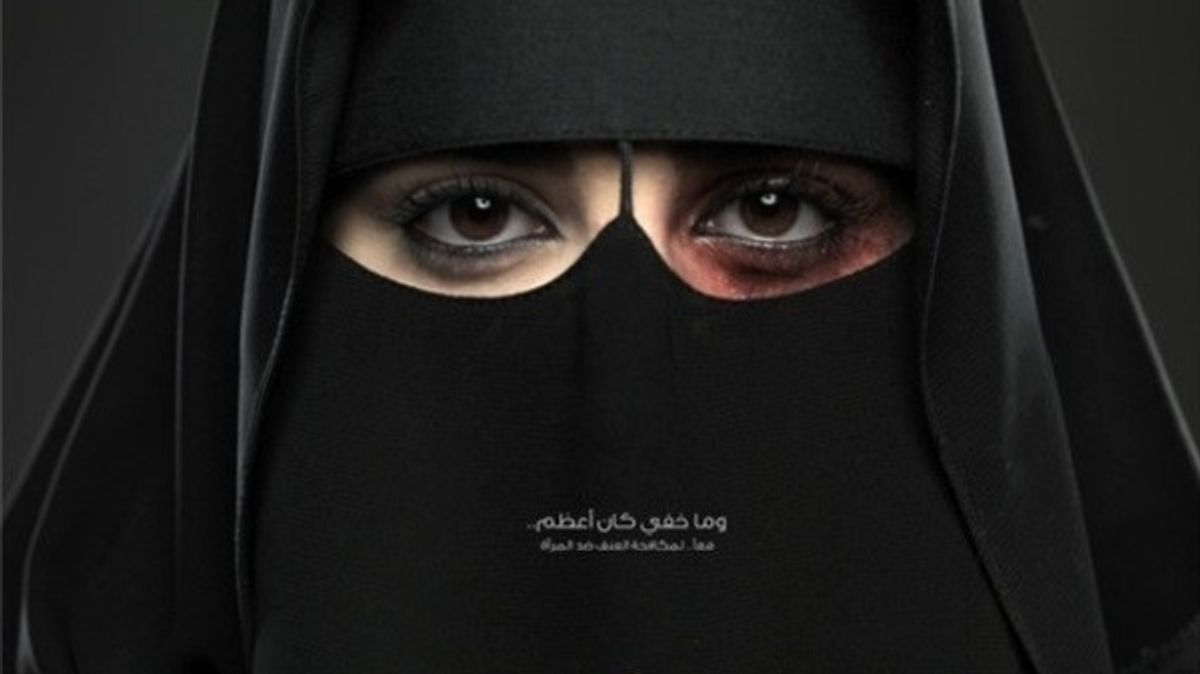 According to the World Economic Forum, Saudi Arabia ranks 131st out of 135 countries on gender parity and opportunities for women. Progress in the country has been slow, but local feminists and other women's rights groups have continued to agitate for more representation in the Saudi government, increased mobility in their day-to-day lives and other egalitarian gains in a country where women are still legally considered minors and require permission from male guardians for simple things like travel and work.

But the culture is changing, albeit slowly. Close on the heels of a law allowing women to ride bicycles in "enclosed areas" for "recreational purposes," two female Saudi Olympians competing in London and the swearing-in of 30 female members of the Shura Council comes a new anti-domestic violence campaign. The very first of its kind in Saudi Arabia.

The "No More Abuse" campaign is sponsored by the nonprofit King Khalid Foundation, and is intended to raise awareness about available resources for women and children experiencing violence in their homes and families. The ads depict a woman wearing a hijab but with a clearly visible black eye, and the Arabic text roughly translates to "The tip of the iceberg." An English language version reads: "Some things can't be covered."

The campaign's website calls domestic violence an "unseen problem" in Saudi Arabia that is "much greater than what is apparent on the surface." In addition to information about a large-scale study the foundation plans to conduct on domestic violence, the website includes the addresses and phone numbers of resource centers for victims of abuse.

For women who have unsupervised access to the Internet, this is an enormous victory. For those who don't have computers or who have their Internet usage monitored by an abusive partner or family member, there is clearly more work to be done to ensure they can safely escape violent situations.

But progress, however slow, is still progress. And taking a public stand against domestic violence and empowering women to know their rights is a definite step in the right direction, one that could help save lives.