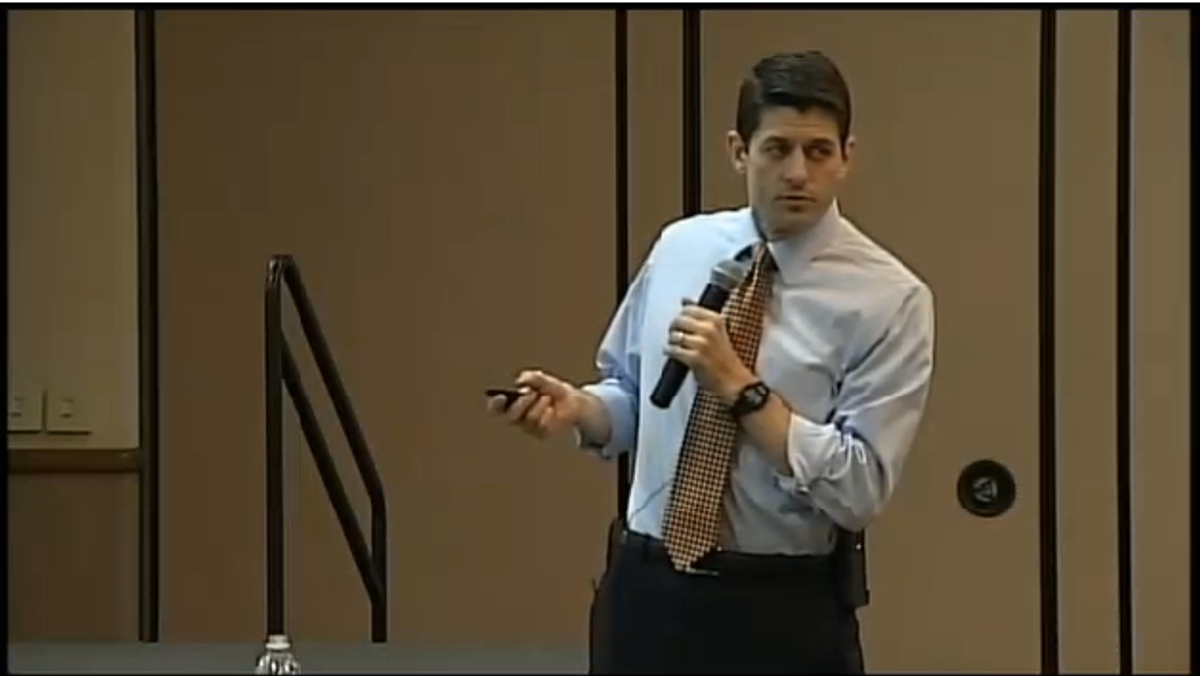 Wisconsin Rep. and former vice-presidential candidate Paul Ryan has had a change of heart about gay couples adopting, and now believes that gay people can provide loving homes to children who need families. But the House Republican still adamantly opposes equal marriage, reproductive rights and safe access to abortion care, Medicare and vital services for low-income families, among other things.

So, in effect, Ryan has made himself .001 percent less awful than he was before.

In response to a question about gay rights, Ryan chalked his 1999 vote to ban gay adoption in the District of Columbia to a freshman foible during his first term in Congress:

Adoption, I’d vote differently these days. That was I think a vote I took in my first term, 1999 or 2000. I do believe that if there are children who are orphans who do not have a loving person or couple I think if a person wants to love and raise a child they ought to be able to do that. Period. I would vote that way. I do believe marriage is between a man and a woman, we just respectfully disagree on that issue.