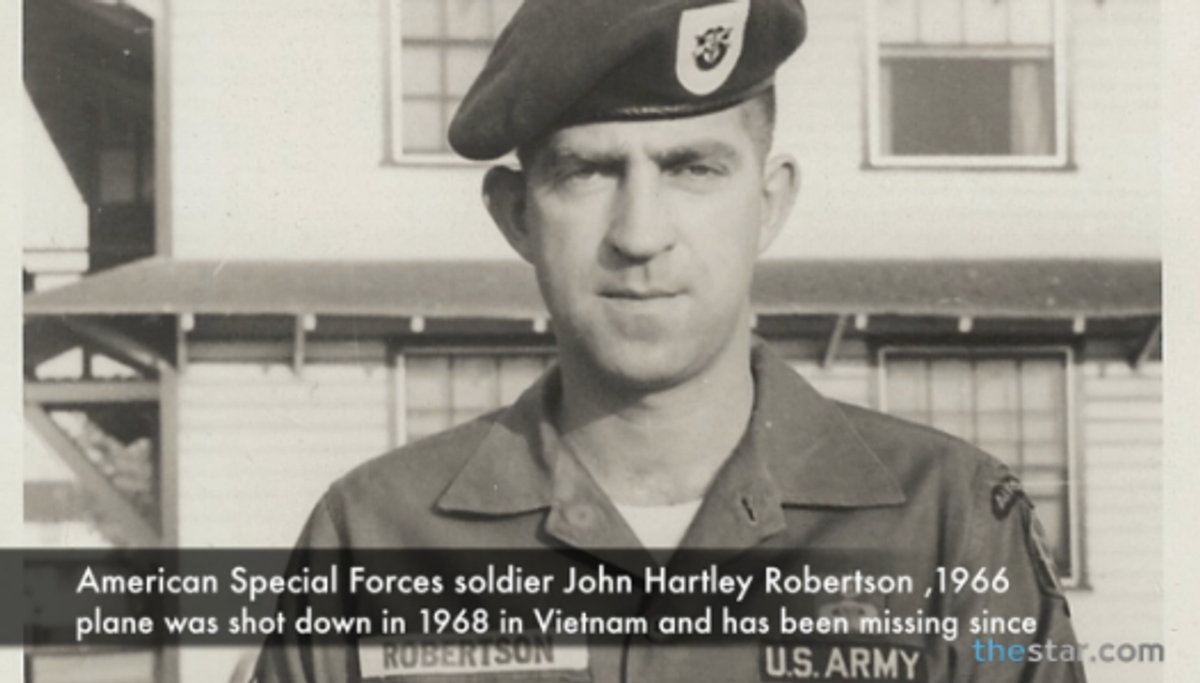 The remarkable story of a Vietnam vet, who had been reunited with his American family after being presumed dead in 1968, made international headlines earlier this week thanks to an upcoming documentary, "Unclaimed."

But if it sounded too good to be true, it's because it was.

The ambitious project by Emmy Award-winning filmmaker Michael Jorgensen charts veteran Tom Faunce's journey to reconnect Special Forces Green Beret Master Sgt. John Hartley Robertson with his family. Though the filmmaker makes no claims, the conclusion seems firm when Robertson's 80-year old sister declares: “There’s no question. I was certain it was him in the video, but when I held his head in my hands and looked in his eyes, there was no question that was my brother."

But new information has emerged, debunking the conclusion of Jorgensen's film. From the Independent:

That emotional story was shattered today, however, when it was claimed that the found man was in fact a fraudster who the US government performed DNA tests on 20 years ago and whose story had been fully debunked as an attempt to exploit Vietnam’s Missing in Action and Prisoner of War groups and claim military back-pay.

According to a memo sent to a UK news organisation yesterday evening, the man claiming to be Sgt Robertson is in fact Dang Tan Ngoc – a 76-year-old Vietnamese citizen of French origin who has a history of pretending to be US army veterans.

The memo, taken from a Defense Prisoner of War Missing Personnel Office report in 2009, apparently says Ngoc first came to the attention of the US military in 2006 when he started telling people he was Sgt John Hartley Robertson.