No one was hurt, nothing was damaged, but 16-year-old faces federal charges for "science project gone bad" 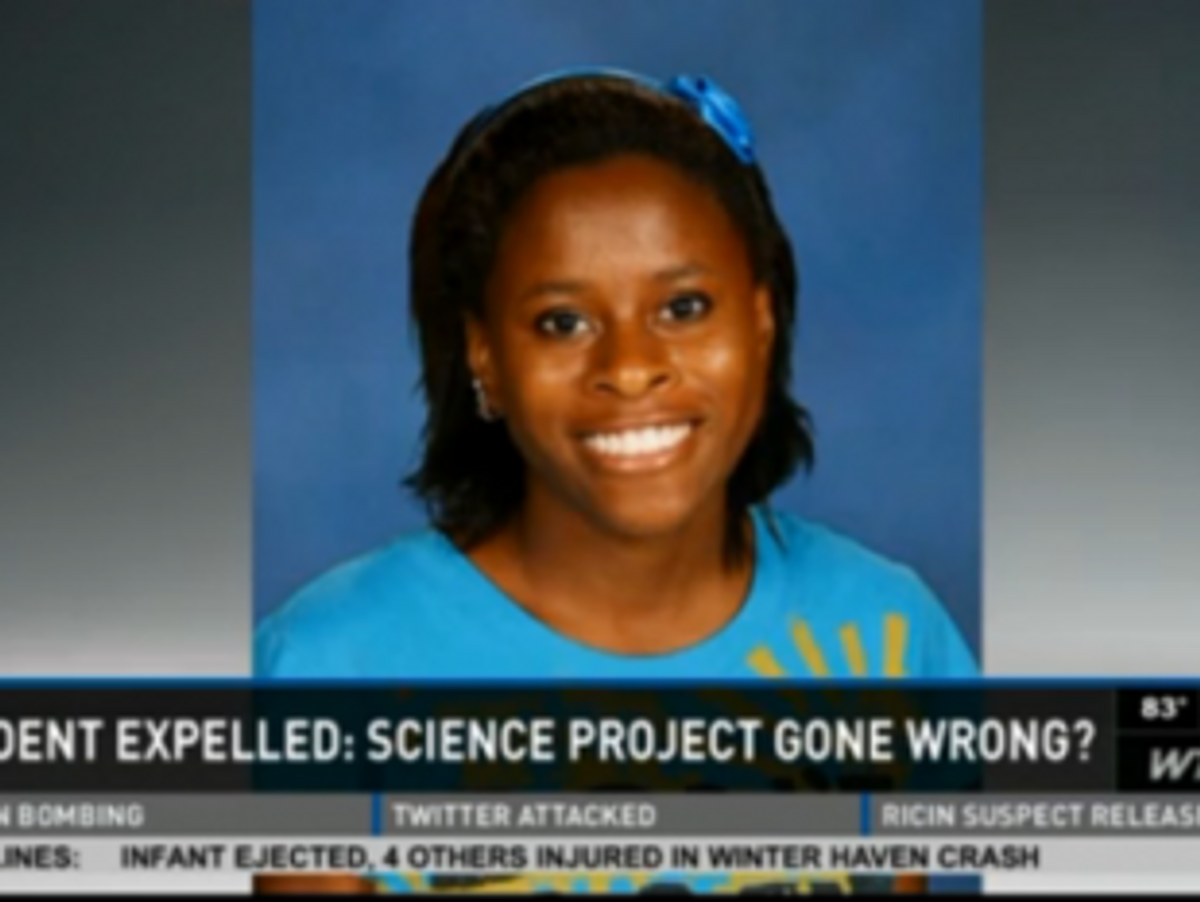 A Florida teen with an exemplary record is facing federal charges after conducting what a classmate calls “a science project gone bad.”

Sixteen-year-old Kiera Wilmot is accused of mixing housing chemicals in a small water bottle at Bartow High School, causing the cap to fly off and produce a bit of smoke. The experiment was conducted outdoors, no property was damaged, and no one was injured.

Not long after Wilmot’s experiment, authorities arrested her and charged her with “possession/discharge of a weapon on school property and discharging a destructive device,” according to WTSP-TV. The school district proceeded to expel Wilmot for handling the “dangerous weapon,” also known as a water bottle. She will have to complete her high school education through an expulsion program.

Friends and staffers, including the school principal, came to Wilmot’s defense, telling media that authorities arrested an upstanding student who meant no harm.

"She is a good kid," principal Ron Richard told WTSP-TV. "She has never been in trouble before. Ever."

"She just wanted to see what happened to those chemicals in the bottle," a classmate added. "Now, look what happened."

Polk County Schools stands by its decision to expel Wilmot, asserting in a statement, “there are consequences to actions,” and calling Wilmot’s experiment a “serious breach of conduct.”