6 insidious ways you're getting ripped off

And how to fight back 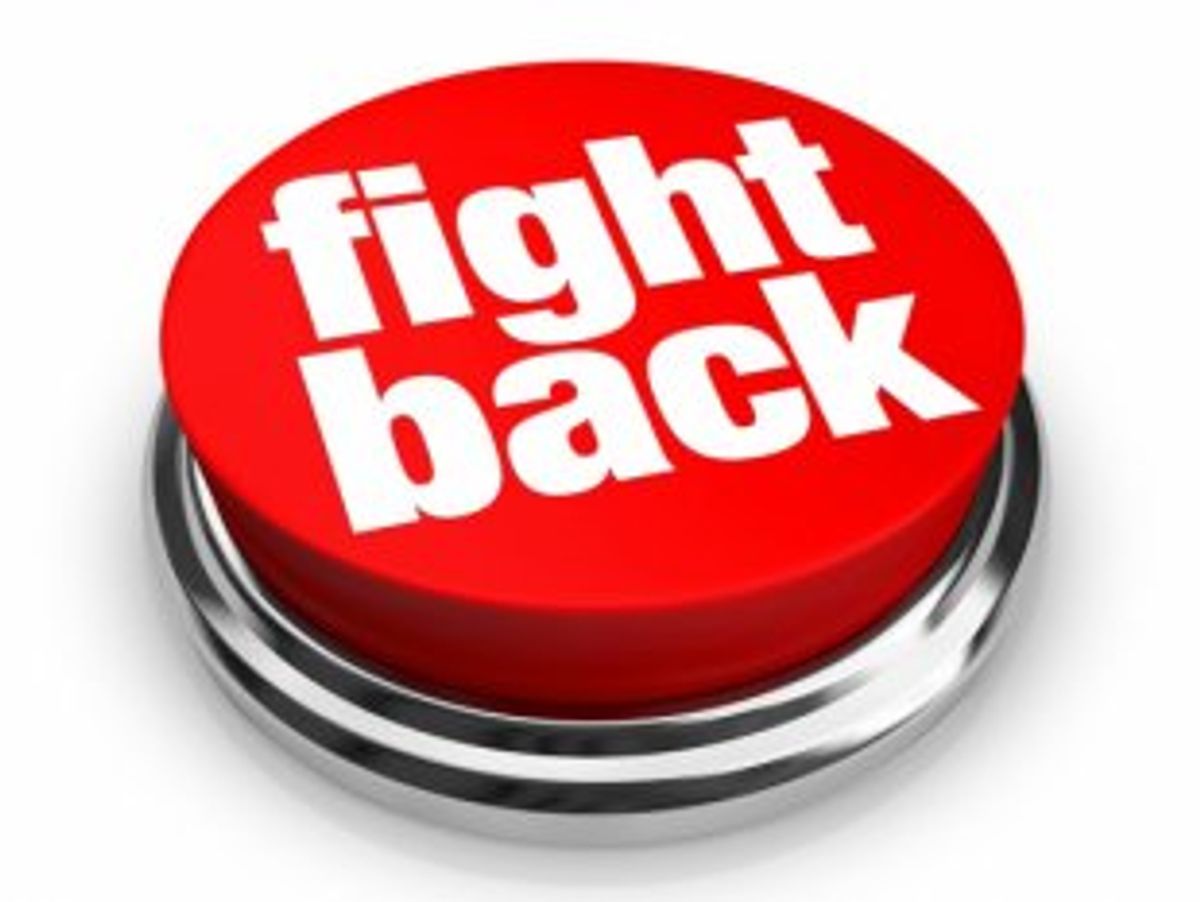 In the wake of the financial crisis, there was a momentof hope that predatory businesses would no longer be able to pick at our bones like vultures. Instead, we've seen Dodd-Frank weakened and stalled, and the newly created Consumer Financial Protection Bureau stymied at every turn. In the latest round, Republicans are thwarting the confirmation of Richard Cordray to lead the Bureau. Meanwhile, we continue to get fleeced. Here are a few egregious scams to watch out for, along with ways to protect yourself.

The rip-off: You sign up for a product or service for a limited time period. Then, long after that time has passed, you notice mysterious charges appearing on your credit card bill. Very likely, you have been the victim of theauto-renewal/automatic billing scam. Somewhere in the fine print of the terms you agreed to was a note saying that your credit card would be charged whether you decided to continue or not. But of course, you didn’t see it, because the company didn’t want you to. This is a blatant scam, and a very common one, generating big bucks for many well-known companies, including Match.com, XM Satellite Radio and DirecTV. Time Warner has come under fire for screwing customers on magazine subscriptions, and GoDaddy, the domain registrar, is another notorious offender.

The remedy: With a little knowledge and persistence, you can fight back. In some states, like New York, it is totally illegal for a company to do auto-renewing on your credit card without notifying you in advance in writing. Find out what the law is in your state, then call the company and ask to speak to a supervisor. If the supervisor pretends that the law doesn’t apply (which they probably will) and refuses to refund you, then ask to be connected to the corporate or legal departments. Tell them that if you don’t get resolution, you will be filing a complaint with the Better Business Bureau (which will contact the company) and also with your state attorney general’s office. Often the company will change its tune and refund your money. The law is not on their side: The giant company Bloomberg, provider of financial data was successfully sued for pulling this fast one.

The rip-off: You need medical treatment. You dutifully check the listings from your insurance provider to choose an in-network doctor or hospital. After your treatment, you receive a surprise in your mailbox—a giant bill, perhaps for many thousands, or even tens of thousands of dollars. Why? A person involved in your treatment, unbeknownst to you, is considered out-of-network. This is the out-of-network doctor trap, a.k.a. the surprise billing scam.

This can happen in a doctor’s office for a simple scheduled procedure or in a hospital for an emergency. Sometimes it’s the assistant surgeon. Others times it’s the radiologist, pathologist or anethesiologist. In a practice called “balance billing,” you get billed the difference between what your insurance chooses to reimburse and what the provider chooses to charge. You may think that your insurer is supposed to reimburse you for 70 percent of out-of-network costs, but that really means only 70 percent of what the insurer determines is "usual, customary and reasonable.”

And what does reasonable mean? Whatever the insurer says it means, which is often far less than what the out-of-network doctor charges. Insurers often manipulate claims and data just to screw you: In 2009,UnitedHealth had to pay a big settlement for this type of fraud when then-New York Attorney General Andrew Cuomo investigated and sued. But fines don’t stop these big insurers – the money they make from scamming is too good.

The remedy: As a precaution, always try to find out in advance whether your healthcare providers, including hospitals, clinics and other facilities, are contracted with your health plan. You can ask that a contracted provider be assigned to your care, but unfortunately, this is not always possible. Sometimes the identity of the contracted doctor -- the anesthesiologist, for example -- isn’t even known until the day of the service, at which point it’s often too late. Other times you’re having a medical emergency and don’t have the ability to screen for out-of-network doctors.

Fighting this scam if you get hit takes fortitude, because you’ll find that the insurers, hospitals and doctors are all blaming each other. Contact your insurer to discuss the issue, and ask to submit an appeal if they refuse to adjust the charges. Ask the doctor or facility to provide a discount on what you owe. If you can’t get any resolution, check to see what agency receives complaints in your state. (In New York, it’s the Department of Financial Services.) Make sure you keep a detailed record of all phone calls, emails and letters associated with your situation.

3. Cable TV is for suckers

The rip-off: All you really desire is basic cable, but you’ve somehow ended up with an overpriced bundle of channels featuring shows that you will never, ever watch, like “Here Comes Honey Boo Boo.” Maybe you signed up for a teaser rate, and then find that after a few months your bill has skyrocketed and you’re now signed up for every premium channel in existence. Even without the premium channels, you're still probably getting screwed. Sports channels, for example, are extremely expensive, and you pay for them whether you watch them or not:ESPN alone adds $5 to your cable bill.

The remedy: Either call your company and get back to the basic rate, dumping the premium channels you don’t watch, or opt out altogether. Network websites often allow you to watch programs for free, and there’s lots available on YouTube. Hulu.com offers thousands of videos, TV episodes and full-length movies at no cost. At Netflix you can watch a variety of content for as little as $8 per month. If your cable TV is bundled with other services, like a landline, look for other individual providers, which are often much cheaper. (Magic Jack charges $20 per year for a landline.) Or you could just Skype for free. Cable companies count on your inertia, betting that you won’t bother to find a better rate for individual companies that provide the services you need. Prove them wrong.

The rip-off: You just want to buy a freaking TV, but there’s the sales rep, trying to pressure you into purchasing an extended warranty. Warranties may seem like a prudent buy, covering a variety of failures, but they can also be a ginormous rip-off. Two-year coverage on a laptop or an air conditioner could cost you nearly as much as the product itself.

The remedy: First you’ll want to understand what kind of warranty the manufacturer provides, because sometimes they are identical. Are parts included in the repairs? Labor? Generally, the extended warranty should go into effect after the manufacturer’s warranty expires. Also, find out exactly who is providing the warranty – is it really the store or some outside entity that could disappear? Make sure you compare the cost of the extended warranty with the cost of just replacing the item. If you feel you need an extended warranty, check third-party warranty providers like SquareTrade.com, which often offer better coverage for much better prices.

The rip-off: In tough economic times, rent-to-own can sound very alluring. No credit check required; take it home today! Millions of Americans get victimized by this scam every year, which is so ubiquitous it even has its ownrap song. The customer usually ends up paying several times the retail cost for things like furniture, computers, appliances, electronics. You’ll find yourself hit with exorbitant interest rates and other surprises you didn’t bargain for. And if you can’t continue the payment, the repo man will soon be a-knocking. Rent-a-Center has frequently been cited as a company whose business model depends on preying on those down on their luck for cash-extraction.

New twist: Since the foreclosure crisis, rent-to-own schemes featuring housing have been proliferating, offering you a chance to live in the home for a specified period and then buy. Sounds good until you realize that the home you’ve moved into is really a foreclosed property a scam artist has "sold" you. Often such deals areadvertised on Craigslist.

The remedy: It’s best to avoid these schemes altogether, but if you must, make sure you get explicit information about interest rates and other fees. Look up any rent-to-own service on the Better Business Bureau to see if complaints have been lodged. In the case of housing, never sign any agreement unless you have shown it to a lawyer. The paperwork should be clear on what happens to money paid if you decide not to purchase the home.

The rip off: Banks have been increasingly passing on the costs of fines they receive for wrongdoing to customers, and generally concocting new ways to rip us off since the financial crisis. Every time regulators try to crack down on a specific fee, like overdraft charges, they simply change tactics and invent another fee. Customers now find themselves smacked with large fees when their balance dips below an arbitrarily assigned minimum. There are fees for excess activity, fees for not enough activity, special fees for "maintenance," and the list goes on.

The remedy: When your bank sends a letter -- open it. It may contain information about "changes" to your account (read: fees). If you don't understand something, call and speak to a bank representative. Sometimes the bank will offer to waive fees for things like minimum balance if you do direct deposit, but I have never liked this -- it's just a way of "capturing" you as a customer and making it harder for you to go elsewhere. Moving your money to a smaller bank or a credit union is worth exploring, but be careful. When I moved my money to Amalgamated Bank (touted as "America's Labor Bank") I was shocked to find that it would not give me a line of credit on my checking account because it did not use Experion, which my credit card reported to. Therefore Amalgamated deemed that I had no credit history -- go figure! I was in more danger of overdraft charges there than at HSBC. Unfortunately, because banking has become an oligopoly, the entire industry has been poisoned and you're not necessarily better off going around the corner. Vigilance at all times is required.