Howard Kurtz comes out as illiterate 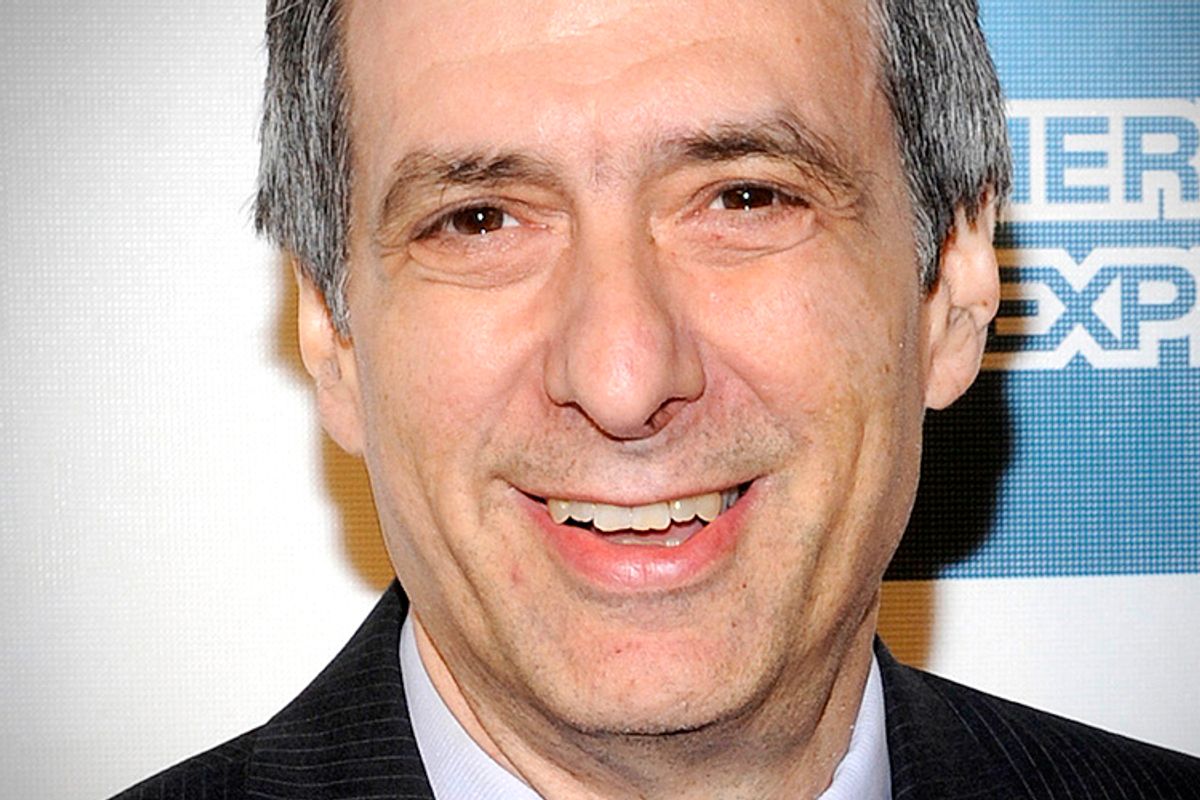 Original post:
Howard Kurtz had a bad day yesterday. He wrote this whole column calling out Jason Collins, the NBA player who this week came out as gay, breaking a major American sports barrier and quickly becoming a widely celebrated and admired figure, for not telling readers of his Sports Illustrated piece that he once had a (female) fiancée. Except, one little problem with the entire concept of the piece: Collins explicitly wrote that he'd once been engaged in his Sports Illustrated piece. It took a few minutes for the Internet to point out this titanic error. Then, the the column was altered, without a correction, to say that Collins "downplayed one detail" instead of "left one little part out." Finally, a proper correction was appended.

But Kurtz was defiant! Despite the central detail underlying the argument of his column being incorrect, Kurtz's point stands, says Kurtz!

We should all be so grateful to have legendary media critic Howard Kurtz around to police coming-out narratives.

The "Daily Download" video of Kurtz joking about Collins is probably more embarrassing than the Daily Beast column -- the phrase "playing both sides of the court" is used -- which is likely why it was taken down. You can see it at BuzzFeed or Gawker still.

This is, easily, Kurtz's worst error since the time he accidentally invented a conversation with a member of Congress. But while that one seemed like a truly weird circumstance, involving a massive misunderstanding, this one seems like the natural result of a lazy hack thoughtlessly weighing in on the news without actually thinking (or reading the article he was weighing in on). (Also does the Daily Beast not have editors anymore? They still have Photoshoppers!)

Speaking of people not telling the whole story, Kurtz has a slightly mysterious relationship with the Daily Download, which is apparently a real website and not the name of a fictional blog invented for a "Law & Order" episode. Kurtz is on the "Board of Advisers" for that site and writes (and appears in videos) for them constantly. As Michael Calderone reports, Kurtz plugs the site like crazy, tweeting links to the Daily Download six times more often than he tweets links to the site he actually works for, the Daily Beast. Kurtz says the board position is unpaid, so who knows what's even going on there. But he is in a lot of bad, dumb videos that no one watches, except when the videos become controversial because Kurtz said stupid things.

Howard Kurtz is a media reporter, though he is often mistakenly referred to -- and hired to act as -- a media critic. As a media reporter, he is well-sourced. He is also an experiment in how many potential conflicts of interest one highly successful journalism professional can walk around with without ever having to change a single thing. For years he was supposed to cover the media -- including, say, CNN -- for the Washington Post, while also hosting a show on CNN. (He was also covering the media -- including, say, the Washington Post -- for CNN.) His wife is a professional flack who once worked for Arnold Schwarzenegger. Kurtz has interviewed his wife's clients on his show.

My friend Moe Tkacik has dug up proof that Kurtz was once a talented, wry writer, but as long as I've been reading him he's been Melba toast. Ethically compromised Melba toast. There are few less-exciting prose stylists working in journalism today. These days Kurtz's column is best known as the place where the widely reviled subjects of upcoming unflattering profiles go for friendly coverage right before those profiles are published. (See: Matt Lauer, Roger Ailes.)

But as I said, he is well-sourced. His crimes in the past have been primarily boringness and acting as a friendly mouthpiece for self-serving powerful interests. This is different. The Jason Collins screw-up may not have been malicious in intent (though the smug mocking in the Daily Download video is certainly uncharitable), but it indicates that Kurtz is stretching himself too thin. If Kurtz wants to do his dumb Web videos for the dumb website he presumably has some secret monetary interest in, fine, let him do that. If Newsweek and CNN are going to continue paying his salaries, though, they should really demand better work from him.