Sens. Kay Hagan and Mary Landrieu could get a boost for supporting gun background checks 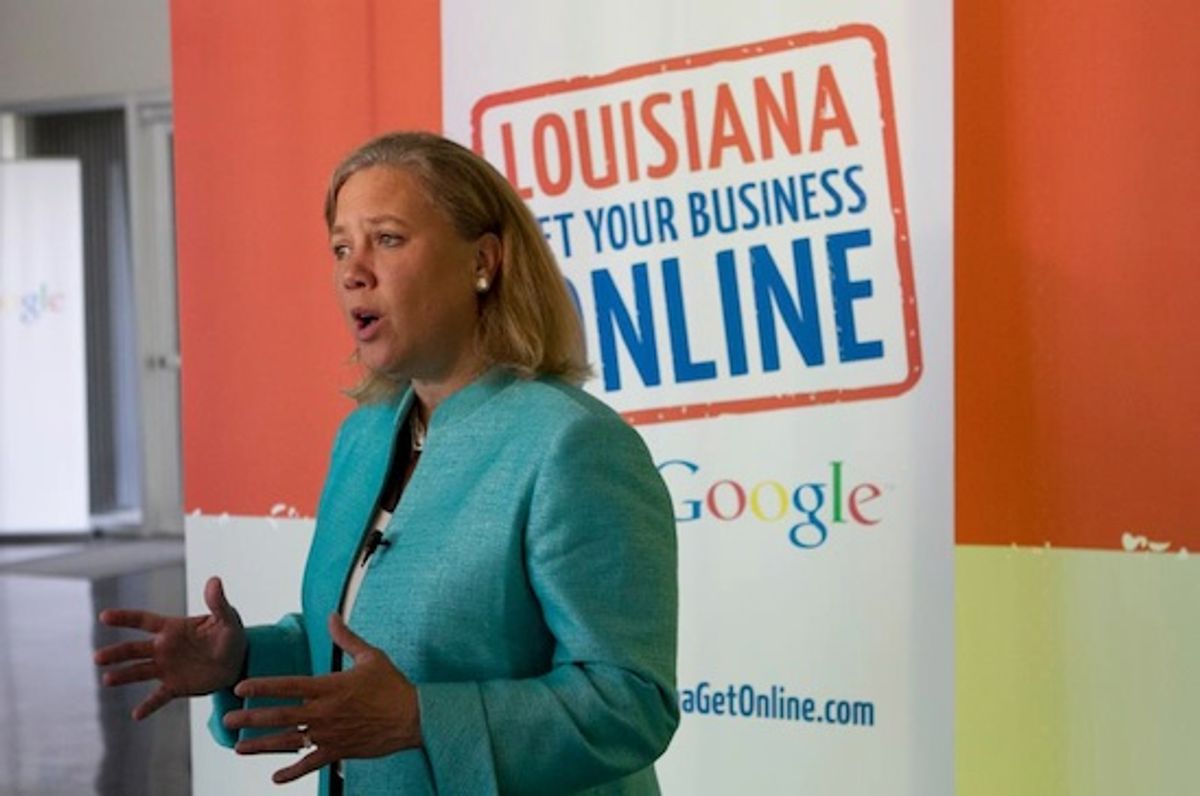 A new survey from the Democratic-leaning Public Policy Polling finds that Sen. Kay Hagan of North Carolina and Sen Mary Landrieu of Louisiana, both Democrats and both vulnerable in their 2014 reelection campaigns, could get a boost from their support for gun background checks.

Hagan and Landrieu are both faring a lot better on this issue than their Republican colleagues in these states. 50% of North Carolinians say they're less likely to vote for Richard Burr in the future because of his opposition to background checks, compared to only 26% who consider his vote to be a positive. And in Louisiana 41% of voters say they're less likely to vote for David Vitter in the future based on his vote on this bill, compared to just 25% more likely to

Since the background checks vote, a number of polls from PPP and elsewhere show that senators who opposed background checks, like Kelly Ayotte, Rob Portman, Dean Heller and Jeff Flake, were hurt by their opposition to the measure. On the other hand, Pat Toomey, who spearheaded the legislation, got a boost.