Right-wing media will teach you to build untraceable assault rifles

UndergroundAssaultRifle.com proprietor Caleb Lee has enlisted TheBlaze and WorldNetDaily to promote his business 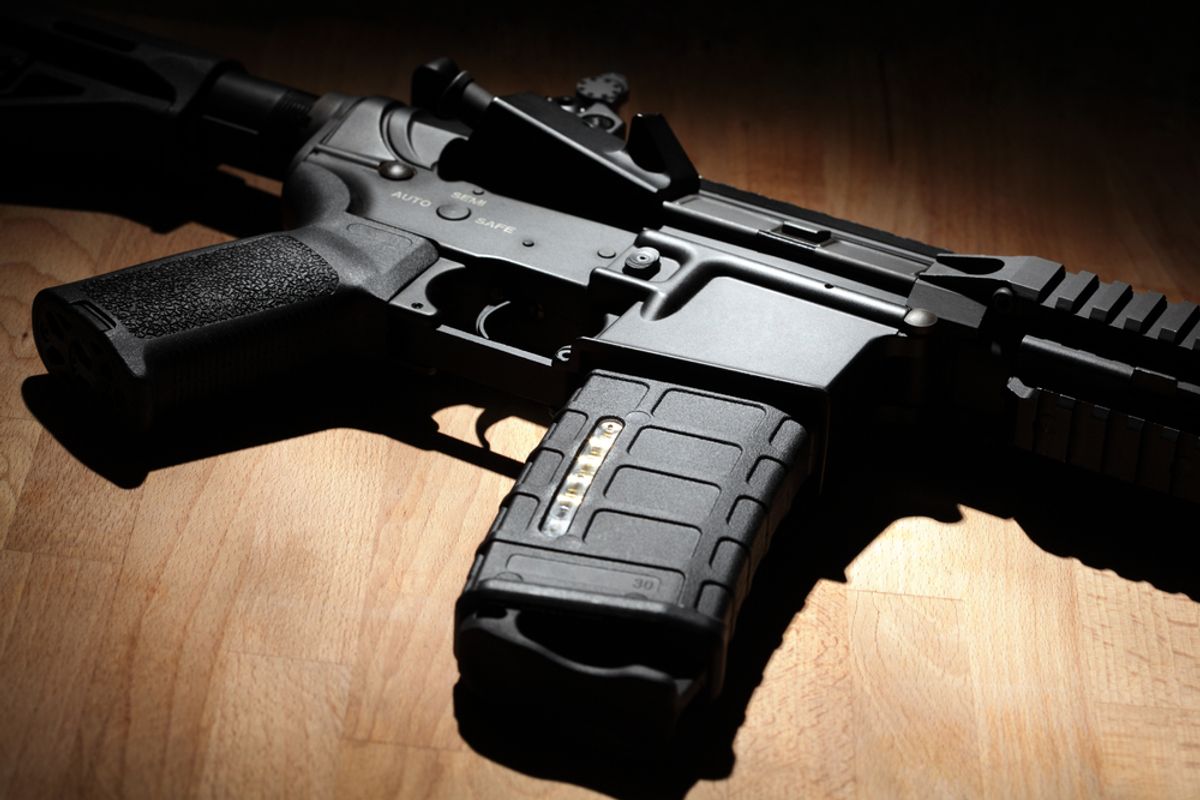 We live in frightening times. In Boston, a college student who appears to have been radicalized online may face lethal injection for his alleged role in a terrorist attack that left four people dead and more than 260 wounded. Just a few months ago, in Connecticut, a young man killed 20 young children and six adults before shooting himself with one of numerous guns borrowed from his mother’s arsenal.

While America searches its soul, attempting to make sense of these and other horrific attacks that have rocked the nation with disturbing regularity over the last several years, gun rights absolutists have flooded the Internet and airwaves with wild-eyed talk of sinister government plans to undermine the Second Amendment and disarm harmless American patriots.

At the bottom of the barrel are those who seek to profit off these national tragedies. That’s where you’ll find Caleb Lee, a veteran huckster who has partnered with WorldNetDaily, Glenn Beck and others to offer anyone with $27 information on how to built a completely untraceable AR-15 assault rifle in the comfort of their own garage.

Lee is the proprietor of UndergroundAssaultRifle.com, a Virginia-based business whose sole product is a set of videos and do-it-yourself manual which purports to tell purchasers everything they need to know about crafting copies of the assault rifle used recently in massacres in Newtown, Conn., and Aurora, Colo.

A self-described “red-blooded American” and proud “capitalist” (not, he emphasizes in his online ad, “a ‘spread the wealth’ socialist like those fools in the Whitehouse for crying out loud”), Lee has partnered with far-right media outfits including the online “news” site WorldNetDaily (WND) and Glenn Beck’s TV network and website, TheBlaze, to promote his new business. As of Thursday evening, WND, whose editors never met a conspiracy theory they didn’t like, featured a link to Lee’s ad on its front page, where it shared space with headlines warning direly of a “Saul Alinsky plot to vilify guns” and speculating that the nasty weather that scuttled plans to hoist a spire to the top of the World Trade Center on Monday was sent by an angry God to punish America for abandoning Him.

Beck’s site, meanwhile, featured its own front-page link to Lee’s ad (“See how to get an untraceable AR-15 before it’s banned”), along with a promotion for his upcoming keynote address at this weekend’s National Rifle Association (NRA) convention in Houston, a video about “Obama’s private army,” a think piece on whether the late Ronald Reagan would have supported gay marriage, and a “must-read” item about the “mysterious Jesus-era stone” that’s sparked “major debate among scholars.”

Lee, whose site is emblazoned with WND and TheBlaze’s logos, fits right in. His long-winded ad is replete with references to “crooks and fat cat lobbyists” in Washington, who together with their friends, the “power-hungry anti-gun puppets,” are even now “making serious headway at turning the country against Second Amendment supporters like us.” (“Serious headway”? Last time we checked, about 90% of Americans supported some kind of restriction on gun rights, but the U.S. Senate – which supposedly represents them – couldn’t overcome pressure from the gun lobby to muster the votes necessary to pass the most innocuous of gun control proposals.)

Near the beginning of his pitch, Lee warns watchers who “think I’m some far right wacko who is making a big deal out of ‘common sense’ gun control laws” to “LEAVE this page right now.”

Lee’s pitch is simple. He explains that the key component of an AR-15 is a part called the “stripped receiver,” which holds the guts of the weapon – “the actual part of the AR-15 that’s considered the ‘firearm’ by the ATF.” Stripped receivers are hard to come by these days, and they are typically manufactured with serial numbers. But Lee claims to have uncovered a source that sells unfinished receivers, which, “because they still need some holes drilled and other modifications … [are] NOT considered firearms by any authority!”

“Underground Assault Rifle is a simple, step-by-step system that puts YOU in control of your Second Amendment rights and frees you forever from slavery and servitude to the lawmakers in Washington … so you can protect your home and family no matter what happens,” Lee boasts in his ad. Buy today and you’ll get six videos, a how-to manual, and a 'special report' on “the only place to hide your guns that the government will never find!”

This apparently isn’t Lee’s first rodeo. When Hatewatch typed his name into Google, the search engine’s helpful auto-complete function suggested we might be looking for “Caleb Lee superdiet scam.” It appears that a couple of years ago, Lee irritated customers who bought the first few books in his “superdiet” scheme by sending repeated E-mails insisting that they purchase additional items from his online store.

UndergroundAssaultRifle.com, which Lee registered just this Feb. 19, does not have an online reputation to speak of.

Not yet, anyway. But a quick perusal of a portion of Lee’s do-it-yourself manual suggests that buyers who shell out $27 for Lee’s “system” may be disappointed – not least because, like most information these days, it’s available for free online. As it turns out, Lee doesn’t offer direct access to suppliers at all. Rather, he rather instructs readers to use Google to search for unfinished stripped receivers, jury-rig a drill press and use it as a mill. (A word to the wise: A 2002 discussion thread on an AR-15 fan site suggests that using a drill press to machine an AR-15 is a very, very bad idea which could result in injury to both you and your drill press.)

Lee suggests that his readers use the Internet to buy or barter for the remaining parts of their homemade assault rifle. Easy as pie, right?

Lee thinks so. “At this point, there’s really only three simple choices. … You can bury your head in the sand [and] continue ignoring my warnings and my offers of help and still be stuck without a AR-15 that is 100% ‘off the books’ – FOREVER”; “You can try to figure all this out [on] your own”; or “you can TAKE CONTROL of your life and get the guidance and advice I’m offering,” he writes.

“Do that now, and I’ll see you on the other side in just minutes!” Signing off, “For our freedoms, Caleb Lee.”