Inside the kiddie gun market

The youth market in firearms is growing, selling air-light guns in pink and blue with names like "My First Rifle" 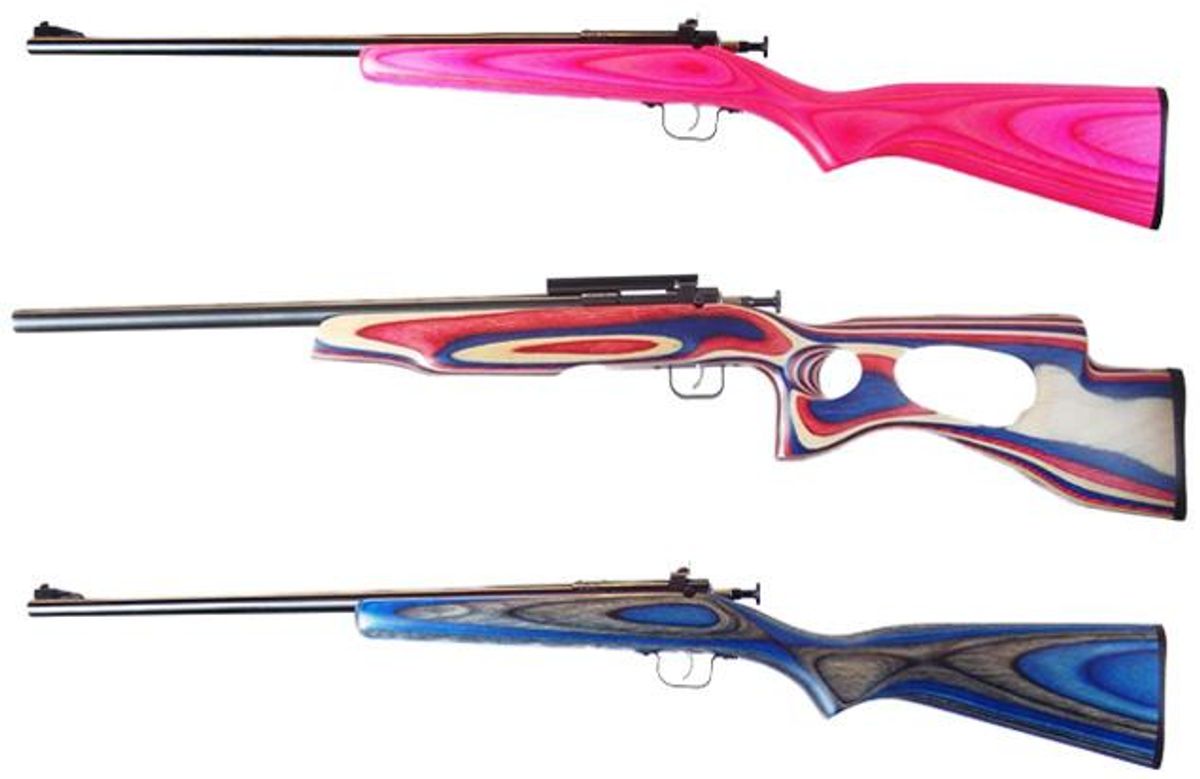 On Tuesday, a 5-year-old boy in Kentucky shot and killed his 2-year-old sister with a .22-caliber, single-shot Crickett rifle. The boy had been playing with the gun, a recent birthday gift, when it went off. The Cumberland Country coroner described the tragic incident as “just one of those crazy accidents.”

The Crickett is a small, air-light firearm billed as "My First Rifle" by gun manufacturer Keystone Sporting Arms. It comes in pink and blue. It is a "training wheels" gun, part of the growing youth market in firearms.

Firearms made for minors represent a new market for gun makers, said Josh Sugarmann, executive director of the Violence Policy Center. As the gun market has been saturated, Sugarmann said, gun makers have followed a “path trailblazed by a wide range of other industries, particularly the tobacco industry, and focused its efforts on women and children.”

Yet despite the availability of triggers for tiny fingers, gun makers and marketers are hesitant to actually spell out what age a child should be before handling his or her first firearm, said Sugarmann. Crickett's website, for instance, makes no references to appropriate age ranges for their child-sized weapons.

“There’s a recognition that the majority of the American public has concerns about putting guns in the hands of children,” he said.

Through studies and promotional materials, some sporting associations encourage young people to take up hunting and shooting as recreational activities, and point to potential benefits -- both for avid gun-owners and youths themselves -- of young people handling firearms.

Magazines like "Junior Shooter" call hunting with firearms "one of the safest recreational activities in America,” and sees introducing kids to guns early on as a direct investment in future pro-gun voters: “Each person who is introduced to the shooting sports and has a positive experience is another vote in favor of keeping our American heritage and freedom alive,” Junior Shooter editor-in-chief Andy Fink wrote in the winter 2012 issue." Adding: “They may not be old enough to vote now, but they will be in the future.”

"Kid guns" aren't such an unusual phenomenon from a marketing perspective; fast food chains, clothing brands and other companies target young consumers to establish product loyalty and lifelong purchasing habits, but a youth recruitment strategy for deadly weapons has, understandably, given some gun control advocates pause.

In an interview reported by USA Today, Dr. Denise Dowd, an emergency room pediatrician who co-wrote the American Academy of Pediatricians policy on children and guns, said she was "blown away" that anyone would buy a rifle for a 5-year-old child.

"We don't give our kids the keys to our car, and there is a good reason for it," she added.