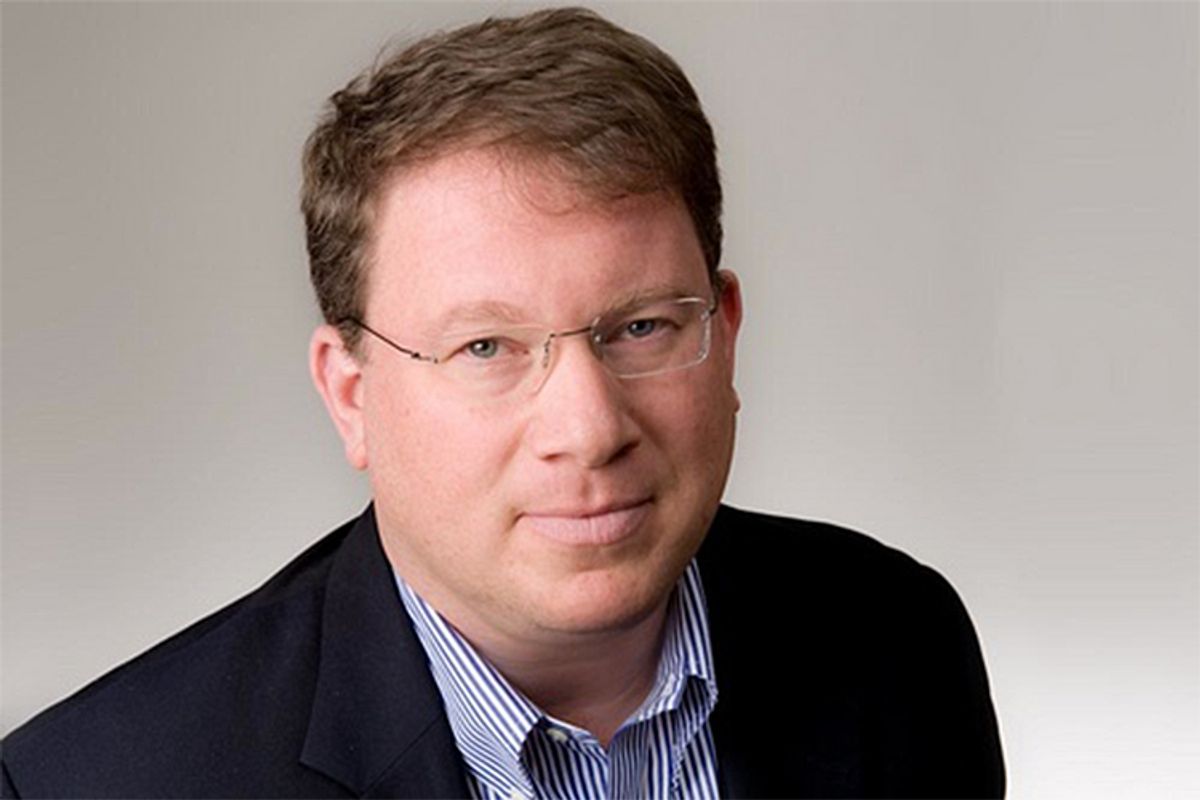 There’s something to be said for self-awareness, and where its absence can lead an individual. Thursday’s Bloomberg View featured an attack by columnist Jeffrey Goldberg against the Persian Gulf state of Qatar, which he described as “The Attention Starved Teen of the Middle East.” Nothing should insulate Qatar or any government from harsh criticism, but Goldberg’s argument is notable for deep myopia, hysteria and essential hypocrisy.

Goldberg’s piece takes aim at, among other things, the alleged dishonesty of Qatari foreign policy. Citing Qatar’s dual policy of good relations with Israel and funding of the Hamas-led administration of the Gaza Strip, Goldberg excoriates Haim Saban – an Israeli-American and another major funder of Brookings (along with the Qatari government itself) – for his public embrace of Qatari Prime Minister Hamid bin Jasim Al-Thani. Denouncing Qatar as “seeing nothing incongruous about maintaining open contacts with Israelis while funding an organization whose declared goal is killing Israelis,” Goldberg fails to grasp the distinction between preventing the economic collapse of the Gaza Strip and of funding terrorist attacks against Israel. Qatar explicitly falls into the former category. Saban, the Israeli government and the Israeli private sector are willing to talk to Qatar regardless of its relationship to Hamas, so why isn’t Goldberg?

His line of attack extends to several conflicting interests he claims to see in Qatar’s policy within the region: support for Islamist rebels in places such as Syria, the maintenance of civil relations with the United States and potentially Israel, and a policy of competitiveness (with respect to having a more influential foreign policy) with Saudi Arabia. Leaving aside the contradictions in his own arguments, Goldberg’s outrage that a country would have the audacity to balance multiple interests in its own region betrays arrogance. He is certainly not historically ignorant of contemporary events in the Middle East, where, throughout the 1980s the United States actively supported both Iran and Iraq in a war against each other, and where Israel facilitated the rise of Hamas as a counterbalance to its secular Palestinian rivals.

Unable to countenance the idea that a country would use its neighbors’ competing interests to further its own policies, Goldberg’s aggrieved and emotional explanation for Qatar’s foreign policy is:

The country is essentially an attention-starved teenager, whose emotional insecurity causes it to insert itself into everyone’s business

As an example of this, Goldberg cites Qatar’s involvement in the Israeli-Palestinian peace process, where just this week the country reiterated a sweeping peace offering (originally spearheaded by Saudi Arabia through the Arab League) to Israel on behalf of the entire 22-nation Arab League. This deal, which would guarantee Israel full political recognition as well as economic and security cooperation with its regional neighbors, has won the endorsement of individuals ranging from Bill Clinton to progressive Israeli politicians such as Minister of Justice Tzipi Livni. The proposal has languished for more than a decade, and again this week Israeli Prime Minister Benjamin Netanyahu shot it down as even a basis for future discussions.

This episode and Goldberg’s characterization of Qatar’s role are telling of several things. First, his view that a desire by Qatar to be politically engaged in its own region is an expression of an “emotional insecurity” and a desire to “insert itself into everyone’s business” is deeply hypocritical given far more overt American and Israeli interventionism in the region, but also revealing of Bush-era hawkish views. Qatar indeed manages relationships with multiple partners who do not align in the same ideological camps -- something that is in stark contrast to the Manichaean “with us or against us” mentality of George W. Bush, a worldview Goldberg apparently still clings to despite seeing it discredited over the past decade.

Second, this week’s Qatar-led reiteration of the peace initiative produced a degree of embarrassment among neoconservatives by again calling the bluff that individuals such as Goldberg and those within the Israeli administration wish to see a negotiated settlement to the conflict. Such a settlement, which would require Israel to abide by past statements respecting international law and its legal borders, would require abandoning the present maximalist position that Israel has imposed by rejectionism and military hegemony. Goldberg’s emotional denunciation of the country leading the push to offer a collective olive branch to Israel makes much more sense when viewed in this light. Qatar, a country that has shown itself willing to engage constructively with the United States and – while not a democracy -- possesses a freer public discourse than other Gulf states, is an obvious potential ally for the U.S. Why Goldberg nevertheless seems so intent on torpedoing such a relationship is unclear.

Indicative of Goldberg’s lack of rational focus in this regard are the flailing attacks on the status of foreign workers in Qatar, and the alleged cynicism of its Al Jazeera news organization. Standing alone, these views may certainly be worthy of discussion; but their detachment from the thesis of his article makes them appear ad hominem. Criticisms of Israeli treatment of African refugees and migrant workers would be viewed as no less biased or hypocritical; yet, Goldberg uses these tactics in a purportedly objective analysis of Qatar.

I attempted to engage Goldberg on Twitter regarding this issue, whereupon he continued to insist that Qatar’s case is sui generis in the Middle East -- while also insinuating that due to my past Op-Ed contributions to Al Jazeera I should be responsible for promoting greater coverage by the station of Qatari politics. His own potential conflicts of interest notwithstanding, the blinkered worldview suggested by his view on this and other related issues is distressing.

There are many views Goldberg puts into the public sphere that are broadly agreeable. But if there are to be good-faith discussions of the foreign policy of Qatar and other countries, some basic contextualization and self-reflection is required.