Where are all the female "Saturday Night Live" hosts?

This season, 5 of 21 hosts were women. It's not a new ratio! We crunch the numbers on the past decade 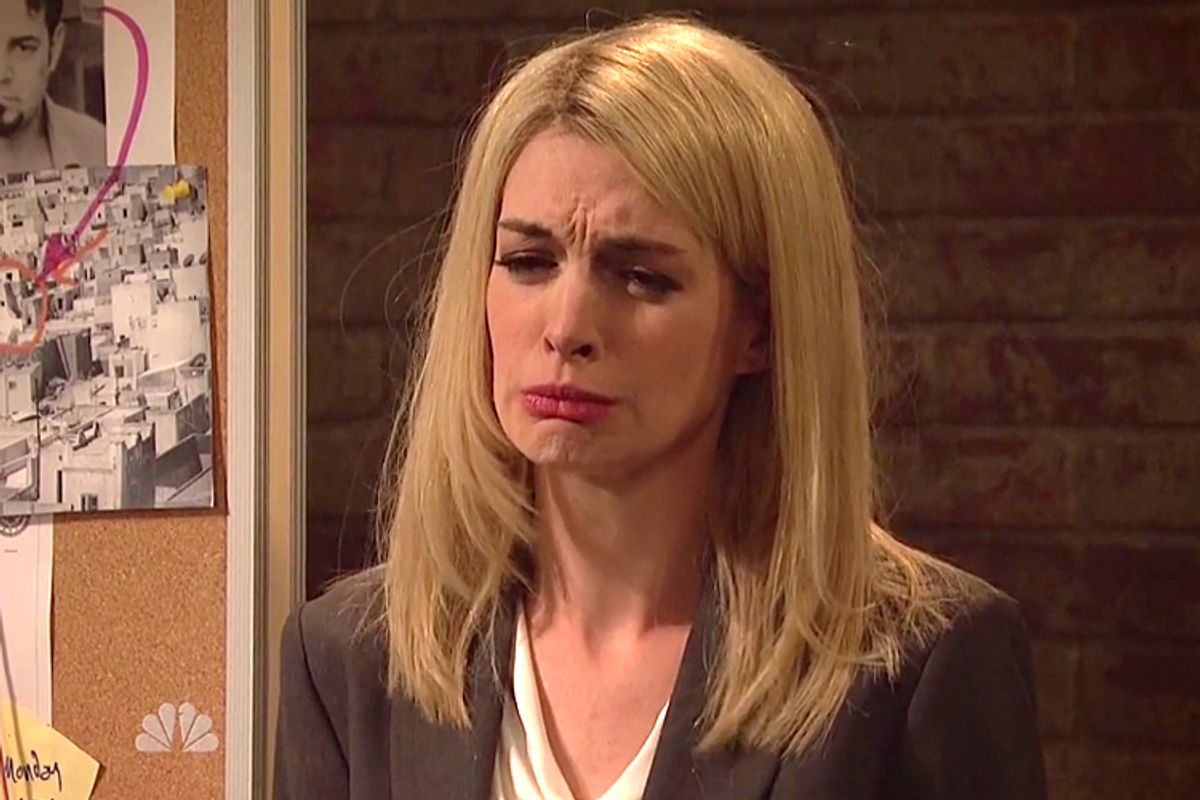 This weekend begins the final run of episodes before "Saturday Night Live" takes the summer off. And with the season's final three hosts (Zach Galifianakis, Kristen Wiig and Ben Affleck) having been announced, perhaps the show's bookers will spend the summer brainstorming funny women.

Of this season's 21 episodes, only 5 were hosted by women -- that's 23.8 percent. And of those five women, four had hosted the program before; only the omnipresent Jennifer Lawrence was a new visitor to 30 Rock.

This is hardly a new phenomenon. Though there have been vacillations in certain seasons, seasons generally break down 70-30 in favor of male hosts. Perhaps this isn't surprising. Not only do women hosts on "SNL" tend to play pretty, anodyne "girlfriend" characters (try to recall a sketch from either of Anna Faris' episodes!), but the female ensemble on "SNL" has traditionally been very strong, so much so that even some talented female cast members have trouble breaking through. Why book more female hosts if they're not going to get much to do? (This isn't new, either. In the show's first season, 8 of 25 hosts were women, including Candice Bergen twice within two months.)

We've broken down the past 10 seasons of "SNL" by gender to indicate that this season, with three Daniel Craigs for every Christina Applegate, is hardly a new phenomenon.

Notable moments: Perhaps this accounts for the 2009-2010 season's flush of female hosts: The only women to host this season were Anna Faris, Anne Hathaway (both of whom would return to the show), and Rosario Dawson (who would not). The nine final episodes of the season, consecutively, were all hosted by men.

Notable moments: The numbers are skewed here, as Mary-Kate and Ashley Olsen co-hosted an episode as did Nick Lachey and Jessica Simpson (2004!) -- all are counted as individual hosts. Janet Jackson hosted shortly after her Super Bowl incident, as did Lindsay Lohan, for the first time (with red hair).