Indian child trafficking on the rise

Approximately 90,000 children went missing in India in 2011 alone. Nearly half of these cases remain unsolved 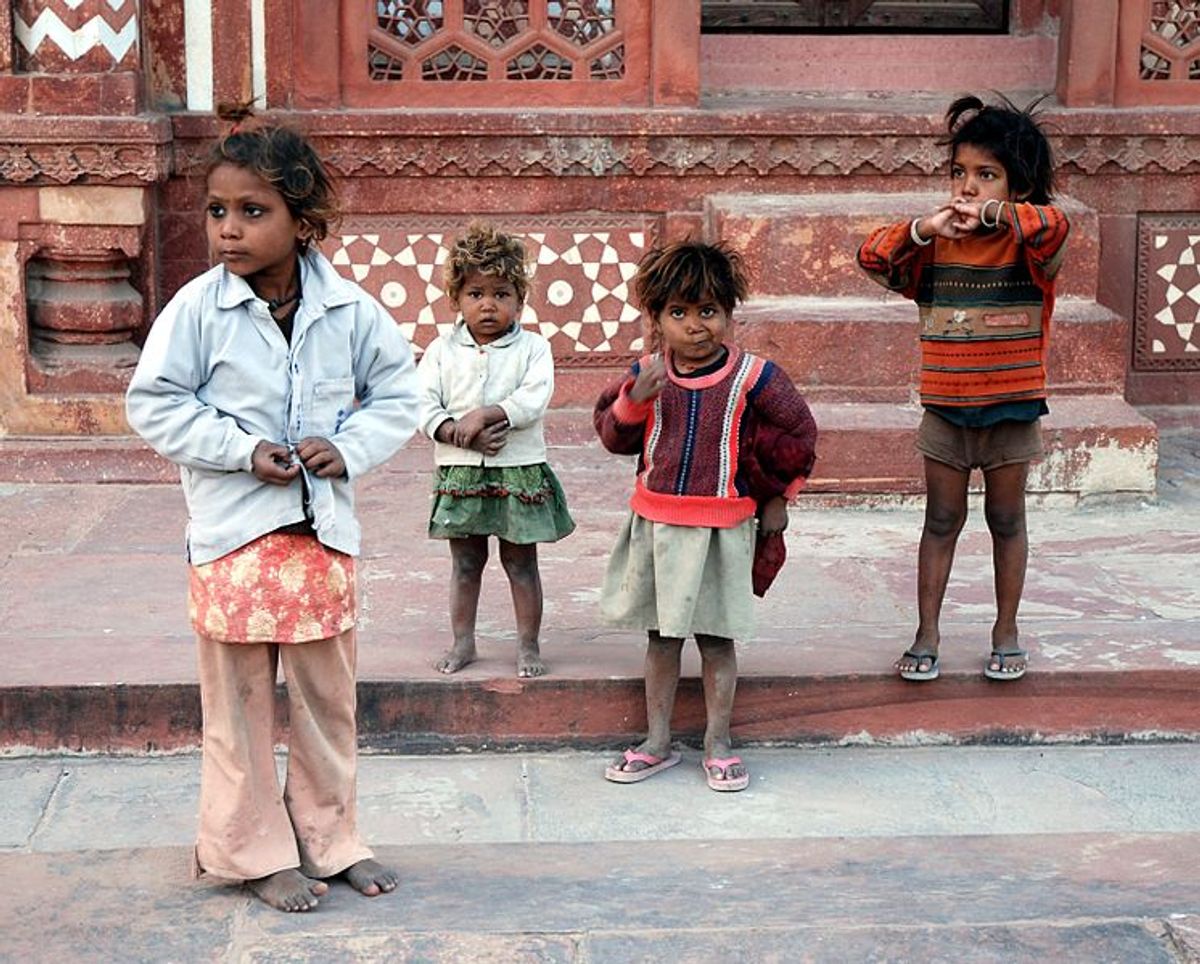 NEW DELHI, India — When police in the north Indian state of Punjab announced the arrest of a grandfather for allegedly selling his infant grandson on Facebook, the news immediately went viral.

But the real story is hidden behind the headline: The buying and selling of children is alarmingly commonplace in India.

“The numbers are shocking now,” said Bhuwan Ribhu, a lawyer who works with the Save the Childhood Movement, a New Delhi–based nonprofit that fights child trafficking and other forms of exploitation.

According to official government estimates, around 90,000 children went missing in India in 2011 alone. And while police contend that many are runaways whose return home is never reported, nearly 35,000 remain untraced, and only 15,000 of the total cases were ever investigated.

Indeed, the Facebook baby was lucky — even if the anonymity offered by the Internet may present an ominous threat in the hands of more savvy criminals. Police acted swiftly to recover the infant boy after his mother, Noori, complained that her father-in-law, Feroz Khan, had allegedly told her the baby had died and spirited him away with the aid of hospital staff.

“After investigations, we found the grandfather of the child had struck a deal with a man in Delhi and had roped-in the nursing staff to smuggle the baby out of the nursing home,” Ishwar Singh, commissioner of police in Ludhiana, told the Telegraph. “We have arrested four people including the grandfather. We have also booked the buyer from Delhi."

That is hardly the experience of most parents. Since 2007, when the exposure of a serial killer in Nithari, on the outskirts of New Delhi, revealed that local police had ignored parents' pleas that their children had disappeared, evidence has piled up showing that officials continue to disregard complaints of missing children.

When GlobalPost visited the homes of parents with missing children for an earlier report, it was painfully clear that the economic status of the families plays a disturbing role in the treatment of their cases.

The desperate circumstances of the slums encourage the authorities to believe that children have simply run away. And sometimes, the plight of the family prompts suspicion that a family member — like the grandfather of the Facebook baby — may be involved in the disappearance.

According to child protection experts, however, cases in which parents or other family members knowingly sell their children are rare. More often, the family is duped into surrendering their child with the promise that he or she will be given a job and a better life in the city — sending home money every month. Some cash changes hands, but it is described as an advance, and most likely intended to sow seeds of guilt among family members that later help stymie any official investigation.

“In the majority of the cases we deal with the child is being taken away with the promise of a better job or a better life and then disappears,” said Ribhu, who the night before had participated in the rescue of a trafficked girl from a house in New Delhi where she was being held.

Earlier this year, India enacted a strong new law prohibiting all forms of human trafficking — whether for labor, slavery, sex or adoption — proscribing a prison term of seven years to life. But the new law has yet to make a difference, as it has not yet been backed by widespread institutional changes, says Ribhu.

Just days before the alleged sale of the Facebook baby, India's capital erupted in wide-scale protests when citizens learned that police had allegedly offered the father of a 5-year-old rape victim a bribe to try to prevent him from revealing that they initially refused to investigate her disappearance.

The delay in the investigation took on new meaning when the brutalized child was found, 40 hours later, in another apartment of the building where her family lives. (She remains in the hospital where she has been treated for severe internal injuries.)

It appears this young girl represents the norm. An investigation by India's Mail Today newspaper, covering six New Delhi police stations, found that despite the new directives, police are still reluctant to file cases when parents come to report missing children. In some cases, they allegedly pressured parents to withdraw their complaints, while in others they demanded money before they would take action, according to the report.

Child protection experts are not the least bit surprised.

“Out of the 10 children who are going missing every hour, only one case is being investigated,” said Ribhu. “These children are all being put into various kinds of exploitation. And a child who is being sold on Facebook is not even a part of this figure.”