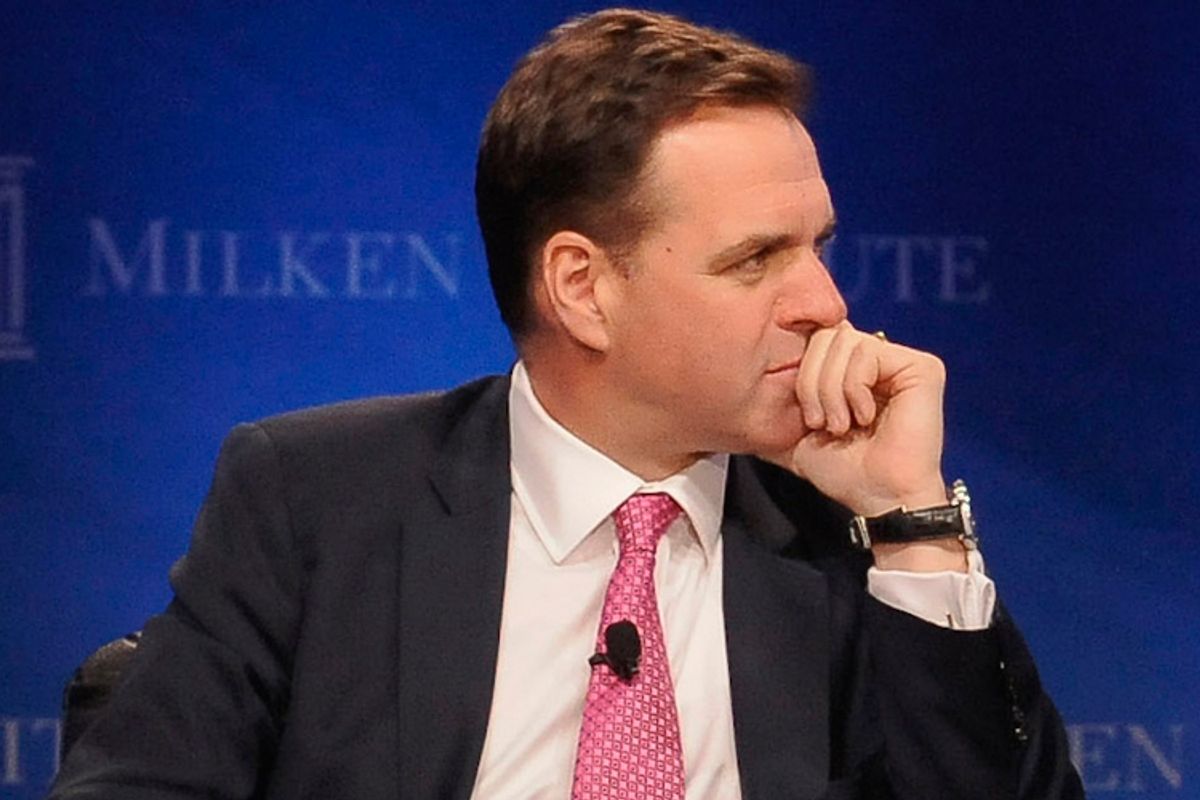 Harvard professor and historian Niall Ferguson has issued "an unqualified apology" for bigoted comments he made on Thursday when he suggested that the supposed shortcomings of John Maynard Keynes' economic philosophy was a result of Keynes being gay.

Speaking to a group of 500 financial advisers and investors on Thursday, Ferguson explained that the problem with Keynes' famous worldview, "In the long run we are all dead," is that we are survived by future generations who must deal with the consequences of our actions. In an off-the-cuff remark, Ferguson added that Keynes adopted this philosophy because he was a homosexual who could not reproduce.

Ferguson asked the audience how many children Keynes had. He explained that Keynes had none because he was a homosexual and was married to a ballerina, with whom he likely talked of "poetry" rather than procreated.

Kostigen wrote, "The audience went quiet at the remark. Some attendees later said they found the remarks offensive."

The comment has sparked controversy with some debating the future of Ferguson's already contentious career:

Ferguson has since issued a serious apology for the comment:

But I should not have suggested – in an off-the-cuff response that was not part of my presentation – that Keynes was indifferent to the long run because he had no children, nor that he had no children because he was gay. This was doubly stupid. First, it is obvious that people who do not have children also care about future generations. Second, I had forgotten that Keynes’s wife Lydia miscarried.

My disagreements with Keynes’s economic philosophy have never had anything to do with his sexual orientation. It is simply false to suggest, as I did, that his approach to economic policy was inspired by any aspect of his personal life. As those who know me and my work are well aware, I detest all prejudice, sexual or otherwise.

Blogger Andrew Sullivan, who is openly gay, agrees that Ferguson's comments were offensive, but urges the public to accept his apology:

I’ve known Niall as a friend since we studied history together at Oxford. This has not deterred me from criticizing his public arguments on the merits, so I’m not a suck-up. But I have known the man closely for many years – even read Corinthians at his recent wedding – and have never seen or heard or felt an iota of homophobia from him. He has supported me in all aspects of my life – and embraced my husband and my marriage. He said a horribly offensive thing – yes, it profoundly offended me – but he has responded swiftly with an unqualified apology. He cannot unsay something ugly. But he has done everything short of that. I am biased, but that closes the matter for me.

And one other small thing: if he really believed gay men had no interest in future generations, why would he have asked me, a gay man with HIV, to be the godfather to one of his sons? And why would I have accepted?

Meanwhile, others, like Jonah Goldberg of the National Review, missed why Ferguson's comment was offensive and balked at the controversy: