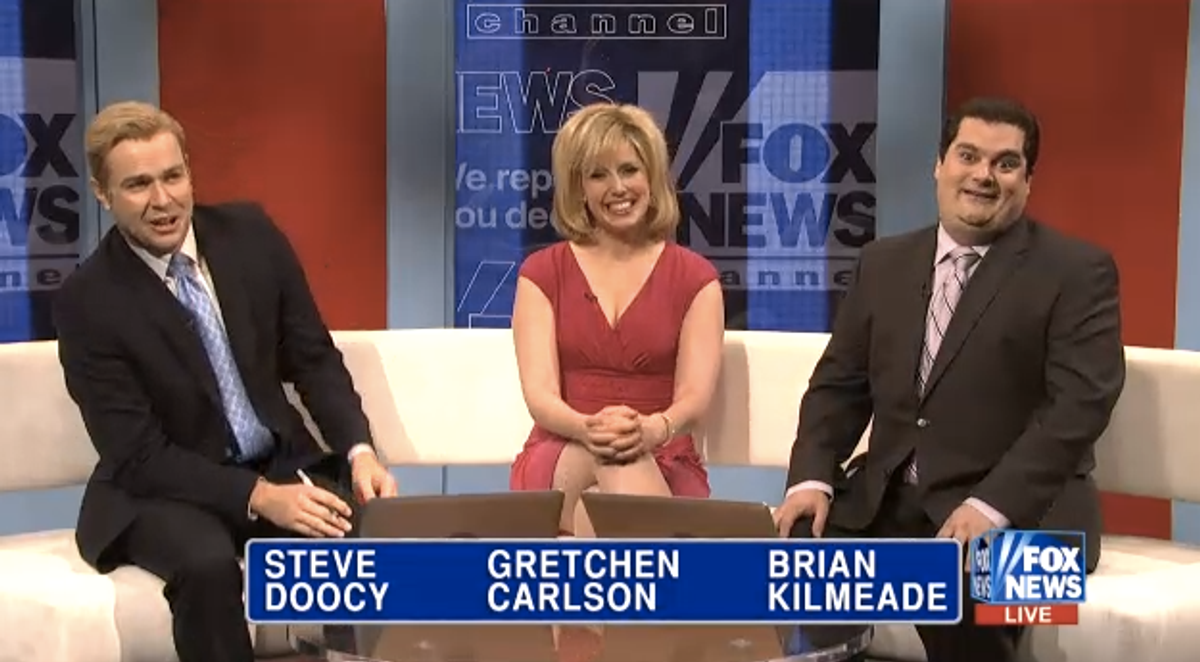 In last night's cold open, "SNL" parodied its favorite show to mock, "Fox and Friends," this time lampooning Fox's reluctance to acknowledge the significance of the coming out of NBA center Jason Collins.

Bobby Moynihan returned as host Brian Kilmeade, joined by Vanessa Bayer (Gretchen Carlson), and Taran Killam as Steve Doocy, who argued that Collins is not a hero.

“I mean, why does telling embarrassing personal secrets make you a hero?” asked Doocey. “Hey, everybody, I prefer Asian ladies, I’m a hero!”

“Hey, I use prescription deodorant on my entire body. Give me a medal!” exclaimed Carlson.

“I practice french kissing on my own hand, isn't that right, Jessica?” said Kilmeade, as he fawned over his fist.

Of course, no version of "SNL's" "Fox & Friends" parody would be complete without a list of corrections or a jab at New York Mayor Michael Bloomberg: