The Onion has responded, saying its new password is "OnionMan77" 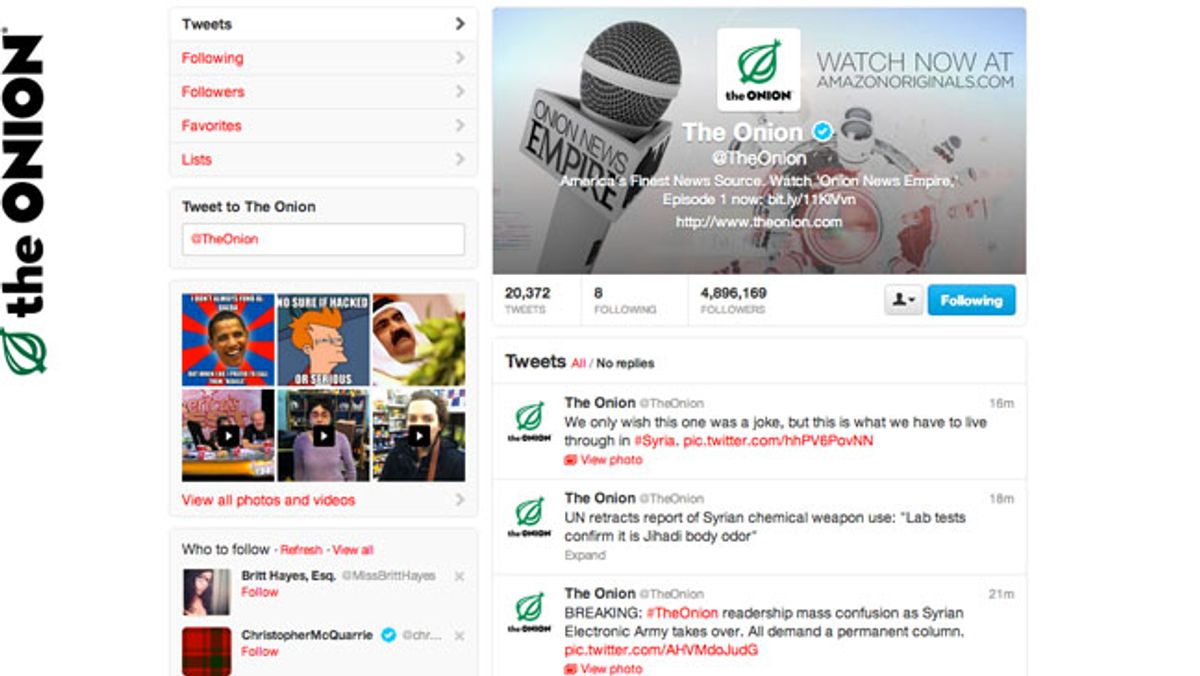 At first, the Internet wasn't sure if the Onion was getting meta, or if hackers were anteing up their attacks.

Several news outlets reported that a collective of hackers known as the Syrian Electronic Army hijacked the Onion's Twitter feed this afternoon, posting a string of unfunny, pro-Syrian army tweets:

"Israel denies forging new alliance with Al Qaeda: "We were friends all along, so it can't be new" - IDF Spokesperson"

"UN's Ban Ki Moon condemns Syria for being struck by israel: "It was in the way of Jewish missiles"

The SEA, which has previously hacked into E! and the Associate Press's social media accounts, claimed responsibility for the attack with this tweet:

The tweets have since been deleted, and the Onion seems to have regained control of its accounts.

Without missing a beat, The Onion has already mocked itself and the SEA over the security breach, announcing that the "Onion Twitter Password Changed To OnionMan77":

Following today’s incident in which the Syrian Electronic Army hacked into The Onion’s Twitter account, sources at America’s Finest News Source confirmed that its Twitter password has been changed to OnionMan77 in order to prevent any future cyber-attacks.