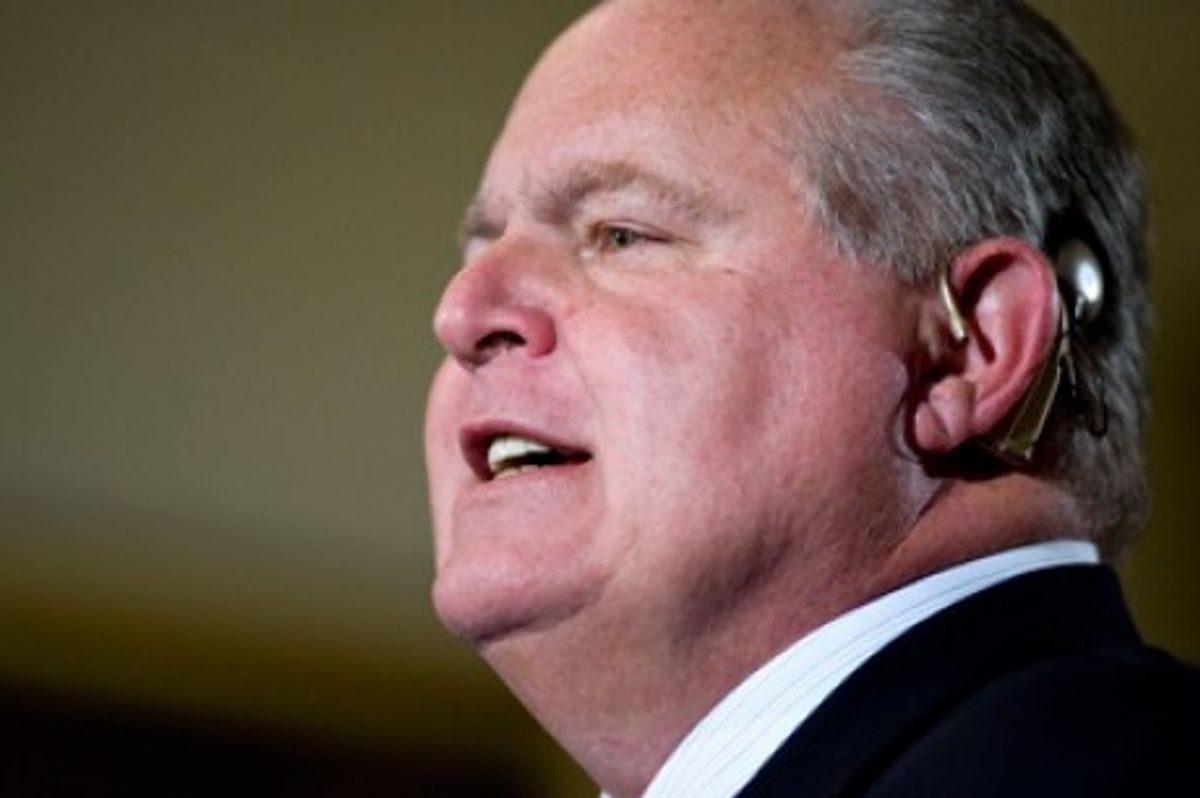 Rush Limbaugh may not renew his contract with Cumulus Media in response to repeated criticism from the network's CEO over Limbaugh's offensive comments about Sandra Fluke, which allegedly lost the company millions of dollars in advertising revenue.

As reported by Politico:

According to the source, Limbaugh is considering the move because Cumulus CEO Lew Dickey has blamed the company's advertising losses on Limbaugh's controversial remarks about Sandra Fluke, the Georgetown law student. In Feb. 2012, Limbaugh referred to Fluke as "a slut" because she had called on congress to mandate insurance coverage of birth control. The subsequent controversy over those remarks resulted in a significant advertising boycott.

The true extent of Limbaugh's effect on Cumulus's advertising revenue is not known. In an August 2012 earnings call, Dickey said Cumulus's top three stations had lost $5.5 million, in part because of the boycott. In a March 2013 earnings call, Dickey said the company's talk radio side had "been challenged... due to some of the issues that happened a year ago." Nevertheless, Limbaugh remains the most highly rated talk radio host in the country...

The news of Limbaugh's possible departure comes one day ahead of Cumulus's Tuesday earnings call, at which Dickey Is once again likely to address the impact the Fluke controversy has had on advertising. The source close to the show described Dickey's remarks about advertising revenue as unjustified, and said such "criticism" of Limbaugh had resulted in the consideration to leave the company.

Limbaugh does not believe he is the source of Cumulus' revenue problems, and a source close to him told the New York Daily News that “Lew needs someone to blame, [so] he’s pointing fingers instead of fixing his own sales problem.” The Limbaugh source went on to dismiss the impact of calling then-Georgetown University law student Fluke a "slut" a controversy that "very minimally impacted [ad sales] in the short term.”