Arizona secretary of state on payroll of Freedomworks activist

Since taking office, Ken Bennett has been on the payroll of a key financer of the Tea Party group 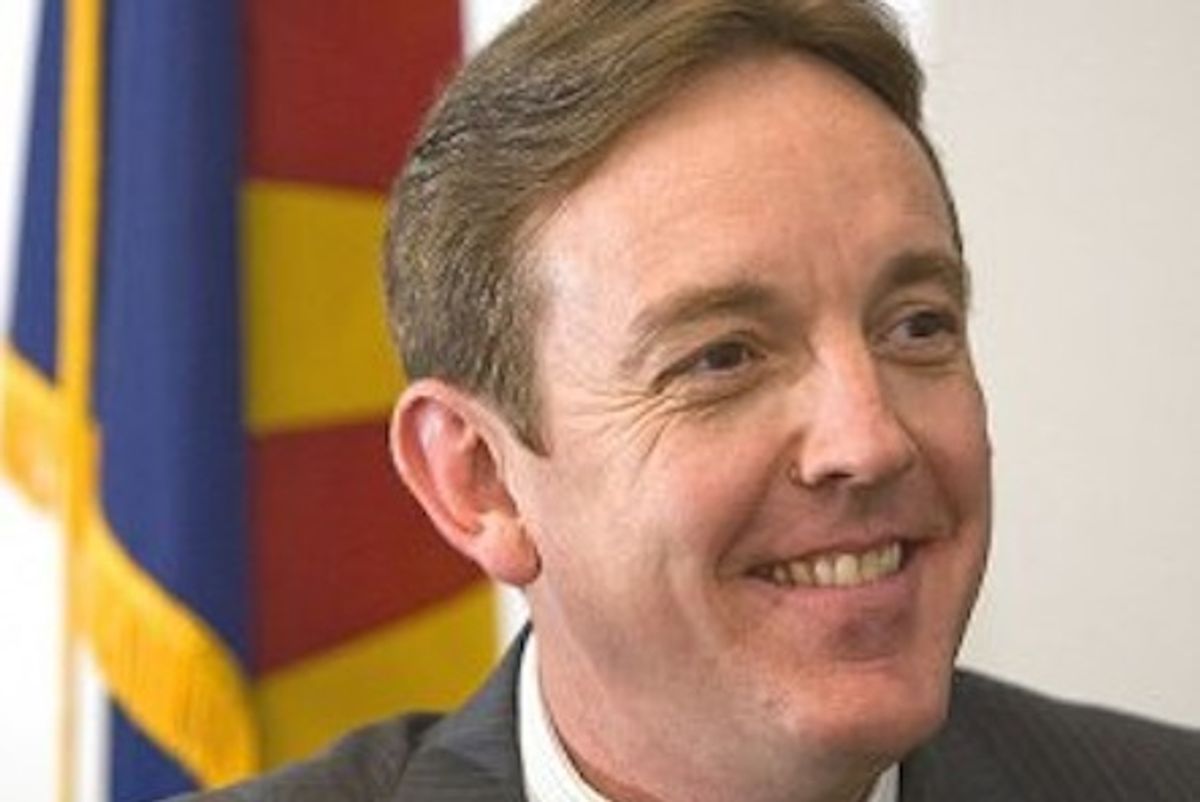 Arizona Secretary of State Ken Bennett, a Republican, has been paid $2,000 a month by a key bankroller of the Tea Party group Freedomworks since he took office in 2009, according to KTVK's Dennis Welch.

Since taking office in 2009, Bennett has been paid tens of thousands of dollars by Richard Stephenson, a wealthy businessman and a key player for the political group, FreedomWorks.

Bennett, who had worked for his family owned oil business in the past, draws a monthly $2,000 salary for his work as a board member for the Cancer Treatment Centers of America, a for-profit company Stephenson started in the 1980s.

Though there is nothing illegal about the payments, it's "because Arizona has weak, in fact, no conflict of interest laws," according to Sam Wercinski, the director of the Arizona Advocacy Network.

"I don't think there's anything inappropriate, in fact it's an honor for me to serve on a board that’s helping treat people for cancer," Bennett told KTVK. "I'm on other boards, my whole life isn't about being secretary of state." He later added: “I don’t see Mr. Stephenson as a political activist.”

But, as Eric Lach from TPM reports, Stephenson has a long history of supporting conservative activist groups:

Stephenson was reportedly an early supporter of Citizens for a Sound Economy, the conservative lobbying group founded in 1984 by the Koch brothers. In 2004, Citizens for a Sound Economy split into Americans for Prosperity and FreedomWorks. Stephenson became a FreedomWorks board member. In recent months, Stephenson has been linked to a mysterious $12 million donation made to FreedomWorks last year. And in the aftermath of former House Majority Leader Dick Armey’s attempted coup FreedomWorks, Stephenson agreed to pay Armey $400,000 per year over 20 years in exchange for Armey leaving the group.

Bennett himself is perhaps best known for trying to get ahold of President Obama's Hawaiian birth certificate last year, and threatening to not put Obama on the ballot if the state did not comply.