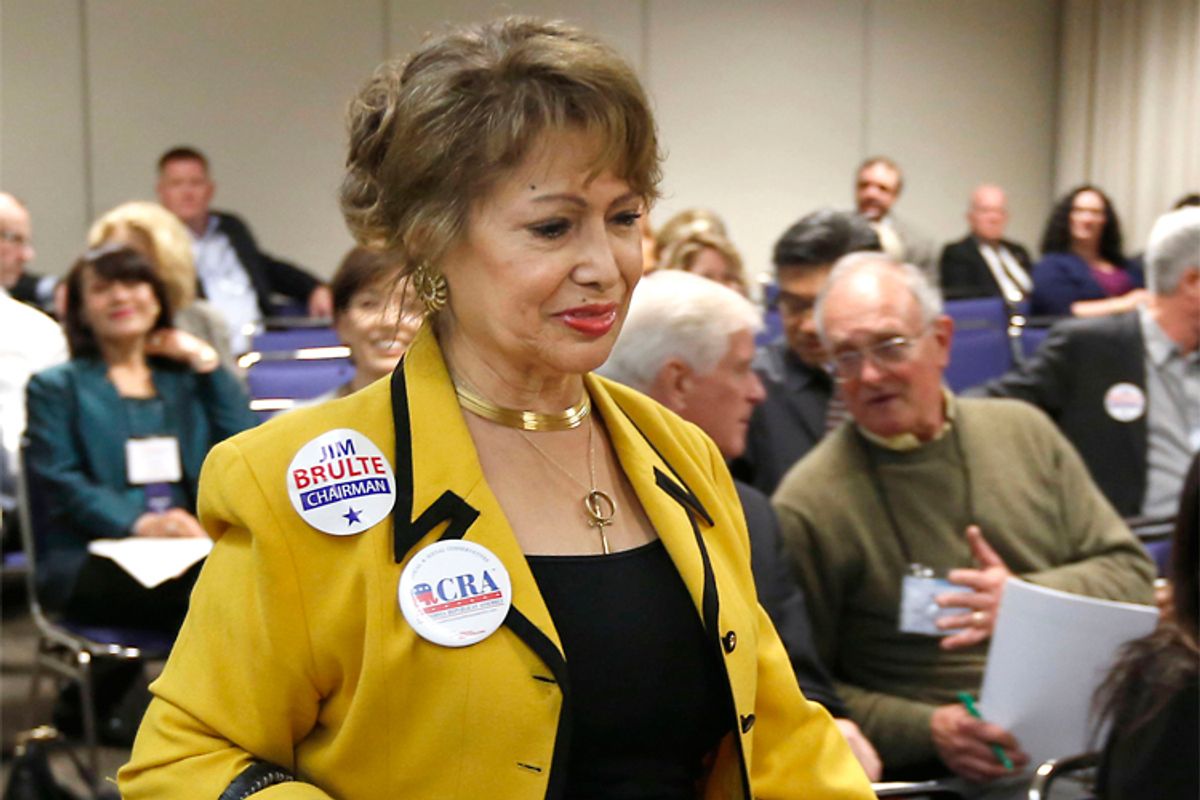 The California Republican Assembly has ousted its president over comments she made back in March, similar to Todd Akin's "legitimate rape" remark, that rape rarely leads to pregnancy "because the body is traumatized."

From the San Jose Mercury News:

The CRA, which Ronald Reagan once called the "conscience of the Republican Party," ousted Greig as president last weekend in an 84-78 vote at its convention, replacing her with John Briscoe, a 63-year-old accountant from Fountain Valley.

Briscoe's campaign manager, Aaron Park, a conservative blogger from the Sacramento area, said Greig's comment that pregnancy by rape is rare "because the body is traumatized" was "embarrassing" and led to a collapse of her support among CRA members. He added that her failure to address the blowback compounded the problem.