Is revolution coming to the U.S.?

They tend to come in waves, triggered by wars and anti-system protests. It can happen here 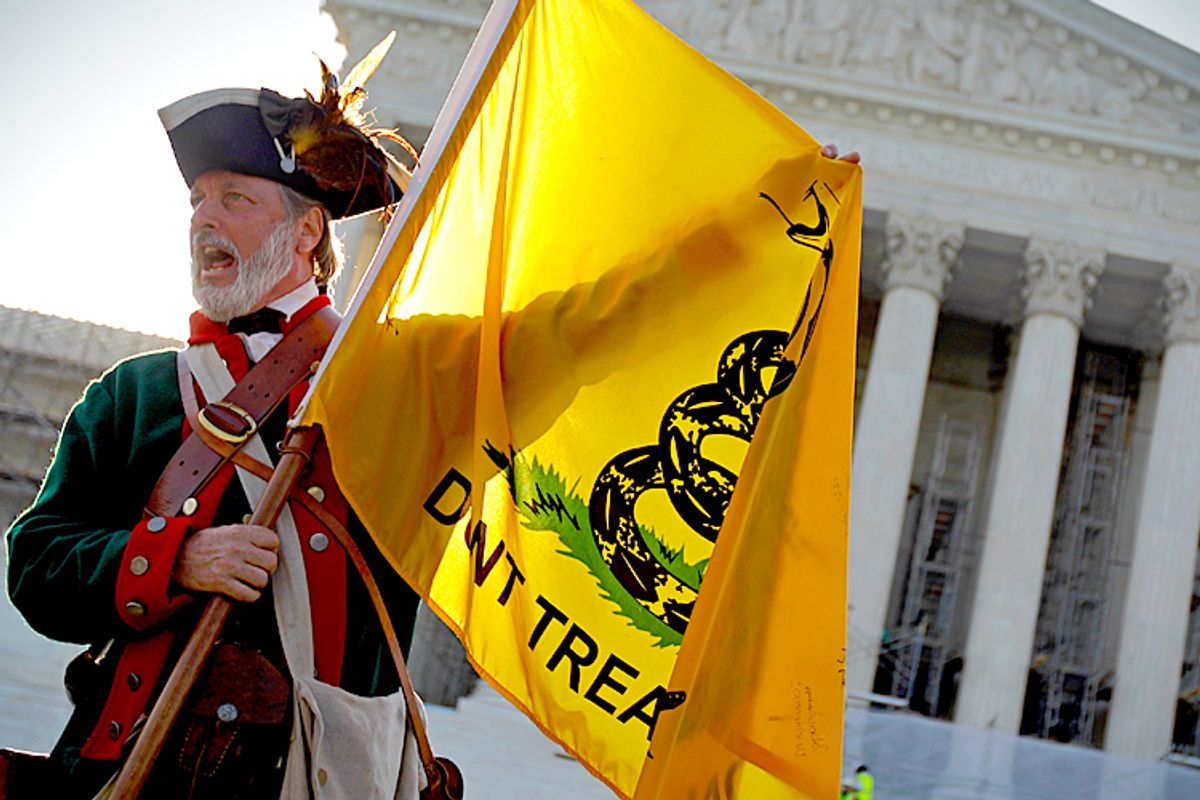 Will the third revolutionary wave hit the U.S. next? The revolutions in today’s world are getting ever closer to America.

Revolutions tend to occur in waves, triggered by the aftermath of wars, like the world wars, or by revolutions in leading countries, like the French Revolution and the revolutions of 1848. In the last generation, there have been four regional waves of revolution. With the end of the Cold War, communist regimes were swept from power from Eastern Europe to Central Asia, surviving only in a few countries including China, North Korea and Cuba. Unable to justify themselves with the pretense of fighting communism, military dictatorships were swept away in Latin America. Then the Arab Spring triggered a wave of populist if not necessarily democratic revolutions against autocracies in North Africa and the Middle East.

Are we seeing a new wave of revolutionary politics in the heartland of the industrial West? Although governments are not being violently overthrown in Europe, political systems are being destabilized by the rise of anti-system movements opposed to the major establishment parties. In Greece, the leftist Syriza party and the far-right Golden Dawn have sapped power from the political center. The most recent Italian election was dominated by anti-system candidates, including Silvio Berlusconi and the comedian Beppe Grillo.

Even closer to the U.S., anti-system movements are upending politics in Germany and Britain. In Germany, an anti-euro party, Alternative for Germany, has gained ground with voters. In Britain, an anti-EU party, the UK Independence Party, has stunned observers by doing well in local elections.

The European protest parties are driven partly by voter backlash against the costs of the economic crisis. Ironically, Europe’s common currency, the euro, is the target of anti-system populists both in countries with large trade deficits like Greece and those with large trade surpluses, like Germany. Britain is not part of the common currency zone, but that does not prevent the British radical right from wanting Britain to leave the European Union altogether.

As this suggests, most of the protest parties and movements in Europe are found on the populist and nationalist right. In addition to being hostile to supra-national institutions, they tend to be hostile to large-scale immigration. They channel the feelings of ordinary people who feel that their ability to control their own country is being sapped from above and without.

This rising populist nationalism is colliding with the post-nationalist culture shared by much of the elite on both sides of the Atlantic. For much of the trans-Atlantic corporate and intellectual elite, overt patriotism is as disreputable as racism. In corporate suites and seminar rooms, many in the political class think of themselves as citizens of the world and beneficiaries of global markets.

The divide between post-national technocratic elites and nationalist citizenries is growing. The democratic language of national self-determination and popular sovereignty is alien to the vocabulary of the Euro-American elite, who instead speak a blandly utilitarian language in which many political issues from the nature of jobs to the regulation of finance are depoliticized and treated as purely economic or technical questions.

While European elites insist that the answer to the failures of European integration is even deeper European integration, European voters are suggesting that the answer may be less Europe and more nation-state — Greece, Italy, Germany or Britain, as the case may be. Wealthy and well-paid European elites who prescribe years or decades of austerity-induced pain for most Europeans have created the backlash against them by means of their own unpopular policies.

The surprising thing is that a similar anti-system backlash has not yet appeared on the same scale in the U.S. The Tea Party movement was never more than the right wing of the Republican Party, and after helping the Republicans win the House in 2010 it showed its weakness in the presidential election year of 2012. The Occupy Wall Street movement fizzled out, after launching the concept of “the 1 percent” into wider public discourse.

If a serious movement of protest against the bipartisan political establishment were to appear in the U.S., it would probably be a movement of the populist and nationalist right, as in Europe. The leaders might be figures like Ross Perot and Lou Dobbs.

While their influence has waned, Perot and Dobbs did much more to reshape American politics than is usually realized. Although the billionaire Pete Peterson has spent a fortune and decades pushing regressive deficit reduction, it was another billionaire, Ross Perot, who unfortunately made federal deficits a populist issue in the 1990s. Under Clinton both parties sought to appeal to the Perot vote by focusing on balanced budgets (while ignoring Perot’s other populist issue, balanced trade). For his part, Lou Dobbs during his years of greatest influence as a TV commentator helped to make opposition to illegal immigration and mass immigration a central part of conservative populism.

Populist anxieties about immigration are likely to grow, rather than fade, in the future, on both sides of the Atlantic, even as support for protectionism declines. Thanks to outsourcing and automation, most people in developed countries already work in the nontraded domestic sector, where they don’t compete in a global market with foreign workers. Domestic service sector workers, however, may compete in their own nation’s labor market with immigrants. What is more, the combination of low native birthrates with high levels of immigration gives the native majorities in many countries a sense that their cultures and languages are being marginalized in their own homeland. Such anxieties are often exaggerated, but to dismiss these concerns as mere bigotry instead of addressing them seriously is to provide a gift to demagogues.

At present the elite consensus in the U.S. seems to be that America is on the road to recovery and the only question is which Republican will oppose Hillary Clinton in 2016. But this ignores the possibility that the destabilizing political forces we see in Europe may find equivalents in America. Having earlier avoided the mistake made by the Europeans with their self-destructive austerity policies, thanks to the sequester the U.S. is now foolishly adopting the kind of contractionary economic policies it earlier spurned. Do not be surprised if several years more of high unemployment and the creation of low-paying jobs produces anti-system movements in American politics with more staying power than the flash-in-the-pan Tea Party and Occupy Wall Street movements. It can happen here.