She died peacefully in her sleep on April 22 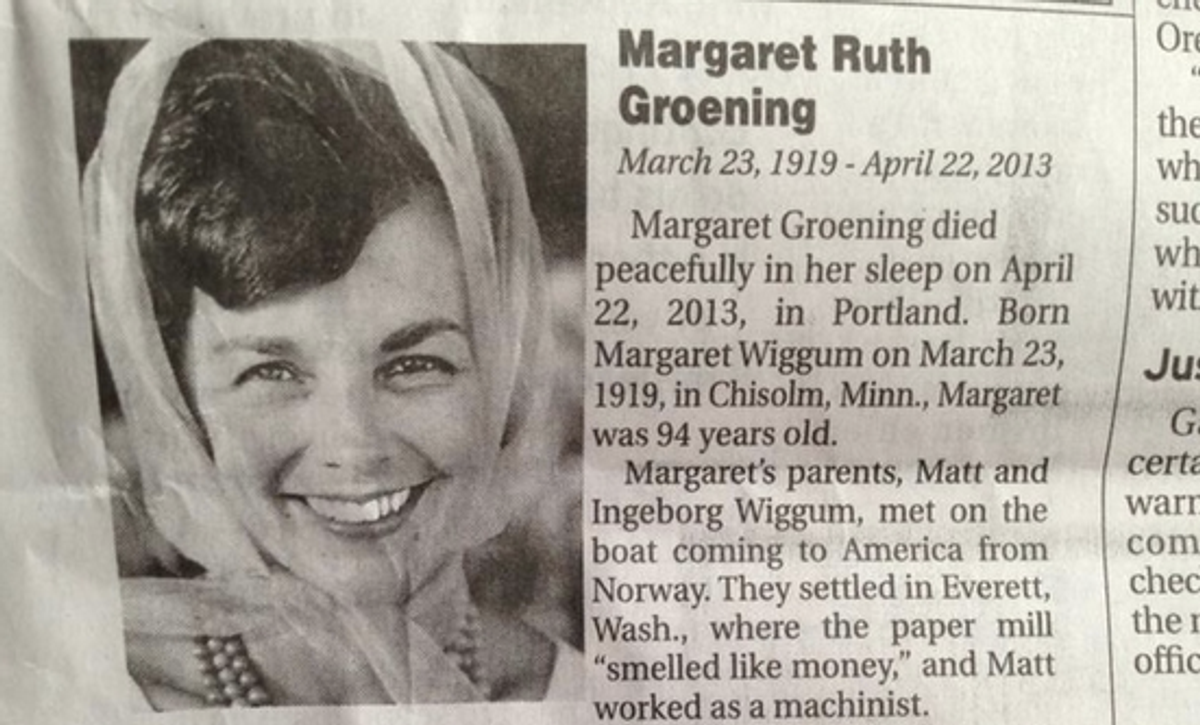 Margaret Groening, mother of "The Simpsons" creator Matt Groening and inspiration for the "Simpsons" character, has died at 94. Groening passed away peacefully in her sleep on April 22 in Portland, Oregon, according to an obituary printed on Monday in the Oregonian.

As high school valedictorian and Miss Everett, Margaret's highest honor was being named May Queen of Linfield College. She graduated from Linfield in 1941 and married classmate Homer Groening, whom she chose because he made her laugh the most. Margaret taught high school English before starting a family, and her love of language was apparent in the many Double-Crostics she completed (in ink). Margaret and Homer supported the Oregon Symphony, the Portland Trail Blazers and many local yarn shops (Margaret was a talented needlework artist).

Many of the fictional "Simpsons" character names came from the Greoning family, including Lisa, Homer, Marge, Maggie, Patty and Chief Wiggum (Wiggum was Margaret's maiden name). The show's main character, Bart, however, was named as an anagram for "brat."