Facing a shrinking pot of spoils, five Japanese mafia syndicates are wreaking havoc on the coastal city of Fukuoka 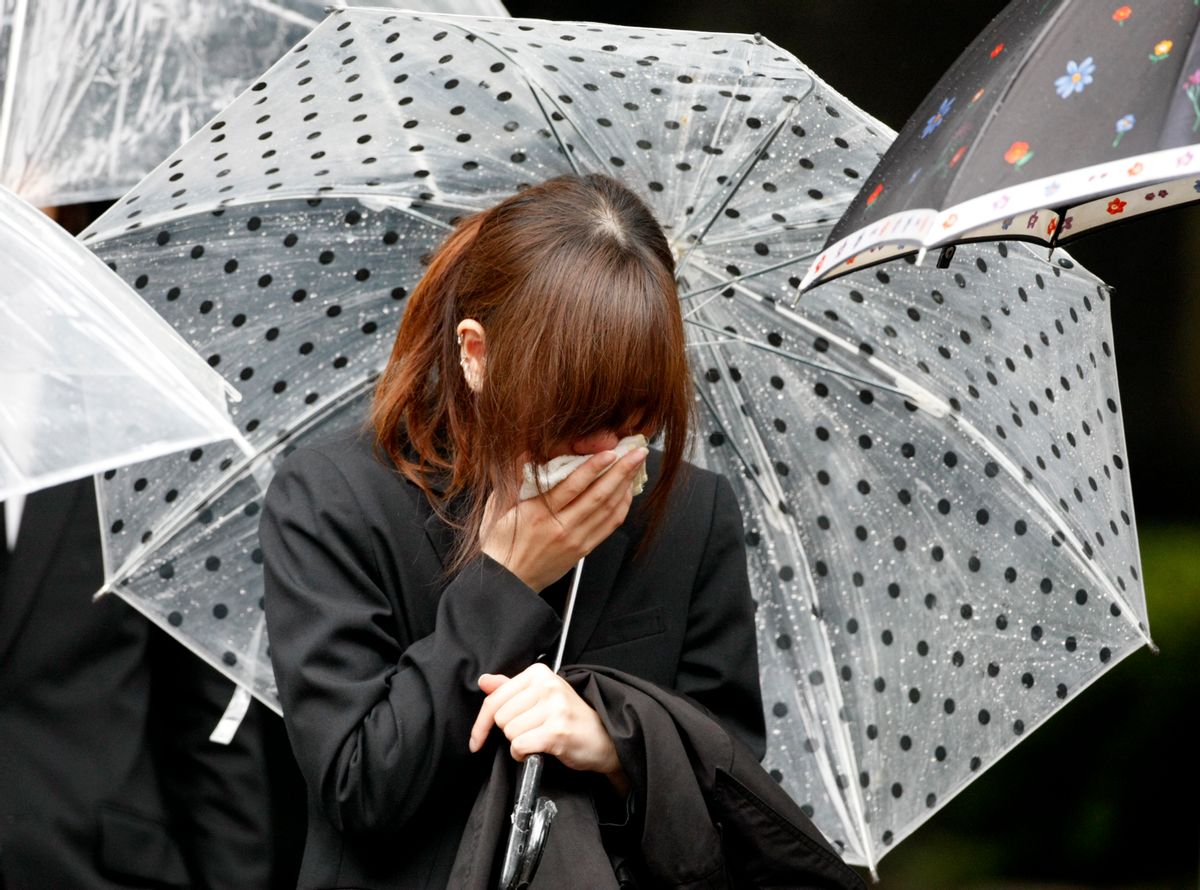 KITAKYUSHU, Japan — Visibly nervous, the chairman of a local construction company asks that we lower our voices at the lunch table, and that his name be withheld from publication.

A few shady characters nearby are eavesdropping, he says. This neighborhood is the territory of one particularly violent faction of "yakuza," the powerful criminal underworld of Japan.

Every month, bargaining with the mid-level mobsters and shakedowns have become draining tasks.

“The yakuza have a hand in all sorts of industries, and working with them is just a part of doing business in this city,” admits the executive, who himself was a mafia-connected negotiator for a construction company for almost 40 years.

But times are changing.

“We used to have a sort of harmony with these bosses,” he laments. “They were enforcers, protectors who asked for our money to smooth out permits and deals, but who kept the battles to themselves. Now they’re out of control.”

Facing a shrinking pot of spoils, five mafia syndicates are waging an unusually vicious gang war in the coastal prefecture of Fukuoka. It’s a rustbelt region on the southernmost island of Japan proper — known as Kyushu — which has the largest number of organized crime groups in the country, according to the government.

The fighting is sucking in police and, at times, innocents. Thugs have occasionally tossed hand grenades — known in yakuza parlance as “pineapples” — into their archenemies’ headquarters, and into the homes of corporate executives who have declined extortionist requests from organized crime.

Last year, the Fukuoka Prefecture Police even became the first in Japan to offer bounties of $1,200 to citizens who reported suspects in possession of the explosives.

The yakuza, who number about 5,000 in the prefecture, have also shown they’re willing to go after the officials who no longer tolerate their presence. The mayor of Kitakyushu and his family have received death threats, a motorbike gunman shot and wounded a retired detective, and gangsters gunned down the head of a construction company in front of his wife.

The attacks became more intense three years ago, when the local government declared war on the yakuza and passed a number of restrictions on them. The moves came alongside a growing body of national laws.

In late 2011, Japan passed the first laws completely outlawing payments to the yakuza. In Fukuoka, police have taken special measures to prevent members of certain gangs from gathering in groups of five or more in public; starting in June, they’ll be banned from entering some business districts.

In December, public safety commissions in Kyushu took the additional step of identifying the Kudo-kai as the only syndicate among five that is “particularly dangerous,” drawing on evidence that it is behind many of the grenade incidents. Two other organizations, the Dojin-kai and Kyushu-Seido-kai, were given a less restrictive ranking as “combative” that will be lifted in June.

It is a legal marker that gives law enforcement wider search and seizure powers. “This organized crime group, the Kudo-kai, is especially bad,” explains Tetsuya Nishida, a police commander in the organized crime division. “They don’t mind hurting civilians, and they go into construction companies and restaurants to get what they want.”

The Kudo-kai did not respond to a request for an interview sent by snail mail to their headquarters.

The Fukuoka gang war has erupted at a time when, in other areas of Japan, yakuza belligerence has subsided. For several years, the country’s three largest underworld organizations — including the massive Yamaguchi-gumi consisting of 55,000 members — have consolidated power and haven’t engaged in much open fighting, said Jake Adelstein, the author of "Tokyo Vice: An American Reporter on the Police Beat in Japan."

In Kyushu, on the other hand, no single victor has emerged among the fractious foes. “Fierce competition makes for fierce fighting,” Adelstein said, drawing a comparison with the capital. “Tokyo gangsters don't lob hand grenades at each other.”

Yet the mob maintains a potent and quiet reach in the Japanese business world, and experts are in disagreement over whether lawmakers will ever stamp out the yakuza completely. One in five companies admits to paying them off, reveals a November study by the National Police Agency, the organization that sets law enforcement policy.

Mob bosses also carry the backing of a titanic fan base. For years the yakuza were, and continue to be, revered by some as benevolent scofflaws who enforced a code of honor. They were seen as keeping the battles to themselves and avoiding civilians.

In the same way American pop culture finds romance in the stories of cowboys and pirates, the yakuza are glorified in fan magazines, comic books, and action films all over Japan.

But unlike the American underworld, the yakuza at times operate in the open without much thought to the eyes of police. The address of the Kudo-kai headquarters, a walled compound in Kitakyushu, is widely available on the internet, and the group sometimes offers interviews to journalists.

The National Police Agency acknowledges that it’ll have a hard time thanks to an amendment in the Japanese constitution that guarantees freedom of assembly. The restraint has become apparent in Fukuoka, where the Kudo-kai sued the prefectural police in January over the “dangerous” label. The group's lawyer claims it infringes on their constitutional right to free expression.

Legal issues like these make Fukuoka residents doubt the effectiveness of striking the yakuza too hard.

“The police simply aren’t powerful enough,” says the construction executive. He thinks the mob presence will never go away, even if it is seeing a nationwide decline.