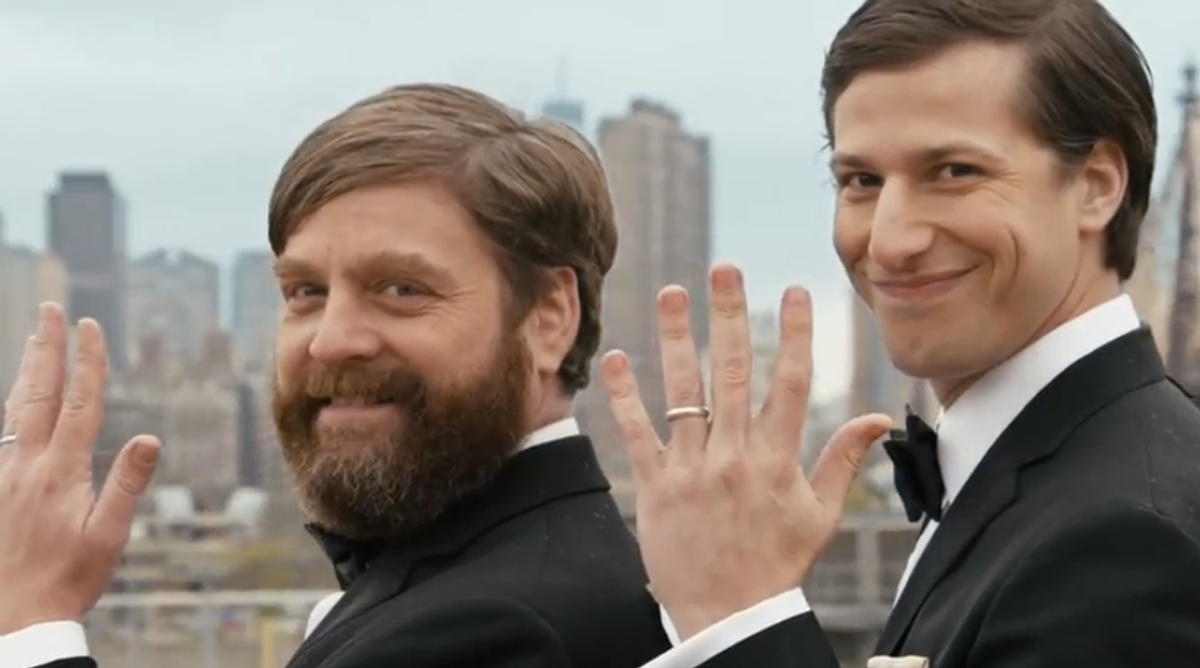 Comedy worlds have magically collided in a new episode of Zach Galifianakis's "Between Two Ferns," which features internet meme James Franco, a new "Spring Breakers"-themed song from The Lonely Island and even a cameo by Edward Norton. At some point, the bro-anthem turns into a search for Mr. Right, and everyone ends up getting married.

The song is the first of the comedy troupe's new Wack Wednesdays series, in which the Lonely Island will release a new video on YouTube every Wednesday until the release of their "Wack Album" on June 11.