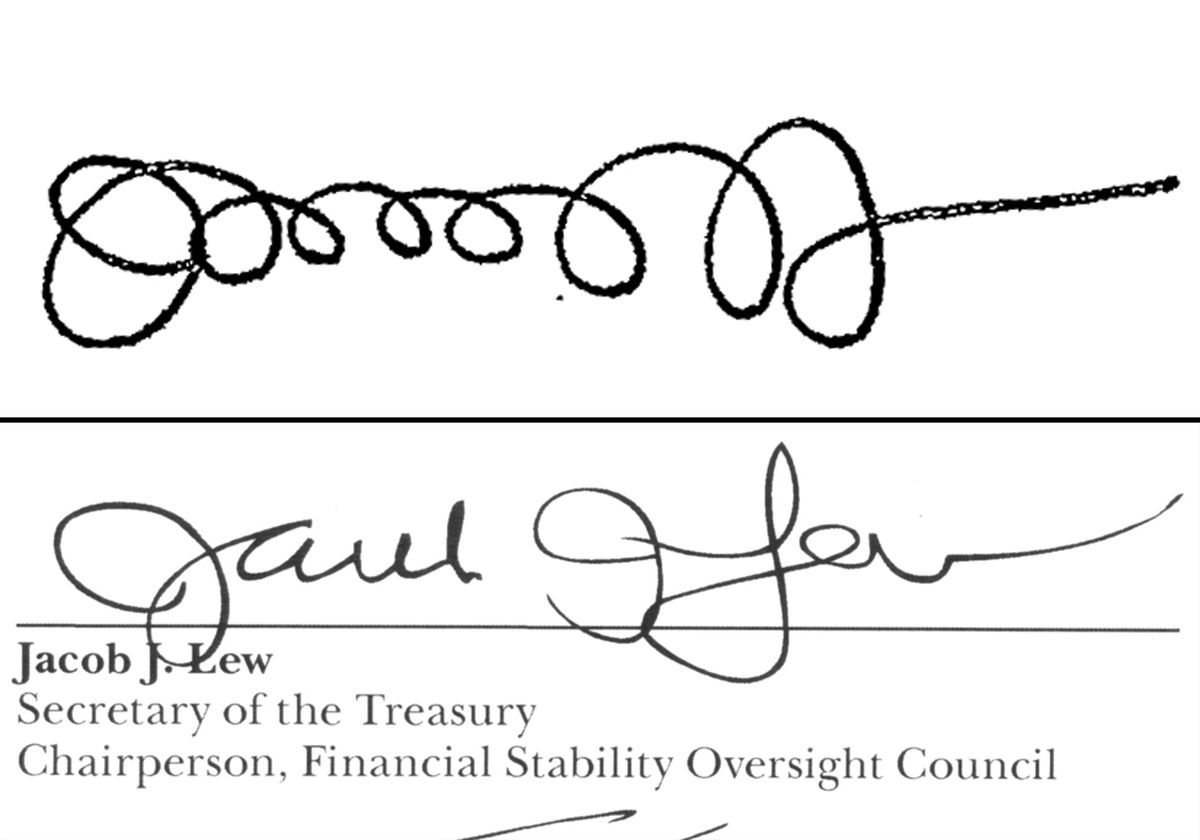 WASHINGTON (AP) — Treasury Secretary Jacob Lew may not have succeeded yet in getting a grand budget bargain with Congress, but at least his handwriting is improving. And it is expected to be even better when the time comes for him to affix his "Jacob Lew" to the nation's currency.

Lew's handwriting was so bad before that it even drew presidential notice.

President Barack Obama joked in January when he nominated Lew for the Treasury post that he had never noticed before how illegible Lew's signature was. Lew served as Obama's chief of staff and also as director of the Office of Management and Budget before taking the Treasury job.

Lew's scrawl as OMB director consisted of a series of loops that bore no resemblance to his name.

"Jack assured me that he is going to work to make at least one letter legible in order not to debase our currency," the president joked.

Recent examples of Lew's handwriting show his practice is paying off. All the letters of Lew's last name could be made out in his signature on the annual report of the Financial Stability Council, which came out in late April.

While Lew is still a long way from winning any penmanship honors, Treasury officials say stay tuned. Lew still has time before he has to provide the official signature that will go on all of the nation's currency, something that he is expected to do later this year.