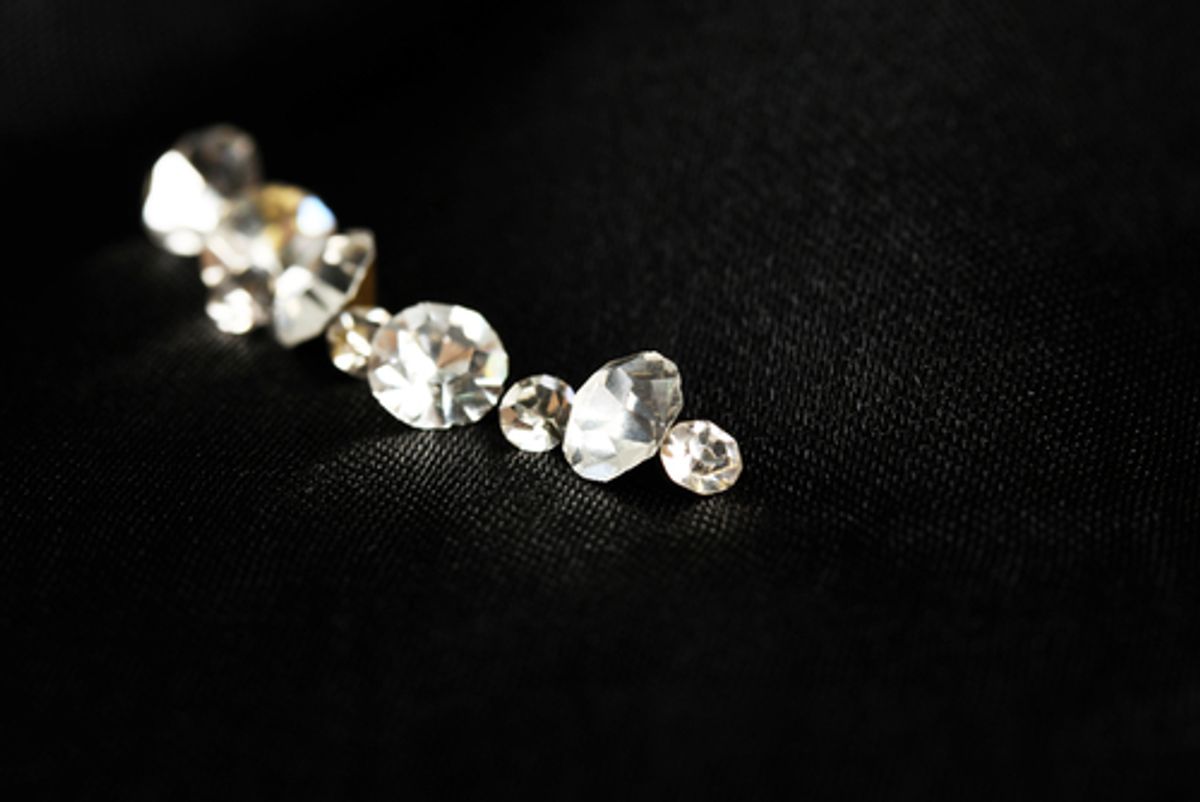 BRUSSELS — Authorities claimed a major breakthrough on Wednesday in their investigation of a spectacular $50 million diamond heist, detaining at least 31 people in a three-nation sweep some three months after robbers pulled off the theft with clockwork precision at Brussels Airport.

A Frenchman who is believed to have been one of the actual robbers at the airport was arrested in France, while six to eight people were detained in Geneva, and 24 in and around Brussels. Police did not indicate what the other suspects’ roles might have been.
What’s more, police say they have proof that diamonds found in Switzerland were part of the cache that was spirited away in the brazen Feb. 18 robbery that ranks among the biggest diamond heists of recent times.After two months of investigation on some of the suspects, police moved in. Suspects in France and Switzerland were detained on Tuesday, and the following day Belgian police carried out a massive operation, with 250 police involved in 40 house searches.“In Switzerland, we have found diamonds that we can already say are coming from the heist, and in Belgium large amounts of money have been found. And the investigation is still ongoing,” said Jean-Marc Meilleur, a spokesman for the Brussels prosecutor’s office. He said police had also found luxury cars.

Meilleur was scant on detail, yielding no clues how police got on the trail of the suspects. Authorities were expected to announce later Wednesday how many of the detainees would be charged and arrested.

In Geneva, a police statement said that “a very important quantity of diamonds was seized” during the sweep “coming from the spectacular heist at Brussels airport.” While Belgian authorities spoke of six detentions in Switzerland, Geneva police put it at eight, including a businessman and a lawyer. Authorities were alerted when suddenly a member of a major criminal organization appeared in their city. The value of the diamonds was still being estimated.

It was the first breakthrough in a robbery that many had started comparing to an “Ocean’s Eleven”-type Hollywood script for its clinically clean execution during which no one was injured.

On a cold winter evening, the diamonds had been loaded on a plane bound for Zurich when robbers, dressed in dark police clothing and hoods, drove through a hole they had cut in the airport fence in two black cars with blue police lights flashing. They drove onto the tarmac, approached the plane, brandished machine guns, offloaded the diamonds, then made their getaway in an operation that barely took five minutes. Later that night, investigators found the charred remains of a van most likely used in the heist, but little else.

The stolen parcels contained both rough and polished stones. The trail ran dry until the surprise announcement on Wednesday.

Meilleur said that the man held in France is suspected to be one of the robbers. “This person has a very heavy judicial background in France and his extradition to Belgium has been requested.”

Belgian authorities said that about 10 of the 24 people detained in Belgium were known criminals. The suspects ranged in age from 30 to 50, they said.

The diamond industry, too, was totally caught by surprise by Wednesday’s developments. “But we can only be happy,” said Caroline De Wolf, spokeswoman for the Antwerp World Diamond Center.