Spock blows it with the ladies

A lesson from YouTube's Trends Map: Women are romantic, unless Vulcans are involved 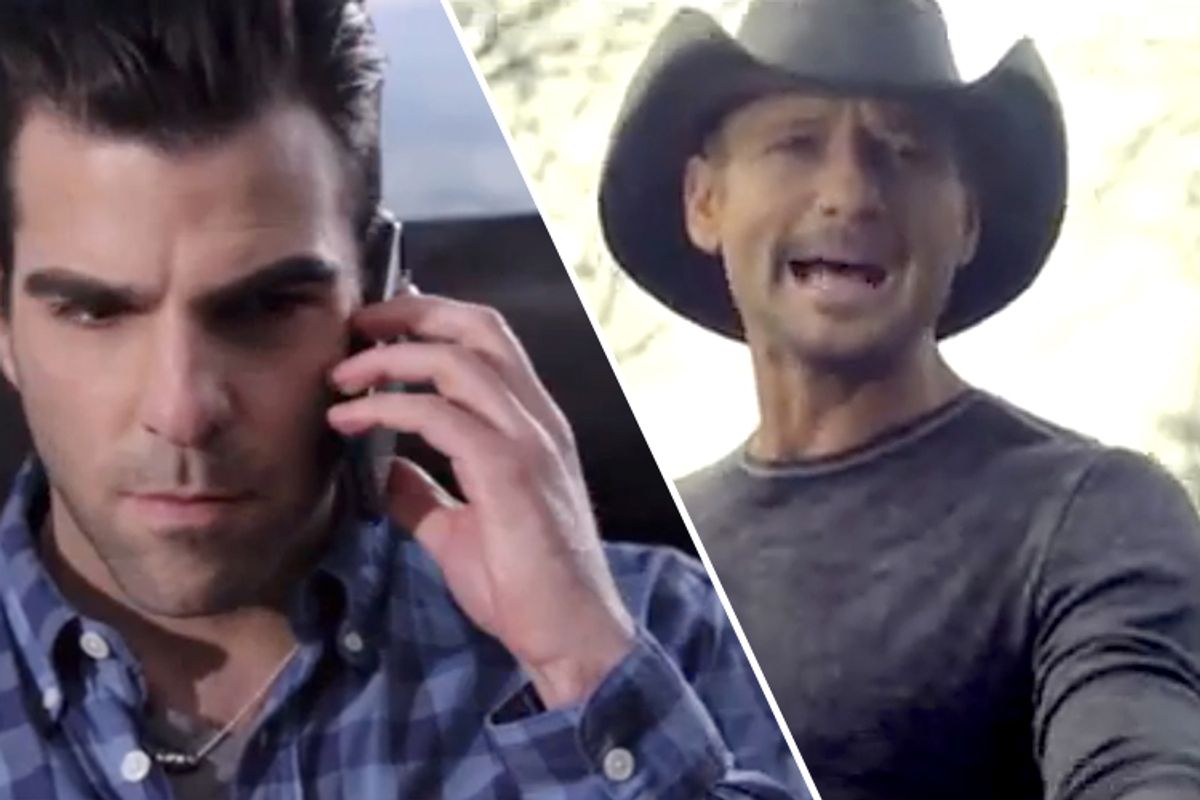 Men like Spock. Women are more interested in Amanda Berry's rescuer Charles Ramsey. Teenage boys like watching things blow up and getting a chance to win in-game currency to buy cool weapons for online gaming. Teenage girls are checking out Tim McGraw singing with Taylor Swift.

I learned these zeitgeist tidbits by spending about an hour perusing the latest neat thing from Google, the YouTube Trends Map. It's the video equivalent of Twitter's trending topics feature, with the added ability to break down categories by gender, age and geographic location. Want to know what 13-17-year-old girls in the East are watching compared to 55-64-year-old guys in California? The Trends Map will show you.

The world is watching around 6 billion hours of YouTube video every month, which suggests that the insights to be gained from spying on viewer habits should be culturally meaningful. For example, I did not realize quite how gendered love of Spock is. Right now the Audi ad featuring Leonard Nimoy (old Spock) battling it out with Zachary Quinto (new Spock) is the most watched video for men of all ages. But it doesn't even show up in the top five for women of all ages.

The difference in teenage viewing habits is even starker. The third most watched video for teenage boys was a 16-second clip announcing a contest to win virtual currency for the game Combat Arms. (Guys, that's just kind of dumb.) Meanwhile, the girls are watching the aforementioned utterly boring McGraw/Swift duet, "The Highway," and the far more fetching "Cups" by Anna Kendrick from the "Pitch Perfect" soundtrack. (By the way, girls, you need to make up your mind: Kendrick is singing "you're gonna miss me when I'm gone" while Swift is singing "I can't live without you." This is what teenage boys consider a mixed message.)

YouTube Trends Map will be a valuable tool, especially for stumped bloggers desperate for inspiration. It will also be the cause for confusion, and occasionally, outbreaks of empathy. For example, I'm not sure I can explain why as soon as you get west of the Mississippi, the general viewing public becomes more interested in Spock and the trailer for "Ender's Game" than Charles Ramsey.

But there's something almost unspeakably romantic about the fact that the second most watched video for women aged 55-64 is country singer Alan Jackson's version of the late George Jones' "He Stopped Loving Her Today."