At first the video had been pulled from the site, citing a terms of service violation 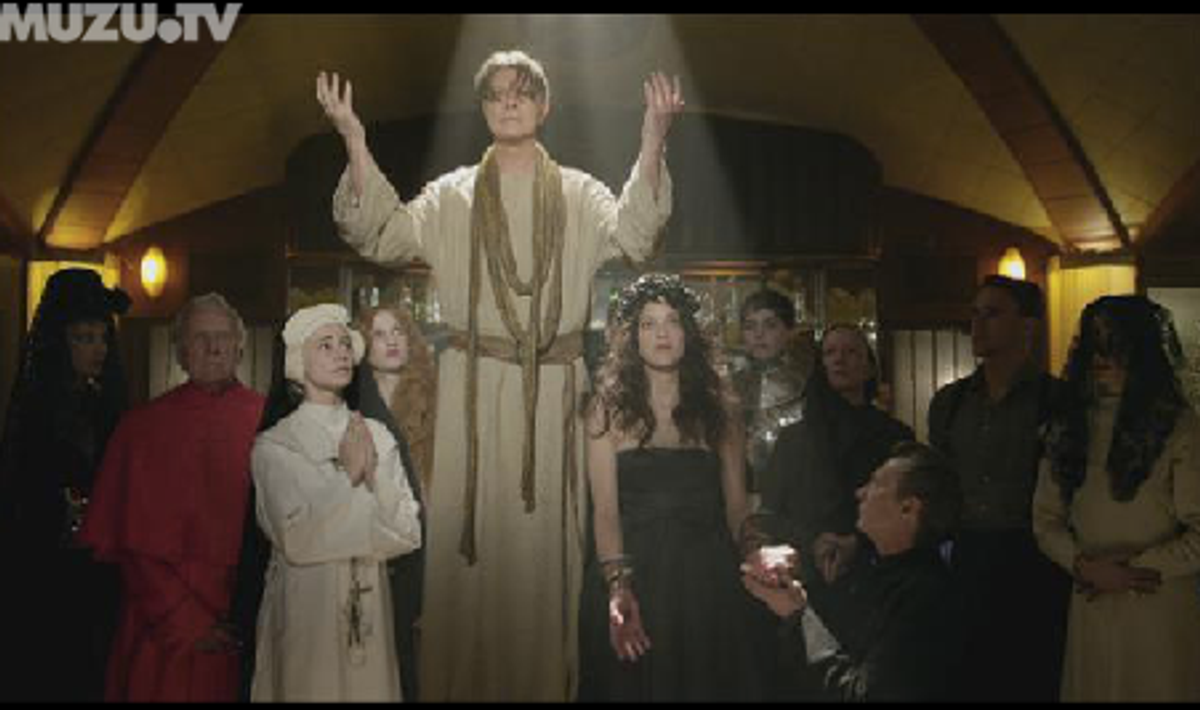 After pulling David Bowie's controversial music video, "The Next Day," from YouTube yesterday, the site has reinstated it with an adult-only restriction.

The video also stars Oscar-winning French actor Marion Cotillard as a woman with blood spurting from stigma-like wounds, as well as Oscar nominee Gary Oldman as a priest condemning Bowie.

A spokeswoman for Google-owned YouTube said the video was pulled then returned with a restriction for viewers aged 18 and above.

"With the massive volume of videos on our site, sometimes we make the wrong call," she said. "When it's brought to our attention that a video has been removed mistakenly, we act quickly to reinstate it."