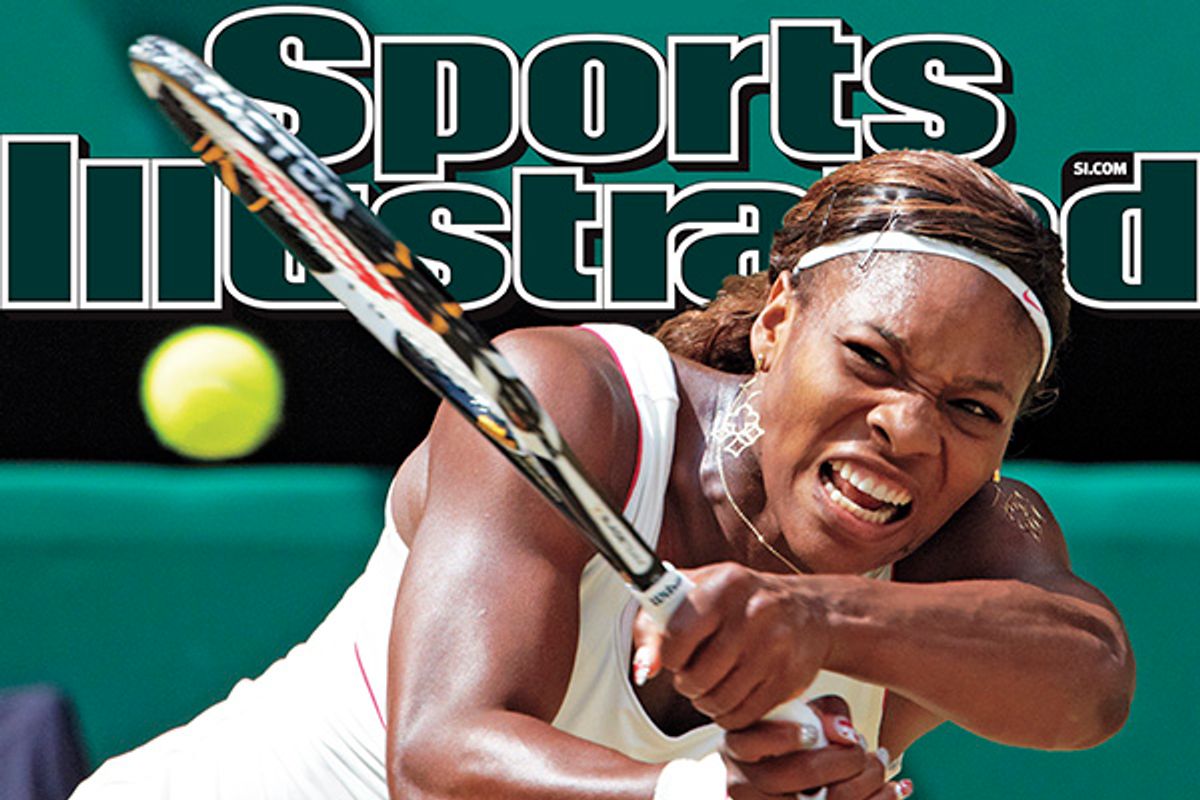 That recent Sports Illustrated cover featuring Jason Collins was, in one obvious respect, a landmark. But in another way, it was business as usual for the venerable weekly.

The openly gay Collins is, after all, a man—and men are featured on the cover of SI about 95 percent of the time. That’s the conclusion of recently published research, which finds that, from 2000 through 2011, women appeared on just 4.9 percent of Sports Illustrated covers.

That figure is “comparable to levels reported for the 1980s,” write University of Louisville sociologists  Jonetta Weber and Robert Carini. “Indeed, women were depicted on a higher percentage of covers from 1954-1965 than from 2000-2011.”

For their research, published in the International Review for the Sociology of Sport, Weber and Carini looked at 716 SI covers from January 2000 through June 2011. They excluded the annual swimsuit issue, “as its focus is not on sports performance per se.” While they found considerable variation from year to year, the total added up to a paltry 35 covers, or 4.9 percent of the total. A grand total of 11 featured women of color.

The imbalance looms even larger as you dig further into the numbers.

“Of the 35 covers including a female, only 18 (or 2.5 percent of all covers) featured a female as the primary or sole image,” they write. “Three covers included females, but only as insets (small boxed image), or as part of a collage background of both male and female athletes.”

The contrast with the magazine’s first decade of existence is stark. Between 1954 and 1965, women were featured on 74 SI covers, or 12.6 percent of the total.

Weber and Carini note that while that era was “not known for progressive gender ideologies” (as any viewer of Mad Men can attest), it was “a period in which SI featured a wider variety” of sports on its covers, including recreation and leisure activities. “In subsequent decades,” they write, “SI covers have both reflected and swayed their audiences toward corporate sport, particularly lucrative football, basketball, baseball, and even hockey. Female representation on covers dwindled over the period, and has remained at low levels for decades.”

Then again, if women athletes were on SI’s cover more often, they might have to sacrifice their dignity for the publicity. A recent survey of Rolling Stone covers found 83 percent of female musicians were portrayed in a sexualized fashion (often wearing minimal clothing), compared to just 17 percent of men.

Sports Illustrated did launch a female-oriented offshoot, SI for Women, but it folded in 2002 after only 20 months. If that publication’s content was be folded into the main magazine, it was not reflected in its cover choices.