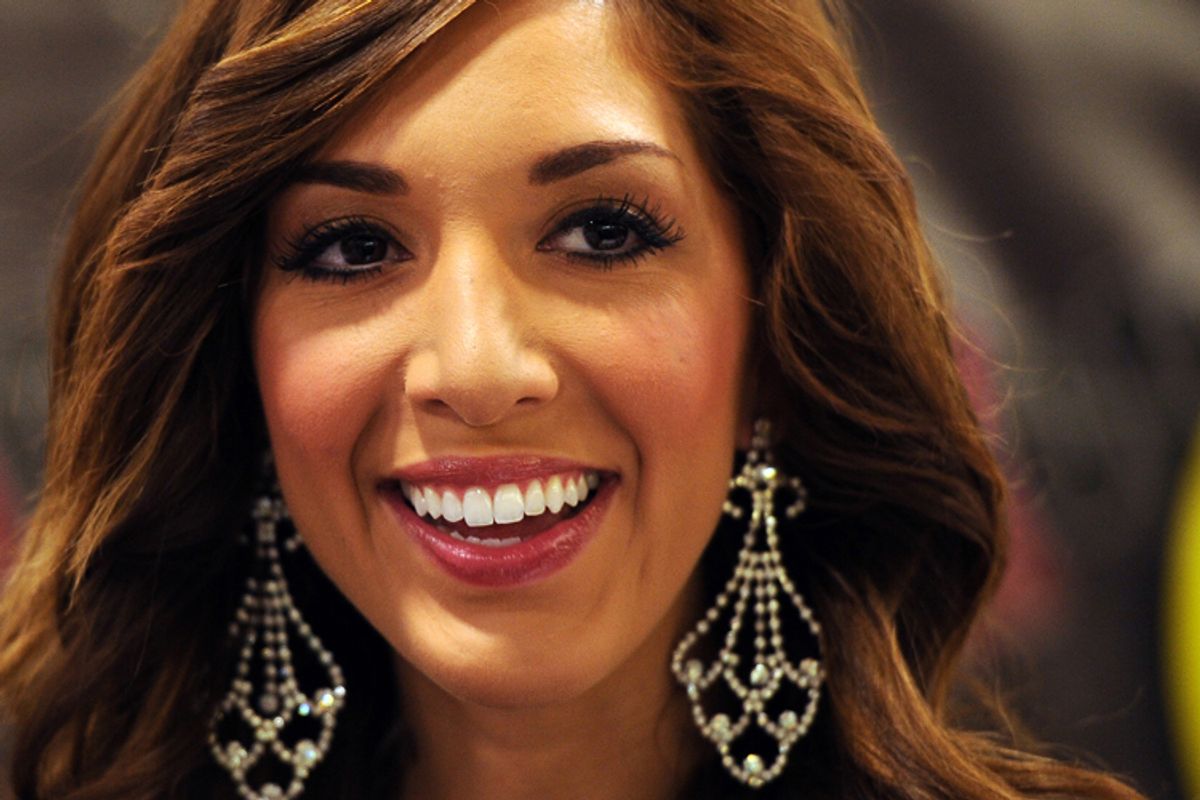 In the past year, SeekingArrangement.com, the leading Sugar Daddy dating website, declined two opportunities to work with the ex-reality star, ultimately deciding that she wasn't a "good fit" for their public image.

"We’ve had the opportunity to work with Farrah more than once,” says Brandon Wade, Founder & CEO of SeekingArrangement.com. “But we could tell that Farrah wasn’t coming to us for the right reasons. She was just looking for a quick pay off, not a lasting mutually beneficial arrangement."

This is just like when Steven Spielberg issued a press release about the actors he'd turned down to star in "Lincoln"! Or when the Fox network lambasted Katy Perry for not striking a deal to judge "American Idol"! Except that this sort of thing never happens in any industry but a very specific corner of the Internet. It's that place where "Teen Mom" and "lasting mutually beneficial arrangements" meet, where bottom-feeding "dating" (?) sites looking for a few hits use a newsy term in their email blasts, hoping to catch the attention of an SEO-term-starved blogger working after 6 p.m.

Wade, the CEO of SeekingArrangement.com, goes on to say that Abraham might have been a role model to young women, if only she'd worked in an undefined capacity for a website where wealthy men buy the company of, well, young women.

“It saddens me to think that Farrah believed her actions would lead to a path of empowerment and self esteem. I think she will look back on this experience one day, and regret it. She had this incredible opportunity to be a role model; the front door was wide open,” comments Wade. “But instead she chose the 'back door' to financial security, and she will soon come to realize that a lot of doors will be closed to her now because of it.”

That's right -- the proprietor of a site catering to women who seek "someone who will pamper you, empower you, and help you mentally, emotionally and financially" (don't ask what the men are seeking) is an anti-porn crusader. At least as long as Abraham is in the news, that is.

Leaving aside a million questions -- did this ever even happen? What job was Farrah offered or did she seek? How would working for this site have made her a role model? -- we can acknowledge, at least, that Wade's pun game -- or that of his publicist -- is on point.