"If we discover homosexuals in our department, we discharge them," said former Secretary of State Dean Rusk 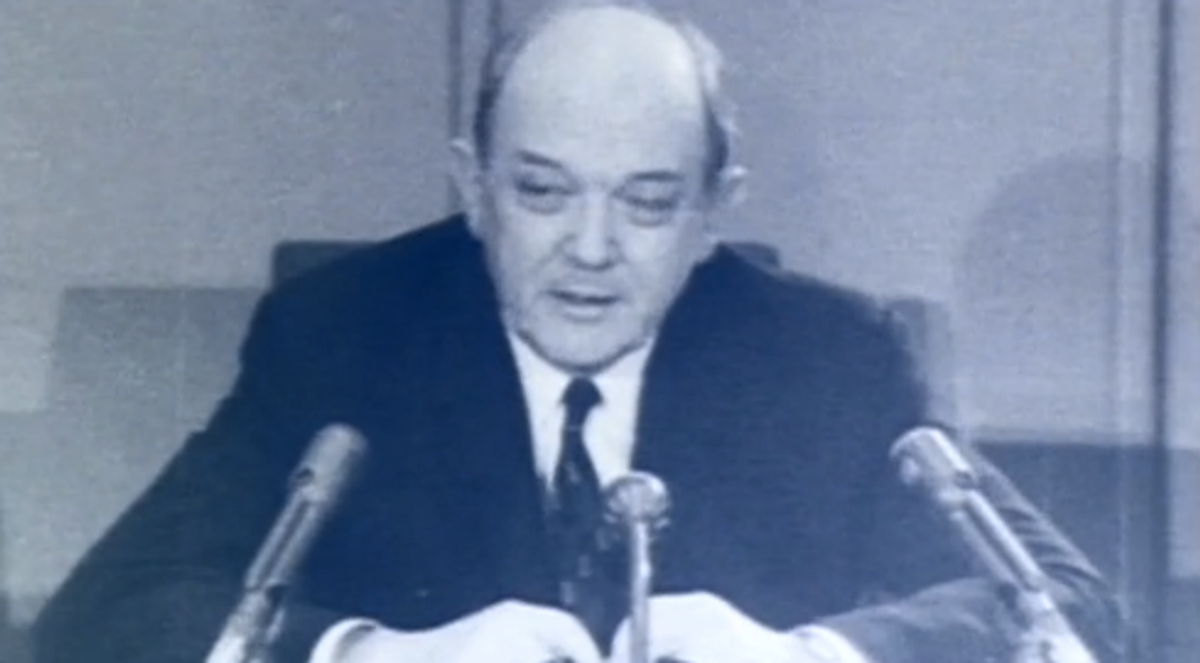 Towle Road has released footage from an upcoming documentary about the United States' gay "witch hunts" of the 1950s and '60s, in which government agencies covertly investigated the sexuality of federal employees.

The footage, as described by "Lavender Scare" filmmaker Josh Howard, is a clear indication of how far America has come on gay rights  -- and how much further there is to go:

In 1965, Frank Kameny and Jack Nichols organized the first gay rights demonstrations the nation had ever seen. With a handful of others, they picketed the White House and other government buildings to protest the on-going ban on hiring gay and lesbian workers. On August 28th, they picketed the State Department. At a news conference the day before, Secretary of State Dean Rusk was asked about the protest. The derisive laughter from the press corps and Rusk’s dismissive response to the protest is chilling and hard to believe when seen from today’s perspective.