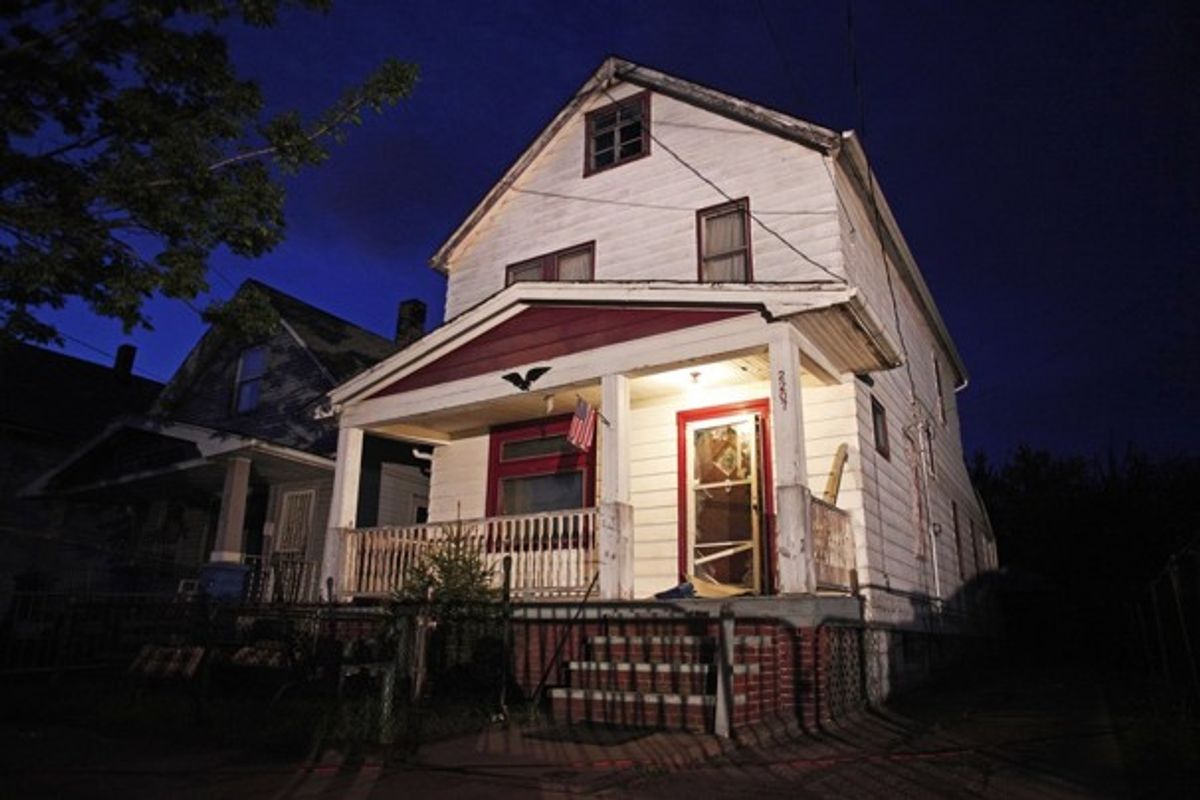 The reports are varied and as-of-yet unconfirmed. Neighbors of Ariel Castro, the man accused of abducting and physically and sexually abusing three women, may have seen a lot over the decade that Amanda Berry, Gina DeJesus and Michelle Knight were held captive. Some on that Cleveland block say they witnessed a man walking nude women around on leashes; others reported windows covered over in plastic bags and doors sealed shut, with screams echoing from inside the house.

While many of these witnesses insist that they alerted law enforcement (the Cleveland Police Department claims to have no record of the calls, but is in the midst of an internal investigation to find out what, if anything, they missed), the people of Seymour Avenue were just as quick to report feeling ashamed that they didn't notice something sooner, didn't do something sooner. What, they ask, were they missing? Why didn't they put the horrific details together faster?

"The paradox that we have to start with is that most people want to do the right thing, but they don't always do it," social psychologist and bystander behavior specialist Dr. Alan Berkowitz told Salon on Friday. "So the question is: How do we encourage people to act on their impulses?"

The first step to ending bystander behavior, that deer-in-headlights tendency to keep quiet when we spot trouble (or fail to spot it in the first place), is education, experts say. Familiarity breeds confidence. The more people are equipped to properly identify when something is wrong -- like, say, the signs of violence that Castro's neighbors witnessed over the years -- the greater the likelihood that they'll do something to stop it.

When Charles Ramsey helped Berry escape by breaking down Castro's front door, he didn't think he was solving a decade-long kidnapping cold case. He thought he was intervening in a domestic dispute, something that his own history of intimate partner abuse may have, ironically, readied him for. Ramsey "may have had a sensitivity to the issue because of his own past," and that may have helped him spring into action, Berkowitz says.

Knowledge is power in breaking cycles of bystander behavior, and it can come in the form of open conversation with neighbors. Research shows that social cohesion, close relationships with community members, friends and family, can positively impact our willingness to get involved. And, because bystanders tend to doubt their own instincts, open conversation can provide opportunities for mutual confirmation about possible distress. Taking action can be easier when you have a group behind you, confirming your suspicion that something is wrong.

In practice, this can be as simple as telling a friend: "Do you know what's going on?" Or "I don't feel OK about this" when you see something that seems off. By sharing concerns and having them confirmed, people can feel emboldened to act.

"The United States is a very individualistic society. We tend to feel that we have to mind our own business and not mind other people's business. But if we act as a community or group that cares about each other in a way that is respectful," that's different than idle gossip or being a nosey neighbor, Berkowitz says. Instead, normalizing the discomfort of discussing these things openly can create the conditions for change, and  potentially save lives.

After education, the next step is figuring out what "taking action" looks like. For some on Castro's block, action meant calling the cops. Though, if the reports are true, the cops never actually went inside the house. So what if those neighbors had spoken to one another about what they saw, confirming amongst themselves how urgent the situation was by sharing multiple sightings of women who were banging at doors to escape? It's very likely they may have been more insistent with police, demanding that they thoroughly check the house.

All of this is now hindsight. These three women, after ten years of being subjected to terrible violence, kept away from friends, family and outside contact, are now free. Castro's neighbors, unaware of what they were witnessing, can only be left to ask what could have been done differently. And all we are left to do is ask what we can learn from them.

The Cleveland kidnapping case is an extreme example of a more generalized cultural problem: People tend not to get involved in other people's business for fear of being seen as rude or intrusive. Other times, they fail to spot signs of distress altogether. This impacts how we respond when we see a mother hitting her child in a supermarket, a man acting in a verbally abusive manner to a someone at a restaurant, and the many other "ordinary" ways that we observe subtle violence or injustice in our everyday lives.

But a shift away from bystander behavior and toward a culture of mutual respect and community accountability can change that, helping us to identify little problems -- like verbal abuse in our friend's relationships -- and much, much larger ones before real harm is done.