Road to recovery is long, but healing is possible for Cleveland kidnapping survivors 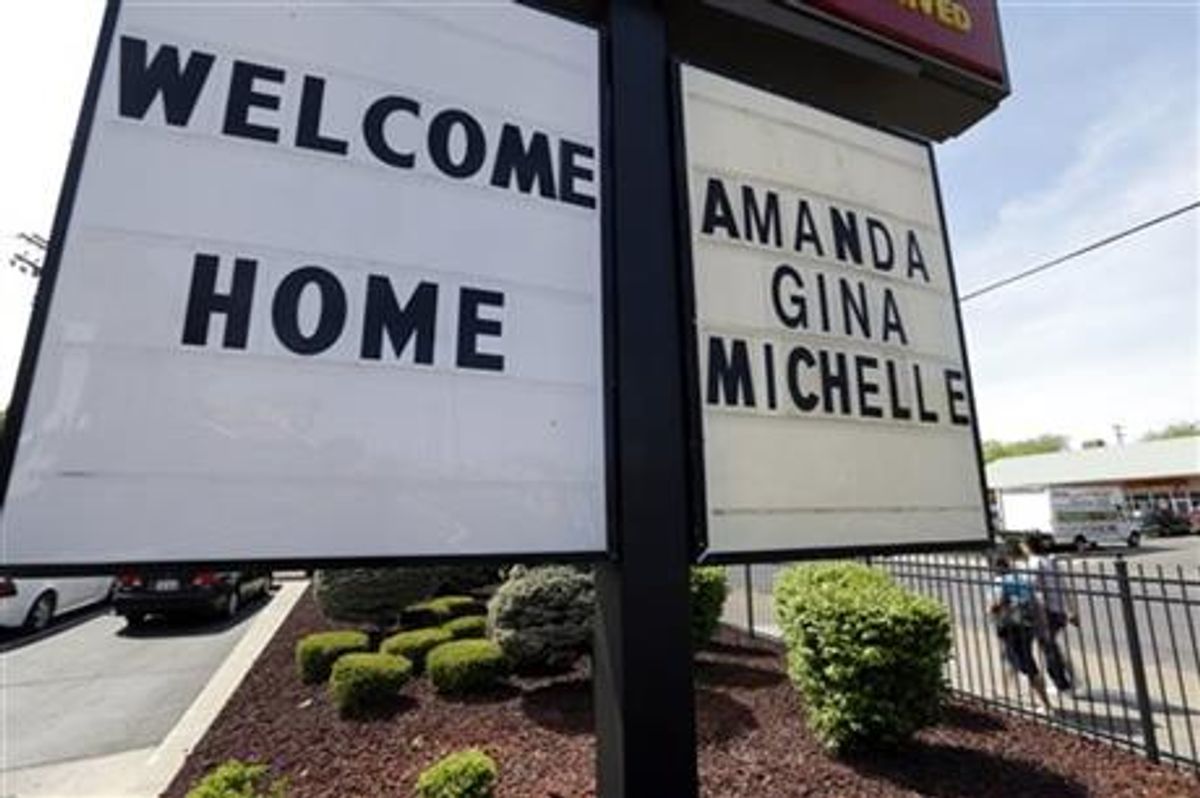 A welcome home sign is posted at a restaurant near a crime scene where three women were held captive for a decade in Cleveland, Ohio. (AP Photo/David Duprey)
--

On Monday, after a daring escape initiated by Amanda Berry and assisted by two neighbors, Berry, Gina DeJesus and Michelle Knight were finally freed from 10 years of violent captivity. After a decade of mental, physical and sexual abuse, the process of recovery for these three women will no doubt be long; but healing is possible, experts say.

In order to do so, mental health and trauma specialists say, these women will need the support of friends and family, therapy and, perhaps most important, privacy. "It is important, some therapists said, that the women not be turned into a spectacle, their identities as individuals diminished to 'kidnap victims,'" notes Erica Goode at the New York Times.

Research shows that survivors of long-term abuse, aided by therapy and strong relationships, can recover from past traumas and resume "normal" life; but healing can be a lifelong process, according to the Times:

Studies have found that about two-thirds of children who are kidnapped or abused have lingering psychological disturbances, including depression and the symptoms of post-traumatic stress disorder. The toll of prolonged abuse is physical as well as psychological, as the body tries to cope with constant fear...

Yet about 80 percent of abuse victims who receive trauma-focused weekly therapy show significant improvement after three to four months, studies find — the authorities in Cleveland are arranging for the women to receive trauma therapy, according to a person with knowledge of the situation. Some survivors of lengthy captivities can have continuing problems, especially if they were already experiencing emotional difficulties before their abduction, and so, are more vulnerable. Others — like Elizabeth Smart, who was abducted from her bedroom in 2002 at the age of 14, and Jaycee Lee Dugard, who spent 18 years as a prisoner after being kidnapped in 1991 and had two children by her abductor — have apparently done well, going on to write books about their experiences and work on behalf of other abuse victims.

Another possible resource for the three women? One another. Their shared presence in the home may have been a source of emotional support and a critical coping and survival strategy, according to Terri L. Weaver, a professor of psychology at St. Louis University who has been a consultant in long-term kidnapping cases.

“My hope would be that they could have provided some degree of support with one another,” Weaver told the Times, “and that may have aided in their ability to emotionally, and perhaps even physically, cope with the situation.”