The battle over Tamerlan's body

As a mortician, I see how people care most about corpses when they want revenge on them 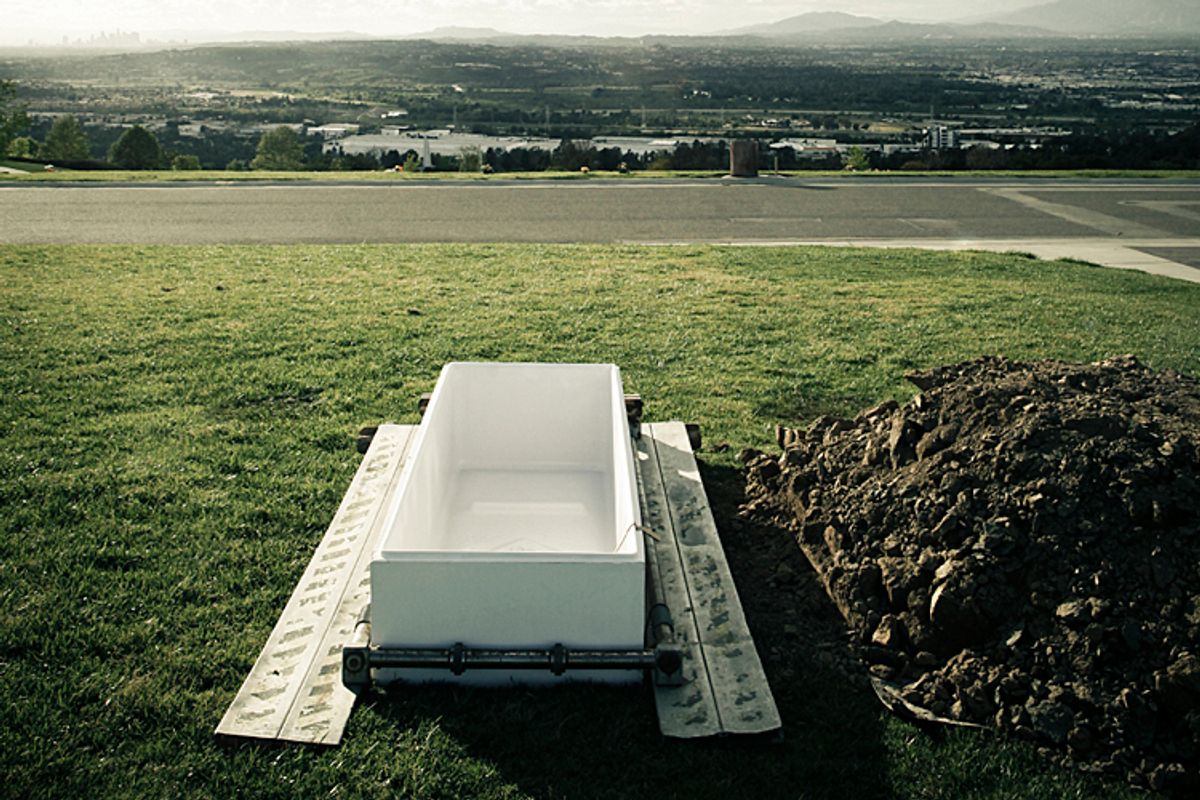 It may have taken a dead body America hates to get us to notice the many dead bodies we don’t.

For anyone not keeping up with the surreal journey of the Boston Marathon bomber's corpse, here is a brief recap. When Tamerlan Tsarnaev was killed following a shootout with Boston police, his body was first taken to the Medical Examiner’s office, as is protocol with any violent death. After its release, the body ended up at Graham Putnam and Mahoney Funeral Parlors, where the funeral director struggled for almost a week to find a cemetery willing to accept Tsarnaev’s body for burial. During that week protesters gathered outside the funeral home, waving signs and chanting “USA!” Finally, on Thursday it was announced the body had been quietly buried.

As the days wore on and nothing was done with Tsarnaev’s body, the Internet collectively developed into a legion of death-and-burial philosophers commenting furiously on social media and blogs. There were those who resided squarely in camp “Make the Corpse Suffer for Its Sins.” Commenters in that camp said things like, “send him back to Chechnya,” “don’t care that he’s a Muslim, cremate him and dump him over the ocean,” or the popular, “he killed a child, let him be torn apart by wild dogs.” Then there were those in camp “Hate the Man, Not the Corpse.” People in this camp believed that the body itself deserved a respectful burial, regardless of their thoughts about the man who used to inhabit it.

Whether the opinion on Tsarnaev’s ultimate disposal (“disposal” being the funeral industry jargon for what happens to a dead body) was gentle or savage, one thing became very clear: The corpse is important. After combing through hundreds of comments, one thing that was rarely, if ever, said was, “It doesn’t matter what happens. A corpse is just rotting meat anyway.” The general uproar over the fate of Tsarnaev's dead body seems to demonstrate that, as a society, we consider corpses to be significant emotional symbols. We have strong opinions as to where dead bodies belong, what is decent and respectful, what the dead do and do not deserve. Commenters on both sides of the debate are starting with the assumption that the burials we provide U.S. citizens are good, dignified and proper.

How, then, can we reconcile this outburst of emotion with Americans' ever decreasing interest in the dead body? The human corpse was once very much part of the lives of Americans. As recently as 100 years ago, a person died at home and was then kept in the home for several days after death. The body was washed, shrouded and buried by the family itself. Nowadays the job of corpse-wranglin’ is almost exclusively passed off to a funeral home and then to a crematory or cemetery, many of which are run by corporations. Most people are unaware that they have any other option than to pay for someone to come and take the dead away.

I’ve worked in the funeral industry for five years, and there is little about it now that resembles the early-American concern for the dead body. There is grief, to be sure, but there is also a significant amount of apathy regarding the physical remains. There is nothing more depressing than cremating a young child with no family present, or the line of plastic urns still waiting to be picked up weeks after a death occurred. Many a burial has involved driving a casket to the cemetery and standing there alone at the graveside as the cemetery workers lower it into the ground and a construction backhoe rolls in to dump dirt into the hole. Most phone calls about cremation end with, “Oh, I didn’t realize you could mail me the ashes. Just do that.” There is even a Twitter account called “Bored at a Funeral” dedicated solely to retweeting how uninterested we are in modern ritual surrounding death.

Consider, too, that these are the dead bodies that have families who were willing to pay for their cremation or burial. In Los Angeles, the unclaimed dead, mostly homeless and indigent, are cremated and held for a period of time in the hopes that someone will step up to claim the ashes. If the remains remain unspoken for, their ashes are dropped into a mass grave in the Boyle Heights neighborhood, often well over 1,500 sets of ashes at once, marked with only a small plaque stating the year they were buried. When commenters say, “Tsarnaev deserves nothing better than his ashes dumped in a hole somewhere,” they are probably unaware that this is common practice.

Given this evidence, it would appear that we are inspired to care about the fate of a dead body only when we seek revenge upon it. Instead of concentrating so intensely on what will happen to Tsarnaev, a man very few of us actually knew, perhaps it’s time to address what we really want to happen to the bodies of those we love.

Caitlin Doughty is a licensed mortician and writer living in Los Angeles.  She is the founder of The Order of the Good Death and the host of the “Ask a Mortician” webseries. W. W. Norton will publish Caitlin's memoir, "Smoke Gets in Your Eyes: And Other Lessons from the Crematory," on September 15. Follow on Twitter at @TheGoodDeath.