Would we ever tolerate "Breaking Muslim"?

The reality show "Breaking Amish" returns to TLC, insulting a serious faith as something from which to be liberated 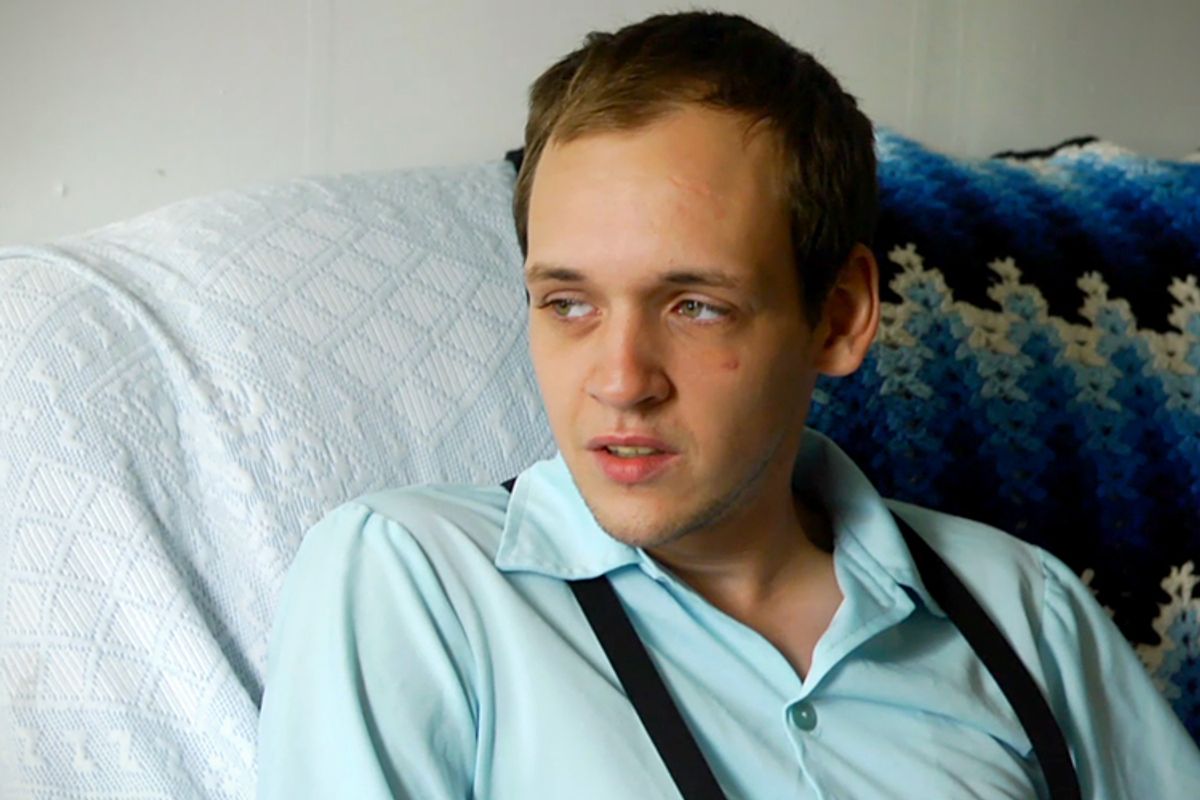 While comprising only a small sliver of the American populace, Anabaptists exist in virtually uncountable varieties. Groups that go by the names Amish and Mennonite come in myriad variations in practice. You may hear the Mennonite tradition, into which I was born (on the religiously progressive end of the spectrum), described as “the modern kind” or “the ones who dress like everybody else,” even by our own members. Still, at my home congregation, it’s typical to see men dressed in plain suits and women wearing head coverings, especially among the older generations. My maternal grandmother, for example, dressed with traditional modesty, kept her uncut hair in a bun and wore a covering on her head. She was, I gather from photographs, a looker in her day and, from childhood memories, opinionated with a hint of a confrontational streak. Reality television would have relished the opportunity to “break” young Lizzie Yoder.

Many viewers of "Breaking Amish," the hit TLC program that invited audiences to watch five young Amish and Mennonite individuals lose their religion during the series’ debut season, readily identified the show as exploitative and crude. But the uproar generated by the show was not so much a reaction to its degrading concept but a result of the betrayal audiences felt over a television network with a reputation for factual programming (TLC began as a project of NASA and the predecessor agency of Health and Human Services) having hooked them with a reality drama of existential consequence for its cast only to reveal that essential elements were faked.

Despite the initial pretense that the show’s ensemble of five young people shipped off to New York City were fresh-off-the-farm innocents, evidence quickly surfaced that cast members were far from the naïve and wide-eyed Anabaptist characters from Amish Country introduced to audiences. Social media pages discordant with portrayals on the show, arrests, jail time, previous attempts at getting famous, marriages and divorces (standard reality casting, actually) -- they all suggested the cast had abandoned their traditional Anabaptist lifestyles well in advance of going in front of the cameras.

In other words, TLC did not, as advertised, attempt to lure (the producers prefer “help”) young people away from their faith traditions and families; the network just wanted you to think they did. Audiences were upset not because a popular TV channel was unashamedly testing the resiliency of a sheltered cast’s religious upbringing and connection to their communities with the temptations of Manhattan’s bars, tattoo parlors and strip clubs but because it wasn't!

The show’s subjects, as it turned out, had already decided – as is their right – to leave their plain lives well before going on the show. TLC was not, in actuality, meddling in the religious lives of their Amish and Mennonite cast, at least not in the way portrayed.

But the fact that TLC would actually fake the intrusive exercise and stoop to stunts like parading unreligious people in religious garb – in one scene, standing them in a circle to be gawked at in Times Square – makes for what is probably something even more problematic. The cast is nonetheless still being mocked, and so too is the viewing audience and a centuries-old faith tradition. That it was staged may offer a small amount of relief, but the show represents attitudes that anyone should find disquieting. Much like the bully whose calculus of cowardice makes him pick out the smallest and quietest kid, the one who won’t snitch, if TLC and its owner Discovery Communications didn’t think they would have a PR disaster (or worse) blowing up in their network offices, they wouldn’t hesitate to broadcast the “breaking” of yeshiva students, Catholic nuns, or conservative young Muslims.

To understand "Breaking Amish" and its follow-up "Breaking Amish: Brave New World," set to premiere Sunday on TLC, it’s instructive to look at the shows' provenance. The "Breaking" franchise -- which, rest assured, will not grow to include "Breaking Jewish," "Breaking Catholic" or "Breaking Muslim" -- is produced by Hot Snakes Media, which is also the production company behind the Discovery Channel’s "Amish Mafia." In Hot Snakes’ three-year history, out of the seven seasons of programming the company has produced or has in production, only two don’t have “Amish” in the title.

Those two Amish-free seasons were in the form of the company’s first project, "Operation Osmin," a reality show that ran on cable network nuvoTV in 2011 and 2012. "Operation Osmin" featured overweight and out-of-shape subjects undergoing immersive, unconventional fitness regimes at the hand of a tanned, muscular, insanity-projecting character named Osmin Hernandez, who we’re told is a former elite Cuban army trainer. Whatever his story, his special ability is making any object in South Florida the basis for an exercise routine for his flabby charges.

In "Breaking Amish," the subsequent venture by Hot Snakes (from where they’ve gone Amish and haven’t gone back), the company simply re-uses the template tested in "Operation Osmin": Throw seemingly everyday people into an extreme, contrived environment and watch to see if they will lose their baggage. Only love handles and poor eating habits get swapped for being raised Mennonite or Amish. And in place of an intense 30-day regimen with a lunatic Cuban army trainer, subjects get a conflict-baited foray into Manhattan’s nightlife.

Taken together, the shows’ makers reveal a view that equates a religious upbringing – or actually, one senses, simply having parents or a sense of commitment to anything larger than one’s own gratification – to be on par with a weight problem: Inconvenient baggage from which to be liberated.

Of course, a sense of responsibility to something larger (one’s family, heritage, God, commitments) is not like being large. Even in individualistic and obese America, an inkling of the former is still more universal than the latter. Anabaptists probably emphasize the bonds of community more than most groups, but the notion of purpose beyond oneself surely doesn’t make them unique. Neither would they be the only group offended by the idea of “breaking” their young people, let alone televising it (or, take your pick, fake-breaking them as their ethnic markers and sacred symbols are belittled). It’s one thing to document someone’s quest to get in shape, it’s quite another to thrust cameras into a person’s decisions about their religious life and how they will choose to honor their cultural heritage.

Outsiders may view growing up Amish or Mennonite as unfortunate baggage and deem whether to remain in the faith a fraught choice – perhaps it is. But it’s not unlike the choices faced by anyone else concerning how to approach spirituality, be true to oneself, deal with family expectations, respect personal commitments and honor inherited traditions.

Everyone has the right to decide how or whether to worship. Indeed, Amish and Mennonites believe these things as firmly as anyone. In Europe, Anabaptists were early adopters of ideas such as the right of individual choice (demonstrated in adult, not infant, baptism), freedom of worship, separation of church and state – notions that would go on to be enshrined in the constitutions of Western democracies hundreds of years after Anabaptists first enunciated them, and often died for them.

But the right to choose doesn’t imply triviality, nor make a topic the purview of unscrupulous TV producers or the millions who would want to watch.

In the first season’s narrative, all of the "Breaking Amish" cast decide after their arrival in New York to leave their faith communities. In the parlance of the show, riffing on AMC’s "Breaking Bad," they’ve all broken English. The 100 percent break rate of TLC’s Class of 2012 conveniently sets up the group to be followed in the spinoff "Brave New World," and clears the deck for a fresh batch of Anabaptist young people to be the new Class of 2013 (seven of them, TLC tells us), slated for Amishsploitation later in the year in the second go-round of "Breaking Amish" proper. For its sins, a show that should have been shunned by TV executives at the concept stage gets made anyway only to have serious authenticity problems, and it not only gets renewed, it gets a spinoff, as well.

In "Breaking Amish: Brave New World," “We'll pick up with the group in Florida,” TLC touts. “They're trying to make a fresh start, but some of the challenges they faced last season will resurface again as they experience culture shock, make some unexpected enemies, and struggle with finances, romance and career choices.”

Why Florida? Because filming is in Sarasota, where there is a sizable Amish and Mennonite community. So unlike taking them to unfamiliar New York to break them, this time TLC is taking the cast to Sarasota to parade their conquests among the faithful. Reality shows long ago crafted the art of ginning up conflict among their casts. But here a show is intentionally looking for conflict in an ethnic community — well beyond the small numbers who signed up to be in the cast or the studio audience. The show will present Sarasota as unwelcoming and intolerant of the cast. But it’s the makers of the show who are in fact the bigots.

Channel Guide Magazine recently asked "Breaking Amish" cast member and aspiring model Kate Stoltzfus, like me from Lancaster, Pennsylvania, and a distant cousin, the best and worst things about filming the show in Florida (where she was arrested in Boca Raton for drunk-driving before she was ever the “sheltered” Pennsylvania girl made a reality star in New York).

“The best part was going to Florida for a vacation in the middle of winter,” she answered. “The worst was spending it in the middle of a community of Amish that I knew wouldn’t want us filming there.”