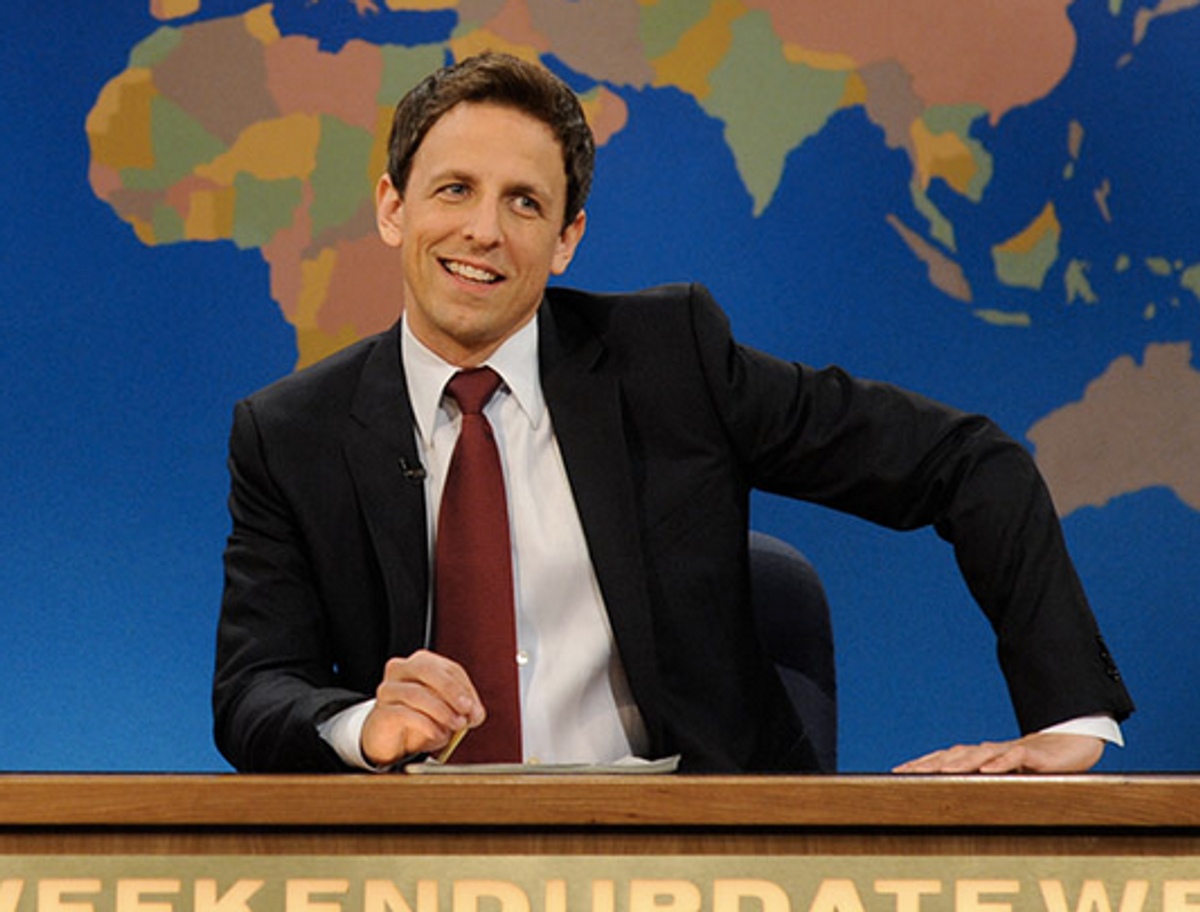 NBC made the appointment, which had been widely expected, one day before Mr. Meyers was to be introduced to advertisers at NBC’s presentation of its new programming lineup at Radio City Music Hall in Manhattan.

The assignment will keep Mr. Meyers under the production leadership of Lorne Michaels, who will continue to serve as executive producer of “Late Night” as well as serving in the same position on Mr. Fallon’s “Tonight Show” as it moves to New York. (And of course, he will remain in charge of “SNL.”)

In an interview before taking the stage on Saturday’s edition of “SNL,” Mr. Meyers said, “Working at ‘SNL’ requires 100 percent of your mental capacity — on easy weeks. And so I had not really spent a lot of time thinking about what I was going to do next. Obviously I can’t quit Lorne. So this seems like a pretty good deal that I have an opportunity to keep working with him.”

While sentimental about leaving his home at "SNL," Meyers sees the move as a natural fit: “It always seemed like a logical next move,” he said. “It was just competing with the very emotional idea of leaving a place I have been for a very long time."